Stories of struggle, overcoming odds, slowly climbing the ladder and finally making it to top – these are the types of stories worth sharing.

There’s nothing more inspiring than reading an epic rags to riches or struggle to success story. It’s a classic genre that we all love. It reminds us that anything is possible – especially when we put in the work.

The world of business is indeed one of the most difficult places to be in. Competition is always stiff and you have to work extra hard to earn your place in the industry. To be honest, it’s not for the faint-hearted or risk adverse.

The road may be muddy and rough, but if you really want to succeed, you have to work hard and maintain a positive attitude.

3 Entrepreneurs Who Overcame the Odds

Any time you feel beat down on your journey to success in entrepreneurship, I want you to think about these 3 people. These are the 3 people who didn’t take no for an answer. These are the people we should all strive to be like. 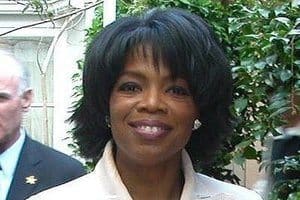 It’s safe to say that Oprah Winfrey is one of the most famous people in the world.

She’s a host of a successful TV show (and network), philanthropist, producer and actress. But she is more well-known for her huge success as an entrepreneur having been dubbed as one of the richest women in 20th century and is the first African-American billionaire.

Amidst all of this success, Oprah Winfrey was not always the queen of the world she is today.

She was born in a poor community in Mississippi to a single mother and lived in extreme poverty for the first part of her life. By the time she came of age, she struggled to keep afloat and go to school.

But Oprah Winfrey was determined to beat the odds, and by high school she got her first gig as a radio host. From then on, she worked hard. Really hard. At age 32, she became a millionaire with her talk show going national. (A ‘little’ show called the Oprah Winfrey Show.)

Related:  Why Self-Sabotage Is Your Worst Enemy As An Entrepreneur

Years later, she is now the owner of the cable network OWN, The Oprah Magazine and runs the extremely popular lifestyle website Oprah.com.

According to Oprah Winfrey herself, “I don’t think of myself as a poor deprived and ghetto girl who made good. I think myself of somebody who from an early age knew I was responsible for myself and I had to make good.”

“We can’t become what we need to be by remaining what we are.” – Oprah Winfrey Definitely not one of the richest, but Milton Hershey will forever be remembered for his incredibly delicious chocolate. Although not a “rags to riches” kind of story, Milton Hershey experienced many struggles in his quest to create The Hershey Chocolate Company.

Growing up in a rural community, Milton Hershey helped his parents on the family’s farm. There he developed the love and the value of hard-work and understood the concept of taking massive action.

In the year 1871, Hershey started working in a local printer, but left shortly because he didn’t find the work interesting.

At 14, Hershey worked with a candy maker in Lancaster. During the course of his employment, he studied and practiced how to make confections and after four years, he started to venture into the business on his own.

Here’s where it gets cool.

With nothing but for the knowledge he gained during his time in Lancaster, Hershey built his first ever confectionery business. The venture operated for a short six years and was bankrupt. For the next years, he would start two other but would fail in the end.

Hopeless, without money and disowned by his family, Hershey returned to Lancaster from New York. With little cash and faith, Hershey attempted for the last time to build the Lancaster Caramel Company.

Realizing that Chocolate had a better future than Caramel, Hershey shifted from making caramels to chocolates. And the rest is history.

Related:  The Simple Guide to Becoming An Entrepreneur

Since then, Hershey’s chocolates have been sold worldwide and it continues to be a crowd favorite. What do you think would have happened to Mr. Hershey if he had just given up? Better yet, what would you have done?

Milton Hershey shows us that despite of numerous failures, it’s never an option to give up. Persistence coupled with the drive to succeed is the perfect mix to achieve anything.

“One must have a reasonable optimism. It is the force that makes the world go.” – Milton Hershey You’ve probably heard the name Nick Woodman but you’re not sure where. Nick Woodman is the owner of the fastest-growing camera company in America, GoPro and is considered one of the youngest billionaires in the world.

However as a young entrepreneur, Woodman also encountered his fair share of business mishaps. Let’s start from the beginning – a place where you might actually understand all too well.

Woodman was not an A student in college and was like any ordinary student. In the height of the online frenzy in the early 2000’s, Woodman tried his luck and built two online startups.

His first venture was the e-commerce site, EmpowerAll.com. It didn’t gain any profit and was eventually closed down. He attempted one more time with the online marketing company, FunBug. It seemed to be going well for Woodman, but in 2001, he had to shut down the site because it just didn’t work out.

“I mean nobody likes to fail, but the worst thing was I lost my investors’ money and these were people that believed in this young guy that was passionate about this idea… you start to question: are my ideas really good?”

Failing the second time, Woodman decided to take a long break. After the much needed rest, Woodman set off again and created the GoPro. But because of the fear to lose GoPro again like Funbug, Woodman worked as hard as he could. He fully committed to succeed and he did.

Nick Woodman’s story only tells us one thing. AGE and FAILURE are not strikes against you when you’re working towards success and pursuing a business idea. Many young people are hesitant to work on their ideas because they believe that age is such a negative factor, that people won’t believe them.

These next few years could be the game changers for you. Don’t you want to look back 20 years from now and say, “Yea, I took some massive chances, pursued my passions, and took the bull by the horns. Not a single thing stood in my way.”

If you’re reading this, I’d bet money that one day you will.

Wrapping Up and My Final Thoughts

Three very different people, but with one simple (and profound) story to tell.

Everything may seem so out of reach right now, but don’t take no for an answer.

In business, or in any other field, industry or anything in this world at all for that matter – nothing comes easy. Chasing success is like running through a dark, narrow, and endless tunnel.

You get exhausted from running and blinded by darkness, but you see a teeny tiny hint of light and you can’t resist but to continue going to that direction.

Success takes hard work, sacrifice, and possibly a whole bunch of failures, but if you take it positively and turn your failures upside down – everything will fall into place at the end of the day.

Have faith and as always, I highly recommend you sign up for the Wealthy Gorilla newsletter. You’ll get no-fluff inspiration like this on a daily basis to blast through all roadblocks.

7 Points You Need to Focus on to Grow Your Startup

9 Signs You’re Destined to be an Entrepreneur

10 Reasons Why Most Business Startups Fail 3 Entrepreneurs Who Overcame the Odds & What We Can Learn 6 Reasons Why Entrepreneurs Should Travel