Sometimes you may feel like you can’t live without your car.

In fact, you can’t even remember a moment in your life not ever having one. Like television and the internet, cars are ingrained with the modern human’s existence.

They fill up our highways; take up spaces in our properties, and they’ve populate our media from commercials, movies, to animated films.

However, with the surging prices of petrol and the increase of car values – more and more people are appreciating the freedom of a car-free life.

Cars are pretty useful, there’s no doubt about that. And they are needed by many people and businesses for transferring goods, deliveries, and moving families from one state to another.

Some places are even impossible to get by without a car because everything is miles away from each other. BUT we have already reached a point where heavy automotive use has resulted to negative effects in our society.

…says Taras Grecoe author of the book Straphanger: Saving Our Cities and Ourselves from the Automobile. The world is not growing any bigger.

Many cities all over the world are realizing this and are currently developing new ways for transportation so people can break free from their dependence to private automobiles. Is the world ready for a car-less future?

Here are 7 reasons that may convince you:

Owning a car is a big expense. You’ll have to pay for gas, parking, and ridiculously high insurance payments.

I’m not even mentioning garage space, tires, and monthly repairs. According to AAA’s 2015 Your Driving Costs study, the average annual cost to own and maintain a car is around $8,698.

That’s more or less equal to 57 cents for each mile and around $713 per month to cover costs of maintaining a car. Compared to taking the bus or any other public transit, which usually works to just about $98 a month, cars are expensive to own.

2. We’re Running Out of Spaces to Park Them

There are over 1.2 billion cars in the world today. Its rapidly growing in emerging markets such as China, and of course the US. This has caused a lot of unforeseen problems, one of which is in parking.

In the US alone, car parks take up approximately around 8,959 sq. km according to Eran Ben-Joseph, landscape architecture and planning professor at MIT. That’s about the size of Jamaica or Puerto Rico.

Parking problems has not only caused frustration among drivers. In some places many front gardens are converted to driveways. Streets are clogged up with parked cars, and properties are converted to extra parking space.

A study has found that Newbury will run out of car parking spaces in the next 10 years. Hospitals in Cumbria are facing the same problem. Britain, with now more than 28 million cars is experiencing shortage in parking places.

If people didn’t own many cars, we wouldn’t have too many problems in parking.

3. They Are Bad For Our Health & the Environment

Many people around the world live in areas with poor air quality caused by pollution from automobiles. Running your vehicle involves combustion of fossil fuel which emits plenty of harmful gasses that affect our environment.

If more than half of the world’s air pollution is caused by automobiles, there will certainly a big difference if many people would start reducing their car usage.

Similarly, frequent driving can also be bad for our health.

Ridesharing companies like Uber, Lyft, and Sidecar work to make commutes trips easy and stress-free. If you’ve got yourself a car in a ride sharing service you won’t have to drive, spend hours looking for parking space. Plus you’ll only have to spend money when you need a ride.

In china, car-sharing is becoming to take hold in many major cities including Beijing and Hangzhou. Car sharing is simply one of china’s transport demand management strategies to control their ever-growing problem of air pollution and traffic congestion.

Car sharing is such a great mobility innovation because it reduces the number of automobiles in the city, all while meeting people’s demand for personal mobility.

5. These Car-Alternatives Are Making the World a Better & Safer Place

Cars are not the only vehicles that can get you around the city.

Bicycles can get you through traffic and don’t emit any harmful gasses. Taking the bus or subway is cheaper and can save you more than $500 a month. Plus you’ll meet more people and have a more relaxed journey to your destination.

If you live in the city. Everything is just a walk away and you may not need a car. Besides, walking will get you your much needed exercise, and burn all those calories you’ve been having in excess.

Driving makes you disconnected from the world. You become a mere observer.

You don’t really feel like part of the scenery until you walk and hear people having conversations, smell the delicious fresh baked bread in the bakery every morning, or see all the little children playing across the street.

6. You Can Sell Your Car to Travel

Do you know how much your car is worth?

When looking to fund travel adventures, most people sell their old belongings that may not be of use to them anymore. Cars for example, can be sold for good price if they are upgraded and tweaked for better use.

There are different ways to sell your car but most car agent’s look at the following factors to determine your car’s value: age, model, and condition.

7. We May Not Need Cars in the Future

Researchers believe we’ve reached “peak car”, “the point at which traffic growth stops, and potentially even falls on a per capita basis”.

This could mean the start of “carpocalyspe” – where owning a car would be a lot like owning a horse. Where technology will destroy the need to own one. And if you look closely, it’s already happening.

Everything can be done remotely, from groceries, working, and catching up with your old friend.

Supermarkets, theaters, and schools are simply a 15 minute walk away in most cities, and you don’t need to drive to get where you want to be. For decades people relied on cars to get from one place to another.

However, now with the improvements in transportation along with digital revolution, our world may be going to need them less and less.

Have you ever thought about getting rid of your car? Leave a comment below. 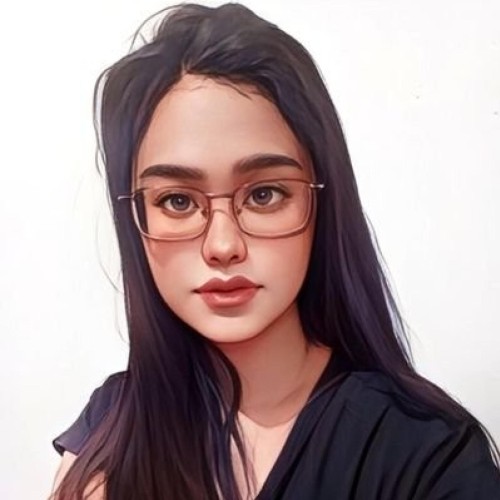 Armela Escalona
Armela is a blogger and freelance writer whose passions include pizza, poetry, and cats. She likes to photograph trees, play scrabble, and watch history documentaries. Follow her on Twitter.

Karl Malone made his fortune as one of the most consistent basketball players in NBA history, signing more lucrative contracts than any other player.