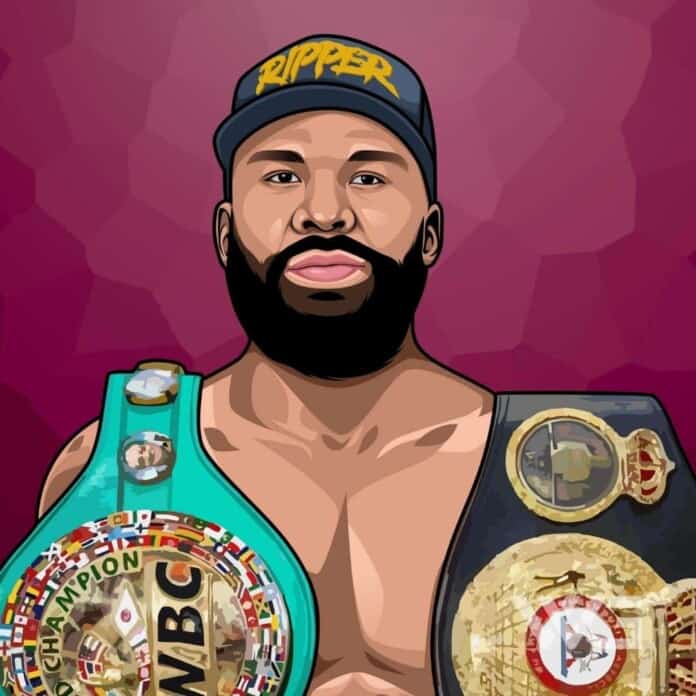 What is Badou Jack’s net worth?

Jack is a former world champion in two weight classes. He has held the WBC super-middleweight title from 2015 to 2017. As an amateur, Jack represented The Gambia at the Olympics in 2008.

He reached the first round of the middleweight bracket.  Jack is known for his sizable heart inside the ring, and he is showing the same holds outside the ropes.

Badou Johannes Gabriel Jack was born on the 31st of October, 1983, in Stockholm. Jack started his amateur boxing career in 2001 when he was 18 years old. He won Sweden’s national championship five years in a row.

He was named the boxer of the year by the Swedish Boxing Federation in 2007. The following year, he defeated fellow rising star Erik Skoglund in the finals. He qualified for the 2008 Olympics for the Gambia in the middleweight division.

Jack started his professional career in Sweden, where he won his debut fight in 2009. His next fights were contested in Sweden and Finland.

After he met the former heavyweight champion, Shannon Briggs, he would move to the U.S in 2010 to train with Briggs and eventually sign with Lou DiBella and the Warrior Boxing Promotions in 2011. In 2011 and 2012, he would fight and win 6 times.

His biggest win came against Alexander Brand in 2012 by an eight-round split decision. Following his success extending his record to 11-0, he was spotted by Floyd Mayweather in a sparring session. Mayweather was impressed and quickly signed Jack to his Promotions and his team.

In 2018, Jack revealed that he would not fight in the year and would return the following year. Marcus Browne called out Jack to fight him in an open division.

Two years later, Jack was booked to fight Blake McKernan on the 28th of November in 2020. With this booking, many felt as McKernan would be a fight for Jack to continue to stay active while waiting on the rematch against Pascal.

How Does Badou Jack Spend His Money?

Badou Jack lives in Sweden with his family, and he has been seen driving around in a Dodge car.

Jack owns a home in Stockholm, Sweden, where he lives with his family. In his car collection, we can see a Dodge car.

Here are some of the best highlights of Badou Jack’s career:

“I got caught and that was that. But everyone in my team kept their faith in me and I knew that it was only a matter of time before I would fulfill my dream of becoming a world champion. It was at that point when I decided I needed to make some changes and I hooked up again with Lou. We’ve been together ever since.” – Badou Jack

“Obviously there was that flash knockdown in the first, so I didn’t get off to the best start. My footwork let me down, I was too square on and got caught. But apart from that, I landed way more punches and was hurting him. I was the aggressor all the way through and put him on the floor in the final round. It’s not an excuse but although I made the weight OK for the fight I didn’t feel that strong.” – Badou Jack

“By the time I woke up the next morning, the number had risen to almost 60. I couldn’t believe my eyes. To think something like this can happen on your doorstep. I live about a 15-minute drive from where it took place so not that far away. It certainly puts things into perspective.” – Badou Jack

“He has defended the title eight times, so you’ve got to respect his achievements. He’s also a far better boxer than he’s given credit for. Some people are saying that age could be a factor in my favor. But he’s a young 40 for his age – just like I’m a young 35 for that matter – and he hasn’t taken a lot of punishment, so I don’t think age comes into it.” – Badou Jack

Now that you know all about Badou Jack’s net worth, and how he achieved success; let’s take a look at some of the lessons we can learn from him about hard work:

Failure is often unpleasant. Your decision to analyze and learn from it is the best key to success.

Don’t give up on an idea or a process before you’ve had time to practice it consistently.

No amount of talent can supersede hard work. If you have natural ability, don’t expect it to automatically generate success. It won’t. It’s all about hard work and dedication. Fight day by day.

How much is Badou Jack worth?

Badou Jack’s net worth is estimated to be $1 Million.

How old is Badou Jack?

How tall is Badou Jack?

What do you think about Badou Jack’s net worth? Leave a comment below.