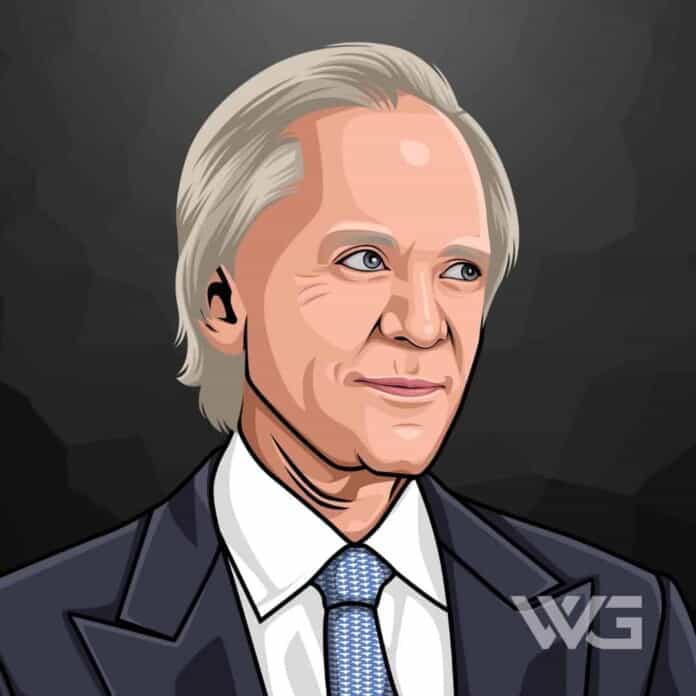 What is Bill Gross’s net worth?

Bill Gross is an American investor and fund manager.

As of February 2023, Bill Gross’s net worth is estimated to be roughly $1.6 Billion.

Gross is the son of Shirley and Sewell Mark Gross. He has raised a Presbyterian, and he moved with his parents to San Francisco in 1954.

Gross graduated from Duke University in 1966. He then served in the Navy between 1966 to 1969. He left the Navy in 1970 with the Tet combat and Vietnam active service ribbons. The following year, he earned an MBA from the UCLA Anderson School of Management.

Gross earned his credentials while working as an investment analyst for Pacific Mutual Life between 1971 and 1976. He managed one of the world’s most significant mutual funds focusing on bonds and fixed-income investments. He co-founded Pacific Investment Management and managed PIMCO’s Total Return fund.

At PIMCO, he controlled more bond money than anyone in the world. Following the collapse of Wall Street, he emerged as one of the nation’s most influential financiers.

In the 1990s, he authored two market books on investing. In 2008, Gross’s funds netted the U.S. $1.7 billion after Fannie Mae and Freddie Mac’s federal takeover.

In 2019, Gross announced his retirement from Janus Henderson Investors and active fund management. He stated that he would focus on managing his personal assets and private charitable foundation.

How Does Bill Gross Spend His Money?

Bill Gross is one of the most influential businessmen in the United States. He is a very wealthy man and has a huge passion for playing golf.

Gross owns a beautiful mansion in California. He purchased the home for $32 million. The villa comes with a private access beach and cove.

gross is an avid stamp collection, and in 2005, he formed a complete collection of 19th-century U.S postage stamps.

Gross loves to play golf, and he played with Tiger Woods and other professionals at the AT&T Pro-Am at Pebble Beach.

Here are some of the best highlights of Bill Gross’s career:

“When does money run out of time? The countdown begins when investable assets pose too much risk for too little return; when lenders desert credit markets for other alternatives such as cash or real assets.” – Bill Gross

“Accountants, machinists, medical technicians, even software writers that write the software for ‘machines’ are being displaced without upscaled replacement jobs. Retrain, rehire into higher paying and value-added jobs? That may be the political myth of the modern era. There aren’t enough of those jobs.” – Bill Gross

“Bond investors want growth much like equity investors, and to the extent that too much austerity leads to recession or stagnation then credit spreads widen out – even if a country can print its own currency and write its own cheques.” – Bill Gross

“In questioning initially whether I am a great investor, I open the door to question whether other similarly esteemed public icons like Bill Miller are as well. It seems, perhaps, that the longer and longer you keep at it in this business the more and more time you have to expose your Achilles heel – wherever and whatever that might be.” – Bill Gross

“What the Obama administration’s policies have really been oriented towards have always been towards providing benefits continuing consumption. What this country needs really is a policy which stresses investments.” – Bill Gross

“Back then, we were known as badasses. Between banks and insurers, there was a friendly atmosphere, but we were definitely not friendly. We were looking for every penny we could get. The result was an investing empire that peaked at $2tn of assets under management in the wake of the financial crisis, which Pimco navigated with aplomb.” – Bill Gross.

Now that you know all about Bill Gross’s net worth and how he achieved success; let’s take a look at some of the lessons we can learn from him:

People have different impressions of themselves, and where reality lies is somewhere between.

Finding the best person or the best organization to invest your money in is one of the most important financial decisions you will ever make. One of his biggest lessons includes the need to find contrarian ideas that you know to be true but that no one believes yet.

Human nature means that institutions at some point lose their sense of mission. Gross has not gotten where he is by being an island. He learned in his career that you NEED a team of talented individuals to help you achieve success.

How much is Bill Gross worth?

Bill Gross’ net worth is estimated to be $1.6 Billion.

How old is Bill Gross?

How tall is Bill Gross?

Bill Gross is an American investor who first gained national attention as the co-founder of Pacific Investment Management, which today manages $2 trillion.

He is one of the most well-known financial managers worldwide. In 2014, he left PIMCO and became fund manager for the Janus Capital Group, now known as Janus Henderson.

What do you think about Bill Gross’s net worth? Leave a comment below.

What is Courage JD's net worth?  Introduction   Courage JD is a...