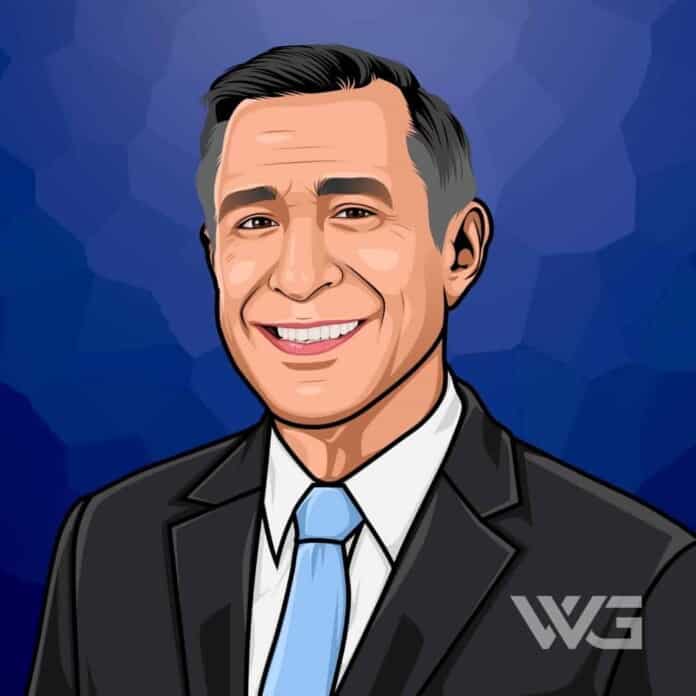 What is Darrell Issa’s net worth?

Darrell Issa is an American businessman and politician. Issa is the U.S Representative for California’s 50th congressional district. A member of the Republican Party, he previously served in the United States House of Representatives from 2001 to 2019.

From January 2011 to January 2015, he served as Chairman of the House Oversight and Government Reform Committee. He has served as CEO of Directed Electronics, which he co-founded in 1982.

Darrell Edward Issa was born on the 1st of November, 1953, in Cleveland, Ohio. Issa is the son of Martha and Williams Issa. His father was a Lebanese American, and his mother is German and Bohemian. In 2006, he was one of four Arab American members of Congress.

In 1970, Issa dropped out of high school and enlisted for three years in the Army. He became an Explosive Ordnance Disposal technician assigned to the 145th Ordnance Detachment.

Before Issa became a politician, Darrell was the CEO of Directed Electronics, a California-based manufacturer of branded automobile security and convenience products. DEI pioneered the concept of creating a loud noise when a car was disturbed.

In 1999, Issa decided to sell DEI. Sales were $60 million per year. In 1999, Darrell sold his stake in DEI to a Florida-based private equity firm called Trivest.

As a member of the Republican Party, Issa is best known for his conservative political viewpoints. He was a steady supporter of authorization of the PATRIOT Act, Department of Homeland Security creation, Patriot Act Re-authorization in 2005.

Issa was against abortion, Employment Nondiscrimination Act, and Stop Online Piracy Act. On the other hand, he was one of the sponsors of the Cyber Intelligence Sharing and Protection Act, Fair Copyright in Research Works Act, and Research Works Act.

Issa became a Chairman of the House Oversight and Government Reform Committee in 2011. As for his private life, he is currently living with his second wife, Kathy Issa.

How Does Darrell Issa Spend His Money?

Here are some of the best highlights of Darrell Issa’s career:

“Remember, America’s greatness is based on creating wealth like the rest of the world has never known, and then, making sure it’s shared throughout a middle class and even the underprivileged.” – Darrell Issa

“It’s very simple. If the American people care about a lot of things, including corruption in government, then, in fact, if you use the power to appoint in order to do political business, to clear fields, to save your party money, and so on, if it’s not a crime – and I believe it is – it certainly is business as usual, politics of corruption” – Darrell Issa

“Told reporters Wednesday he can support a pathway to citizenship for some of the 11 million illegal immigrants in the U.S. and that he actually prefers it to a plan that would create a second-class of citizens through alternative programs.” – Darrell Issa

“I support the framework that the bipartisan group of senators is working on…We have to remember the 11 million people who are here are people…[i]t’s what Abraham Lincoln would have said. It is what the Republican Party stands for. It is the reason we have to get it right on who stays and who goes.” – Darrell Issa

“He could have used campaign funds if he was on an official trip with a fact-finding. Was a legal way. There also are legal ways to have you and your family transported by nongovernment entities for fact-finding. There are lots of things that almost get there, but very clearly we live in a bubble with a lot of rules.” – Darrell Issa

Now that you know all about Darrell Issa’s net worth and how he achieved success; let’s take a look at some of the lessons we can learn from him:

You know, it doesn’t take a genius in the private sector to know that you can save hundreds of billions of dollars in federal spending literally if you can make it more responsive. That’s the main job.

Some people want to amass a great amount of wealth and make a great-looking obituary.

How much is Darrell Issa worth?

Darrell Issa’s net worth is estimated to be $460 Million.

How old is Darrell Issa?

How tall is Darrell Issa?

Darrell Issa is an American businessman and politician who is the richest member of Congress. Issa earned his fortune as the founder and former CEO of a company called Directed Electronics INC.

He was born Darrell Edward Issa in Cleve land, Ohio. Issa is the current US representative for California’s 49th congressional district, which covers parts of San Diego and Orange Counties, including cities such as Vista, Oceanside, Encinitas, and Carlsbad.

What do you think about Darrell Issa’s net worth? Leave a comment below.

What is Bette Gilpin's net worth? Introduction  As of ,...

Introduction  Giorgio Armani is an Italian fashion designer from Piacenza,...

What is Ree Drummond's net worth?  Introduction As of ,...