Which are your favorite Dayton Duncan quotes?

Dayton Duncan is an American screenwriter, producer, and political aide.

He is most known for his work with documentary maker ‘Ken Burns’.

His most outstanding achievement as a screenwriter to date is when his documentary series ‘The West’ successfully won him the Erik Barnouw Award.

Duncan’s political career is best noted when he was appointed chair of the American Heritage Rivers Advisory Committee by President Clinton in 1988.

Throughout his career in politics, he has also served as Chief of Staff to New Hampshire governor ‘Hugh Gallen’ and served as national press secretary for ‘Michael Dukakis’ presidential campaign.

Here’s our collection of the best Dayton Duncan quotes:

1. “It doesn’t happen by itself and it sometimes happens with the help of powerful interests, but most often it was everyday people who changed the course of American history by deciding that a special portion of this great landscape was now going to be sacred and going to be preserved forever.” – Dayton Duncan

2. “I believe in democracy and what I wasn’t prepared for were the great lessons of politics and democracy and citizen activism that are at the heart of the park story — the determination that these places are not only there for us, but for all people to enjoy.” – Dayton Duncan

4. “It becomes a process of discovery, of not trying to encompass everything and know it all to begin with and then write a script, but rather, to have a constant mix of creativity surrounding and informing our shooting, our research, the writing, the editing and everything else.” – Dayton Duncan

6. “So our series is filled with heroes — people who are entirely unknown to most Americans. These were people from every conceivable background — from the rich who through their wealth and their philanthropy created parks, to the poor who, for example, gave pennies to help save the Smokies.” – Dayton Duncan

Related:  37 of the Most Timeless Jane Austen Quotes

7. “So when we’re in a park we might be filming before I’ve ever written a script.” – Dayton Duncan

8. “The creation of a park establishes that sense of a special place. When you enter a park — you think differently. You pause and it takes you a little bit out of the rush of time and I think that is why so many families take their kids back and why those kids will take their kids back because it encapsulates an imperishable moment that you experience as a child. Then you can see that experience once again through your child’s experience. There are very few things that pass across generations and across time the way that does. That’s what makes it so special.” – Dayton Duncan

9. “And also that all people can have a role in making sure that there are places for all of us to enjoy.” – Dayton Duncan

10. “I think the biggest surprise for me, the greatest lesson I learned in making this film is this reaffirming lesson of democracy: that we assume that the parks have always been there.” – Dayton Duncan

12. “This is surprising given that that film focuses on these incredibly beautiful places — but the parks themselves are not the characters, they’re actually the stage.” – Dayton Duncan

13. “If you look at the story of any national park in the United States, you find a person or a small group of people who felt so passionately about it that they said this place has to be saved.” – Dayton Duncan

14. “We pass on our nation’s concept of liberty to the next generation — the same thing is true of a park. It’s there for us to enjoy, but it’s for everyone to enjoy for all time.” – Dayton Duncan

15. “I told Ken: “Well, like baseball, like jazz, national parks are an American invention. Its first tentative expression was made in 1864 when a President named Abraham Lincoln…” and Ken interrupted and said, “Okay, we’ll do it.” It took about that long to convince him that this was a topic that falls squarely in line with what we have tried to do over so many years in trying to understand who we are as Americans.” – Dayton Duncan

16. “I suggested it to Ken because the parks have been an important part of my life.” – Dayton Duncan

17. “It was just a continual surprise with the story of each park that I looked into, that there were people who changed the fate of that place and the course of history with their actions.” – Dayton Duncan

18. “While we’re on location, a Ranger who has shown us a particular viewpoint may mention some story that we were unaware of — and that works its way into the script.” – Dayton Duncan

19. “The second part of it is then to find the people who know the most about the topic and meet them and talk to them. Then we would interview them, going out on location.” – Dayton Duncan

20. “I was nine years old and in advance of it, my mother told me that we’d be doing this trip.” – Dayton Duncan

21. “They changed history in the sense that those places will be there over the course of time.” – Dayton Duncan

22. “I spent the winter finding materials from the tourism bureaus, helping try to map the trip.” – Dayton Duncan

23. “Our story is about the people who came in contact with those landscapes and were moved so deeply that they devoted themselves to decades-long crusades to try to finally give these places the protection that they needed.” – Dayton Duncan

24. “These are spectacular places. You don’t have to be sentimental about the Declaration of Independence, as I am, to go to a place like Glacier National Park and be awed by what you see.” – Dayton Duncan

25. “My first memory of a real trip that my family took — the only real trip my family ever took — brought us from a small town in Iowa where I grew up to the Badlands, to Yellowstone, to the Grand Tetons, to Dinosaur National Monument, to Rocky Mountain National Park.” – Dayton Duncan

26. “I think the parks are a gift in many ways. They are a gift of nature to us, to this nation that was blessed with this land. They are part of who we are as Americans.” – Dayton Duncan

27. “Most people think that it is Congress that makes a national park, which is true in a legal sense. But legislators are usually the last in line. It is usually an individual or a group of people actively advocating to an often indifferent Congress, saying, “This place is special, we’ve got to save it,” and finally convincing Congress and the nation to set the land aside and preserve it.” – Dayton Duncan

28. “When I was taking my children to a number of parks in 1998, I realized how they really had been formative for me as a kid — an important part of who I became. I also realized that the parks were a perfect topic for us to deal with as filmmakers.” – Dayton Duncan

29. “The fact that we have set these places aside and we’re keeping them special means that the boundary protecting this land is this idea that it is special. I like to think that the park idea is basically the Declaration of Independence overlaid onto this land that we inhabit.” – Dayton Duncan

31. “We’re the people who wrote the Declaration of Independence, but we’re also the people who went out and inhabited — and in a way tried to conquer — this land, this gift, and blessing that was bestowed upon us.” – Dayton Duncan

32. “We assume that it is a self-generating, perpetual governmental machine — that some bureaucracy says “this will be a park and this will always be a park.” – Dayton Duncan

34. “I don’t even consider it a job. My “job” is to pick a topic that I’m interested in, convince Ken that we ought to do a film on it, and then begin with what I call sort of a self-directed, post-graduate degree in that topic.” – Dayton Duncan

35. “And it was such a vivid memory to me I can almost take it day by day from park to park and remember what we did during that time.” – Dayton Duncan

36. “It’s been a great experience to learn the history of America’s parks, and if you’ve got to get up at five in the morning to be shooting as the sun rises, you realize that you can’t pick a better place to be than at a national park.” – Dayton Duncan

37. “I don’t think at the time I realized what an important moment it was. I became somebody who was interested in history, someone who’s interested in the landscape, someone who has spent a lot of his adult life traveling around the United States, trying to learn new things.” – Dayton Duncan

38. “The parks are part of that, they represent what was here. They represent the potentiality of what the land was like when we, as a nation, first set out.” – Dayton Duncan

39. “Every park has its hero and the stories we tell are about those people and their actions — which are really the heart and soul of this series.” – Dayton Duncan

40. “Our research process is also part of our filming process.” – Dayton Duncan

41. “In other places, they set those special places aside for the very richest in their society or for people who were of the nobility. But as Americans, we rejected that, determining that this land belongs to everyone. I think that deep down, Americans realize that, that this is not just a birthright — it is a great gift and it’s also a great responsibility.” – Dayton Duncan

Thanks for checking out this collection of quotes from Dayton Duncan! Don’t forget to share them on social media with your friends and family.

Which are your favorite Dayton Duncan quotes? Leave a comment below. 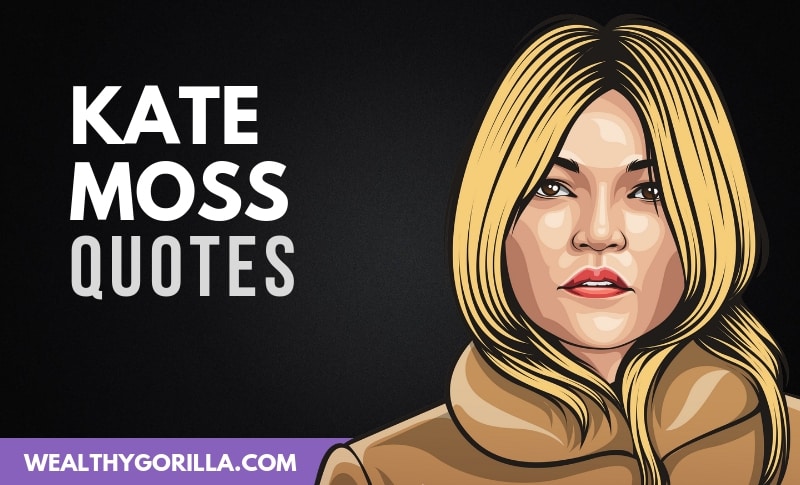 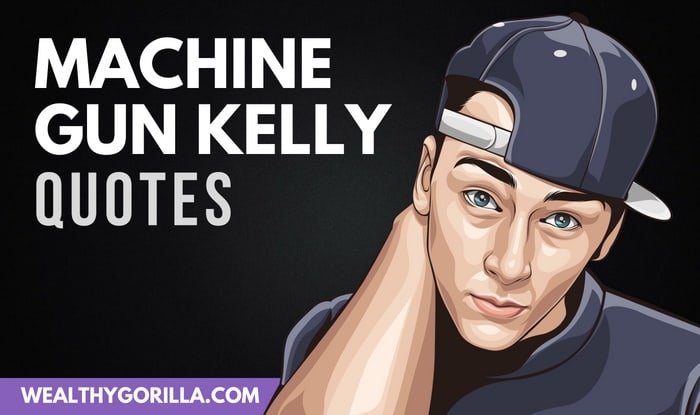 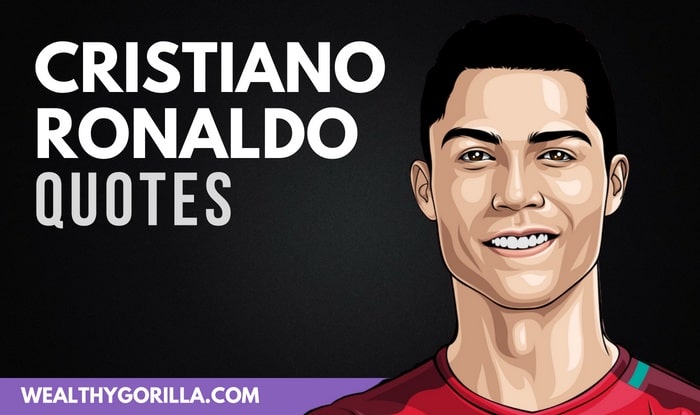 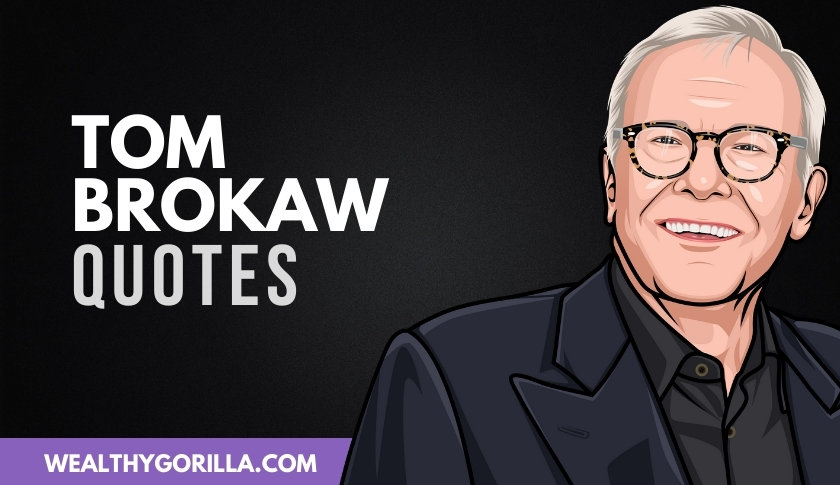