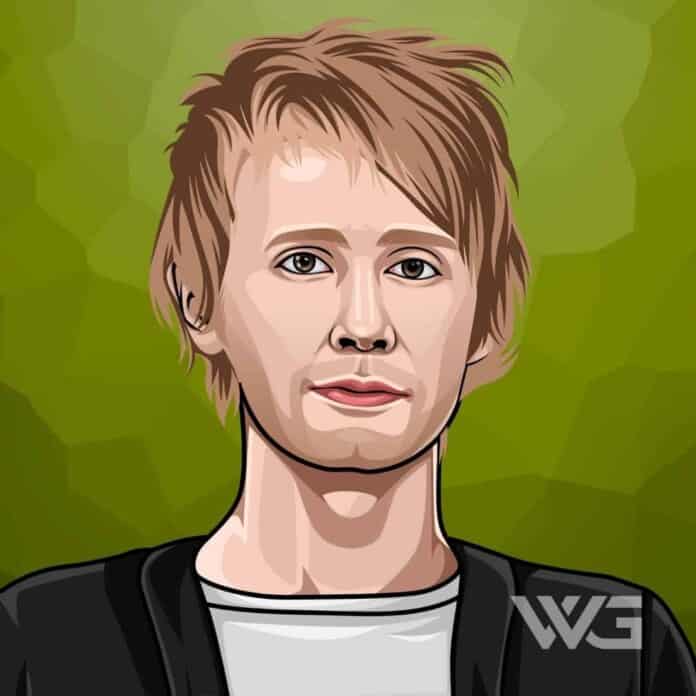 What is Dominic Howard’s net worth?

Dominic Howard is an English musician.

Howard is best known as the drummer, percussionist, and co-producer for the rock band Muse. When he was younger, he moved to a small town on the Devon riviera. He was struck by a jazz band performing in school, and since then, he fell in love with music.

Dominic Howard was born on the 7th of December, 1977, in Stockport, Devon. She started to play drums at the age of 12, and he was inspired by a jazz band performing at school.

His first band was named Carnage Mayhem. Meanwhile, he became friends with Matt Bellamy, who played guitar. Not long after, he was offered that chance to join Howard’s band. Chris Wolstenholme, who played drums in ‘Fixed Penalty,’ then entered the scene and started to play bass.

The albums ‘The Resistance’ and ‘The 2nd Law’ explored themes of government oppression. These albums made Muse one of the world’s major stadium acts. Their 7th album ‘Drones’ was a concept album about drone warfare.

Throughout their career, Muse has won numerous awards, including two Grammy Awards, winning the Grammys for “Best Rock Album” for the albums ‘Reistance’ and ‘Drones.’ They have also won five MTV Europe Music Awards and eight NME Awards.

In 2012, Muse received the Ivor Novello Award for International Achievement from the British Academy of songwriters, composers, and authors. Muse is one of the most popular bands of all time, and to date, they have sold over 20 million albums worldwide.

How Does Dominic Howard Spend His Money?

Dominic Howard loves cars, and he has also helped some charities throughout his career.

Howard has a big passion for collecting luxury cars. The band Muse all have a big interest in cars. Howard’s favorite car is the 1981 DeLorean DMC-12. He now lives in Nice, France. In 2014, he paid $4.4 million for a home in the LA area of Laurel Canyon. Dominic listed this home for sale in November 2020 for $7.75 million.

Muse has spent some of their fortunes on charity work. They have helped out organizations such as Baycrest Foundation, Children in Need, DonorsChoose.org, MusiCares, and Nordoff Robbins.

Here are some of the best highlights of Dominic Howard’s career:

“In the early days of the band, our first tours, the first album, we were like in our very early 20s. I remember getting up and actually saying to someone, “I don’t get hangovers.” You just f**king bounce back and get on stage, and you’re off. As most people know, they get worse.” – Dominic Howard

“You’re not as careless as you used to be. Those nights and things, excesses, you might get into still happen accidentally. But in the earlier days, you don’t give a s**t. If anything, it was probably around our fourth album, which was pretty messy, but we were partying along and being rather excessive with everything we did but still going and playing the next day.” – Dominic Howard

“There’s something in there somewhere. For me, it’s just a period of time where it was just chaos. There was one night where any idea you could come up with was a good idea, and we were in Vegas, I think we were doing a bit of press out there. And our record company was with us at the time. We were all just on mushrooms.” – Dominic Howard

“In the early days of any band, you go through this absolutely crazy, stupid, losing your mind kind of phase. I think we’re lucky because so many people go too far or can’t take it or can’t take the pressures of even just being successful.” – Dominic Howard

“This album is definitely the sound of us really broadening and yet again trying to broaden our musical horizons for sure. I suppose stepping stones to this album are probably not the last album, they were probably the album before and maybe some albums before that.” – Dominic Howard

Now that you know all about Dominic Howard’s net worth and how he achieved success; let’s take a look at some of the lessons we can learn from him:

We learn from mistakes, and our failures are the real evidence that we’ve had the courage to try. If you avoid failures you avoid taking action. Learn and grow from your mistakes, and move on.

Start living your life because life is now. We keep waiting for that an amazing thing will happen to us. But this is it, right now, and life will always continue to be a series of eight now.

Whatever you are, be present. Life is now. If you find you’re here, and now it will make you happy. You have three options: remove yourself from the situation, change it or accept it. It would be best if you chose now and then accept the consequences.

How much is Dominic Howard worth?

Dominic Howard’s net worth is estimated to be $45 Million.

How old is Dominic Howard?

How tall is Dominic Howard?

Dominic Howard is a well-established English musician who is best known for being the drummer of Muse. They have released eight albums and sold more than 20 million albums worldwide.

Muse released their debut album in 1999, and many of their albums have reached the top chart in multiple countries. Their album ‘Drones’ was dropped in 2015 and reached the 1st spot in the United States. One of their most successful singles is ‘Supermassive Black Hole.’

What do you think about Dominic Howard’s net worth? Leave a comment below.