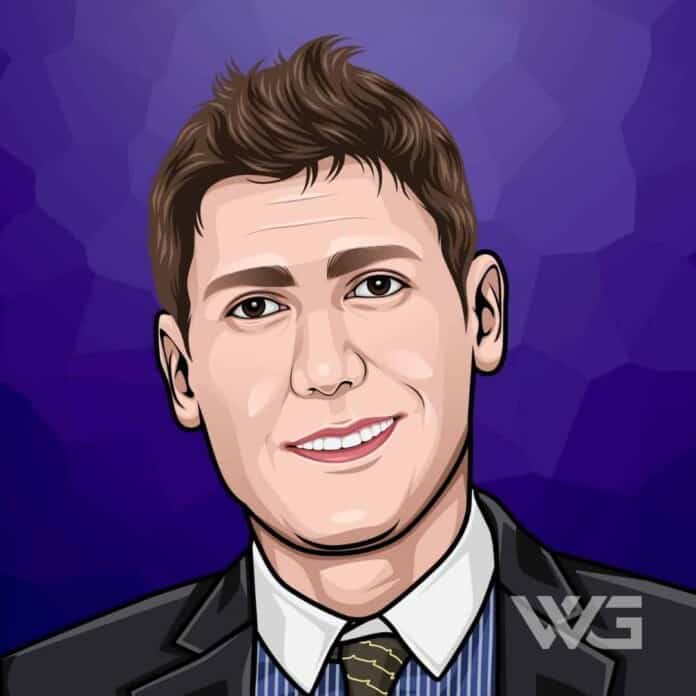 What is Eduardo Saverin’s net worth?

Eduardo Saverin is a Brazilian entrepreneur and angel investor.

Saverin is one of the co-founders of Facebook. In 2012, he owned 53 million Facebook shares, approximately 2% of all outstanding shares.

As of February 2023, Eduardo Saverin’s net worth is estimated to be $19 Billion.

He had two other siblings. His father, Robert Saverin, was a successful industrialist who worked in clothing, shipping, and real estate. Eduardo’s mother was a psychologist.

He is known for his entrepreneurial skills, which can be traced back to his family. His Romanian-born grandfather, Eugenio Saverin, founded the popular kids’ wear chain retail store, Tip Top.

Saverin met Mark in his junior year at Harvard.

Mark’s only intention was to create an innovative website that could connect people. However, his approach was unknown to Eduardo, and he had the vision to make money through this website.

After successfully launching Facebook at Harvard, the co-founders decided to expand it beyond its limitations. Thus, they decided to move to Palo Alto, California. However, Saverin went to New York to undertake an internship at the Lehman brothers in 2004.

In 2010, Eduardo, along with Aldo Alvarez, a Mexican reporter, co-founded Aporta. It is an online portal for charity. In 2016, he closed deals of over $140 million in Asia, including the ones for the startup Ninja Van.

How Does Eduardo Saverin Spend His Money?

Eduardo Saverin spends some of his money on real estate.

Saverin spends some of his money on his house in Coral Gables in Florida. He also reportedly owns a luxury penthouse suite in Singapore’s tallest residential building.

Here are some of the best highlights of Eduardo Saverin’s career:

“Obligated, and I will pay hundreds of millions of dollars in taxes to the American government. I already paid, and I will keep paying whatever taxes I owe based on my time as a U.S. citizen.” – Eduardo Saverin

“I am investing like a crazy person, mostly in internet start-ups. And I want to invest in Brazil as well because I am Brazilian, and that’s in my heart.” – Eduardo Saverin

“People always try to put a title or a symbol on you. If you work in a bank, you are a banker. For me, they see a co-founder of Facebook.” – Eduardo Saverin

“The decision was strictly based on my interest in living and working in Singapore. I am obligated to pay hundreds of millions of dollars in taxes to the American government. I already paid, and I will keep paying whatever taxes I owe based on my time as a U.S. citizen.” – Eduardo Saverin

Now that you know all about Eduardo Saverin’s net worth and how he achieved success; let’s take a look at some of the lessons we can learn from him:

1. Don’t Let Your Lack Of Age Get In The Way Of Business

Young entrepreneurs often face the challenge of not being taken seriously by more senior players in the industry, but if there’s one thing we can learn from Saverin, it doesn’t matter how old you are. You need to have the guts and skills to prove yourself.

This is but a fraction of the praise that those who’ve worked with him have expressed. If they are anything to go by, then it’s clear that where your reputation as a business or individual is concerned, bad publicity won’t hold much weight if there are also good things being said about you. In the long term, good stuff should be all that matters.

3. Remember To Help Others Along The Way

As your company grows and you get busier, you might start to forget about the challenges you faced as a young business owner. But everyone had to start somewhere; if you’ve since got your big break – or even if you haven’t – don’t forget to extend a helping hand to others who need it.

How much is Eduardo Saverin worth?

Eduardo Saverin’s net worth is estimated to be $19 Billion.

How old is Eduardo Saverin?

How tall is Eduardo Saverin?

Eduardo Saverin is one of the co-founders of Facebook, along with Mark Zuckerberg, Chris Hughes, Dustin Moskovitz, and Andrew McCollum.

He is a Brazilian Internet Entrepreneur and an active angel investor. In 2010, Saverin and Mexican entrepreneur Aldo Alvarez co-founded ‘Aporta,’ an online portal for charity.

As of February 2023, Eduardo Saverin’s net worth is approximately $19 Billion.

What do you think about Eduardo Saverin’s net worth? Leave a comment below.