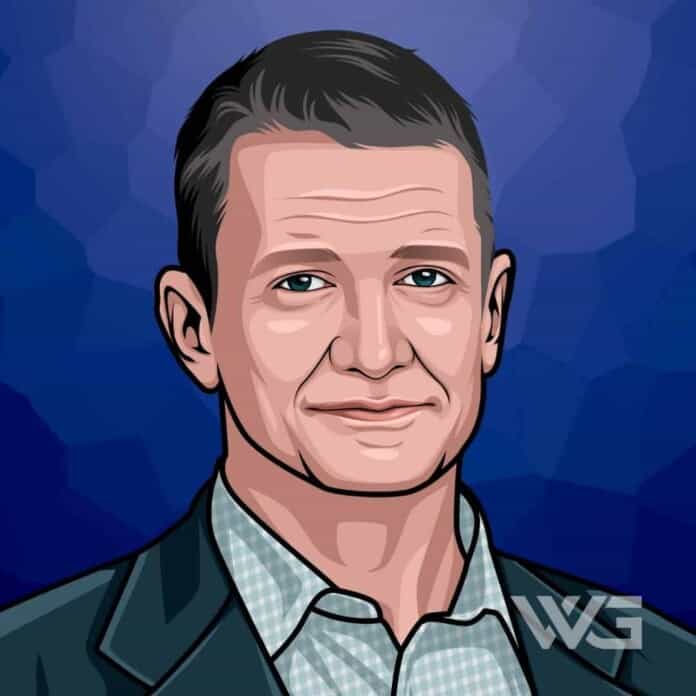 What is Erik Prince’s net worth?

Erik Prince is an American businessman.

Prince is also a former U.S. Navy SEAL officer and the founder of the private military company Blackwater USA now called Academi. Prince served as Academi’s CEO until 2009 and as its chairman until 2010. He is the son of an engineer and businessman Edgar Prince and the brother of Betsy DeVos.

Erik Prince was born on the 6th of June, 1969, in Holland, Michigan. Prince is the son of Edgar D. Prince and his wife, Elsa. He graduated from Holland Christian High School.

Prince was accepted into the United States Naval Academy and attended for three semesters. He went on the receive his B.A. in economics from Hillsdale College in 1992.

Blackwater was awarded a United States Department of State security contract of $120 million and $100 million in CIA contracts in 2010.

He was once on a CIA task force dedicated to killing terrorists, and his name was leaked to the media by the House intelligence congressional committee.

In 2010, he moved to Abu Dhabi after being hired by the crown prince. The following year, he started training 2000 Somalis to fight piracy in the Gulf of Aden. He later served as chairman of logistics and transport company Frontier Services Group Ltd.

In 2016, Prince met Donald Trump Jr. and George Nader at Trump Tower to discuss Iran’s policy. During the meeting, Nader said that the crown princes of the UAE and Saudi Arabia wanted to help Donald Trump to win the presidential election.

The following year, The Washington Post reported that this meeting was a part of an apparent effort to establish a back-channel line of communication.

In 2019, House Intelligence Committee chairman Adam Schiff sent a criminal referral to the Justice Department because he had provided false testimony. The following year, The New York Times revealed that he recruited former spies to infiltrate “Democratic congressional campaigns”.

How Does Erik Prince Spend Her Money?

Erik Prince loves to give back to the people. He has helped both politicians and organizations.

Prince has donated money to many Republican politicians, including Ron Paul, Mike Pence, Pat Buchanan, and Mitt Romney, and he gave $250,000 to Donald Trump’s 2016 presidential campaign.

Prince has donated to the Family Research Council and has also frequently donated to conservative Christian organizations, including the Acton Institute for the Study of Religion and Liberty and the prison Fellowship.

Here are some of the best highlights of Erik Prince’s career:

“When the United States first went into Afghanistan in 2001, it devastated the Taliban and Al Qaeda in a matter of weeks using only a few hundred C.I.A. and Special Operations personnel, backed by American airpower. Later, when the United States transitioned to conventional Pentagon stability operations, this success was reversed.” – Erik Prince

“Developing good investments in Africa is by and large the best for the people of Africa that have a job, that have electricity, that might have clean water, that might have those things that we in the West take horribly for granted.” – Erik Prince

“When someone needs copper, or wood or an ag product, and they invest capital somewhere to make that happen, and people get jobs from that, and that good gets introduced to the world stage, and it gets traded and moved, the whole world benefits.” – Erik Prince

“Since United States, military operations in Iraq began in 2003, I have visited Iraq at least 15 times. But unlike politicians who visit, the question for me has never been why the U.S. got into Iraq. Instead, as the CEO of Blackwater, the urgent question was how the company I head could perform the duties asked of us by the U.S. State Department.” – Erik Prince

“Very few people know someone who would voluntarily go into a war zone to protect a person he has never met. I know 1,000 of them, and I am proud that they are part of our team.” – Erik Prince

“President Trump should appoint a special presidential envoy and empower them to wage an unconventional war against Taliban and Daesh forces, to hold the corrupt officials accountable and to negotiate with their Afghan counterparts and the Afghan Taliban that are willing to reconcile with Kabul.” – Erik Prince

Now that you know all about Erik Prince’s net worth and how he achieved success; let’s take a look at some of the lessons we can learn from him:

Readiness is an oft-mentioned – but frequently ignored – necessity.

Stop trading freedom for the illusion of security.

3. Some People Will Do Stupid Things

Any time you employ thousands of people, some people do dumb things.

How much is Erik Prince worth?

Erik Prince’s net worth is estimated to be $2 Billion.

How old is Erik Prince?

How tall is Erik Prince?

Erik Prince is an American businessman and former US Navy SEAL. He was the founder and owner of the military company XE. Much of his fortune comes from an automotive accessory empire started by his father. Blackwater was founded in 1997, and it is the largest private military company in the world.

What do you think about Erik Prince’s net worth? Leave a comment below.