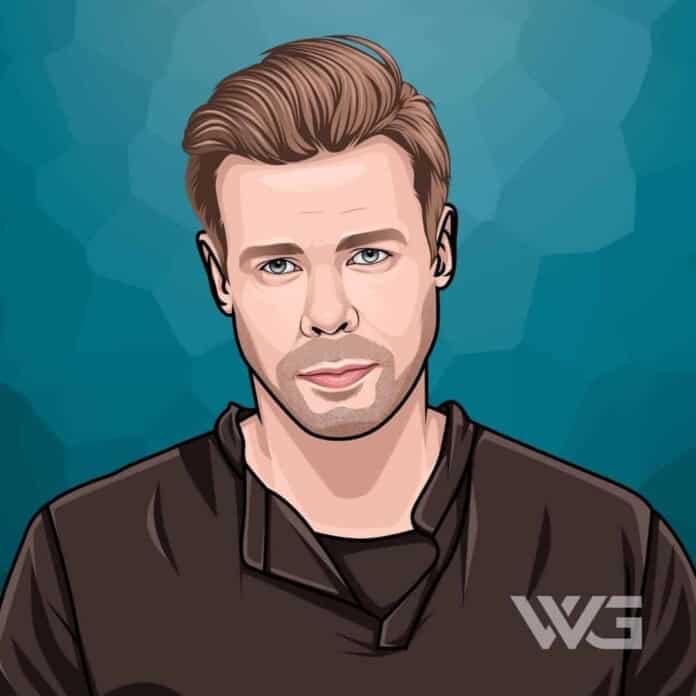 What is Ferry Corsten’s net worth?

Ferry Corsten is a Dutch DJ, record producer, and remixer.

Corsten is well known for producing pioneering trance tracks during the 1990s–2000s under his numerous aliases, including System F, Moonman, Pulp Victim, and Gouryella.

He is one of the most prolific and commercially successful trance artists.

As of December 2022, Ferry Corsten’s net worth is estimated to be $30 Million.

Ferry Corsten was born on the 4th of December, 1973, in Rotterdam, Netherlands. When he was young, he would listen to a Dutch radio show called ‘The Soulshow.’

His first experience in DJing was when he was 15 years old when he was playing at his school parties. As a teenager, he saved money to buy his first keyboard by washing cars and selling mixtapes to kids in his neighborhood.

In 1997, Corsten established the famous Tsunami dance label together with Robert Smit & the German dance company Purple Eye Entertainment. He left Tsunami and Purple Eye in 2005.

In 2005 Ferry started his own company named Flashover Recordings. The first record on Flashover was ‘Who’s Knockin’? with a Flashover remix. The single ‘Fire’ was the next record.

Since his first solo album, Ferry has continued to evolve his style. He started with the concept name L.E.F. which stands for “Loud. Electronic. Ferocious.” and has organized events under this name. Ferry released his second solo album aptly named L.E.F.

Corsten has also worked with other DJs on several projects. Together with DJ Tiësto, he set up Gouryella and Vimana. He has also teamed up with Vincent de Moor on the one-time alias project Veracocha.

In addition, Ferry has worked with Benny Benassi to produce the one-time alias FB/FB feat.

As of December 2022, Ferry Corsten’s net worth is estimated to be roughly $30 Million.

Here are the best highlights of Ferry Corsten’s career:

“It’s in the name. It really feels like a family. You know, everyone here is definitely coming to enjoy this more intimate festival, instead of having the crazy huge festivals that you see around the world. This is a smaller one, and I always feel that everyone knows each other here, which is great. I love that.” – Ferry Corsten

“Uh, no flights. A car ride home. Just an hour away from where I live, which is great. Since I always play abroad, being in my own country feels strange.” – Ferry Corsten

“It’s mainly the sound. But also, in the Gouryella shows, there’s way more storytelling, more depth in the music, more visuals that are ethereal and epic. System F is just more party trance, you know, more straightforward, and so are the visuals as well as the music.” – Ferry Corsten

“Today is the first time. It’s fun because, of course, my parents have been following me with much interest ever since my early System F days. And now my son is with me as well, he’s five years old, and it’s his first time seeing me doing this.” – Ferry Corsten

“Uh, no flights. A car ride home. Just an hour away from where I live, which is great. Since I always play abroad, being in my own country feels strange. Honestly, you know, I’m not used to it, as I play in The Netherlands only four to five times a year, so it’s always special when I’m here.” – Ferry Corsten

Now that you know all about Ferry Corsten’s net worth and how he achieved success; let’s take a look at some of the best lessons that we can learn from him:

1. Always Set For A Higher Goal

No matter how many goals you have achieved, you must set your sights on a higher one.

Make that one idea your life-think of it, dream of it, live on that idea. Let the brain, muscles, nerves, every part of your body, be full of that idea.

How much is Ferry Corsten worth?

Ferry Corsten’s net worth is estimated to be $30 Million.

How old is Ferry Corsten?

How tall is Ferry Corsten?

Corsten was born in Rotterdam in 1973, and he got into dance music at an early age and started DJ’ing and making music as a teenager.

As of December 2022, Ferry Corsten’s net worth is estimated to be roughly $30 Million.

What do you think about Ferry Corsten’s net worth? Leave a comment below.