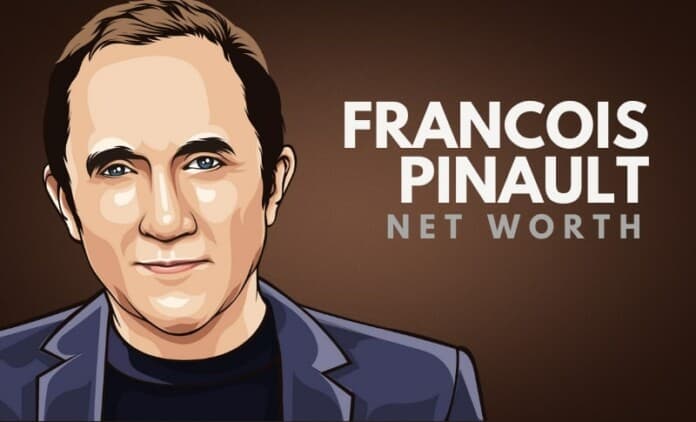 As of February 2023, Francois Pinault’s net worth is roughly $50 Billion.

François Pinault is a French billionaire businessman, the majority shareholder and honorary chairman of the retail conglomerate Kering, and art collector. Pinault is one of the richest businessmen in the world.

François-Henri Pinault was born on the 28th of May, 1962, in Rennes, France. Pinault is the son to François Pinault and Louise Gautier. He attended the prestigious international business school ‘HEC School of Management,’ located in Paris, France.

During his studies, he also did an internship, working as a database-software developer at ‘Hewlett-Packard’ in Paris.

In 1987, he joined ‘Pinault-Printemps-Redoute’ (PPR), which was known as ‘Pinault Distribution’ at the time. ‘PPR’ was founded by his father, François Pinault, in 1963.

Meanwhile, he served ‘France Bois Industries’ as the head manager in 1989. While ‘PPR’ evolved as a global player in the retail industry in the 1990s, François-Henri was made the president of the multinational industrial products distribution company ‘Compagnie Française de l’Afrique Occidentale’.

In 1997, he became the CEO of the French retail chain company ‘Fnac.’ He played a key role in divesting PPR’s retail industry, concentrating more on managing luxury brands.

Since May 2003, he has also been serving as the president of the French holding company ‘Groupe Artémis’ that controls the Pinault family assets.

In 2018, François-Henri Pinault announced his plan to outperform ‘Louis Vuitton’ over a period of time. In that same year, he confirmed Kering’s exit from the sports & lifestyle sector to focus solely on the luxury sector.

Here are some of the best highlights of Francois Pinault’s career:

“Sustainable development is a fundamental break that that’s going to reshuffle the entire deck. There are companies today that are going to dominate in the future simply because they understand that”. – Francois Pinault

“The passion for art is, as for believers, very religious. It unites people, its message is of common humanity. Art has become my religion – others pray in church. It’s a banality, but you don’t possess art, it possesses you. It’s like falling in love”. – Francois Pinault

“You don’t buy luxury to enter a community but to set yourself apart from others. The passion for arts is, as for believers, very religious. It unites people, its message is on common humanity. Art has become my religion-others pray in church. It’s a banality, but you don’t possess art, it possesses you. It’s like falling in love”.  – Francois Pinault

“Linguistics is a good way of defining the culture of a brand. The vocabulary used by sports and lifestyle brands- running, fitness, training, motorsports – is all about functionality, whereas the vocabulary of the luxury business – handbags, ready – to wear – is all about the product”. – Francois Pinault

Now that you know all about Francois Pinault’s net worth, and how he achieved success; let’s take a look at some of the best lessons we can learn from him:

1. It All Starts With the CEO

In our vision, she added, sustainability is not only philanthropy but a new way to change the business and identify new business models.

2. We Are The Best, But We Can Do Better

Kering feels confident enough in its achievements that the company can admit that there is still so much left to do. You can do something and you have to do something.

This continuing improvement process becomes obvious when looking at all the company has accomplished so far – from publishing the group’s Ethical Charter and Code of Conduct outlining its sustainability commitments in 1996 to establishing a sustainability department in 2003 to publishing Puma’s EP&L in 2011 (and committing to publish one for the entire group by 2016) to announcing a five-year sustainability plan in 2012.

How much is Francois Pinault worth?

Francois Pinault’s net worth is estimated to be $50 Billion.

How old is Francois Pinault?

How tall is Francois Pinault?

François Pinault is a French entrepreneur and the chairman and CEO of French luxury goods holding company ‘Kering’ (erstwhile PPR). He is also the owner and president of a French holding company called ‘Groupe Artémis.’

As of February 2023, Francois Pinault’s net worth is estimated to be $50 Billion.

What do you think about Francois Pinault’s net worth? Leave a comment below.