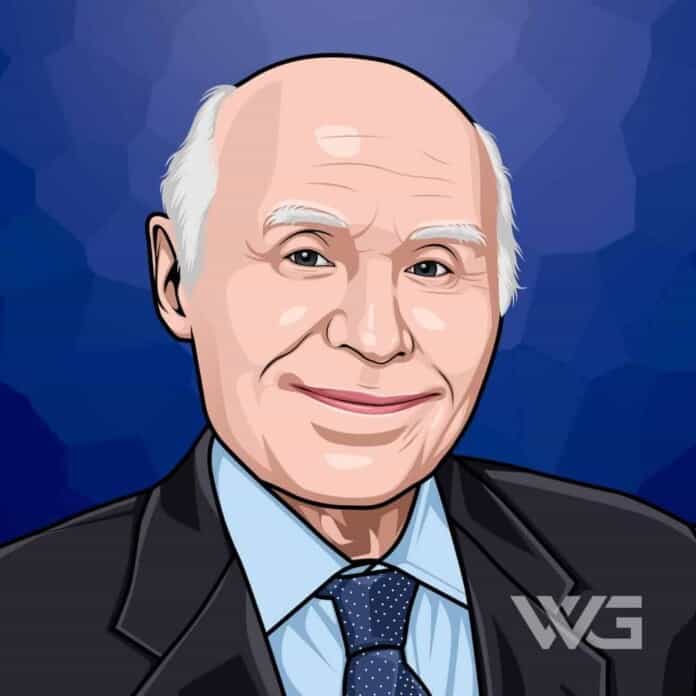 What is Herb Kohl’s net worth?

Herb Kohl is an American businessman and politician.

Alongside his brother and father, the Hohl family created the Kohl’s department stores chain.

Kohl is a former United States Senator from Wisconsin. He is also the former owner of the Milwaukee Bucks of the National Basketball Association.

Kohl attended Washington High School, where he earned a Bachelor of Science degree from the University of Wisconsin in 1956.

He joined the Pi Lambda Phi fraternity. He was also a roommate of Major League Baseball Commissioner Bud Selig.

Kohl is a former United States Senator from Wisconsin, a member of the Democratic Party, and the owner of the NBA team Milwaukee Bucks.

In 1956, he earned a BA from the University of Wisconsin. He also earned an MBA degree from Harvard Business School in 1958. He then started to work as an investor in real estate and the stock market.

Kohl soon set up Kohl Investments. He and his brother inherited a family-owned chain that included 50 grocery stores, and several department stores, pharmacies, and liquor stores.

He was the one who had the main responsibilities in the business.

Aside from politics, Kohl purchased the Milwaukee Bucks from Jim Fitzgerald in 1985 to ensure the team remained in Milwaukee.

In 2003, he doubted whether to sell the team to former NBA superstar Michael Jordan but decided to keep ownership instead.

How Does Herb Kohl Spend His Money?

Herb Kohl’s Home and Other Purchases

He has lived in the unit on the 27th and top floor of the 1968 Regency House Condominiums since at least 1976. He also bought the Milwaukee Bucks in 1985.

Here are some of the best highlights of Herb Kohl’s career:

“We cannot and will not ban the creation of violent video games. But, we can prevent the distribution of these disturbing games to children, where their effects can be negative.” – Herb Kohl

“It’s time to stop defending a system that is clearly in dire need of reform, stop issuing reports and setting up new roadblocks, and start providing Americans with prescription drugs that are both safe and affordable.” – Herb Kohl

“As all of us with any involvement in sports knows, no two umpires or no two referees have the same strike zone or call the same kind of a basketball game.” – Herb Kohl

“Over the course of more than 200 years, it has found a right to an equal education regardless of race. It has guaranteed an attorney and a fair trial to all Americans, rich and poor alike. It has allowed women to keep private medical decisions private. And it has allowed Americans to speak, vote and worship without interference from their government.” – Herb Kohl

“We give Supreme Court justices this freedom because we expect them to remain above the pull of politics, to avoid the effects of public excitement and allow a broader view, not tied to the whims of the majority at a certain moment in history.” – Herb Kohl

Now that you know all about Herb Kohl’s net worth and how he achieved success; let’s take a look at some of the lessons we can learn from him:

We cannot and will not ban the creation of violent video games. But, we can prevent the distribution of those disturbing games to children, where their effects can be negative.

As all of us with any involvement in sports knows, no two umpires or no two referees have the same strike zone or call the same kind of a basketball game.

Before people decide to trust you with this power, they will ask you to stand before the public and explain your views. Justice may be blind, but it should not be deaf.

How much is Herb Kohl worth?

Herb Kohl’s net worth is estimated to be $400 Million.

How old is Herb Kohl?

How tall is Herb Kohl?

Herb Kohl is an American businessman, politician, owner of the Milwaukee Bucks National Basketball Association, and current Chairman of the Senate Special Committee on Aging.

He has served as Wisconsin’s Senator for four separate terms and made his fortune through his own company, Kohl Investments.

What do you think about Herb Kohl’s net worth? Leave a comment below.