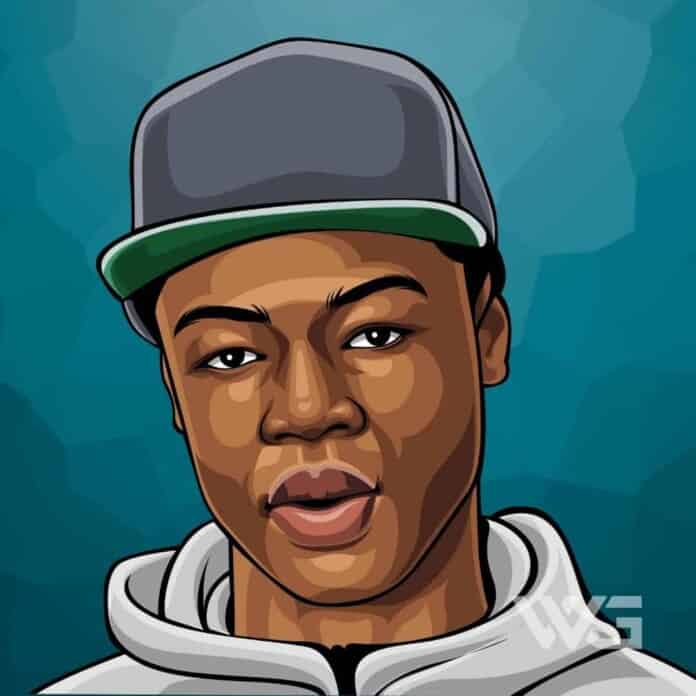 As of November 2022, J Hus’ net worth is approximately $150 Thousand dollars.

Momodou Jallow, better known by his stage name J Hus, is a rapper and singer from London.

He gained popularity in 2015 following the release of his song ‘Dem Boy Paigon’. J Hus released ‘Did You See’ on March 2, 2017, quickly becoming his biggest song peaking at number 9 on the UK Singles Chart and eventually being certified platinum.

Jallow was raised by his mother who is of Gambian origin. J Hus grew up listening to his mother and stepfather as they would often play African music and songs sung by the popular Jamaican singer, Beenie Man.

He had a difficult childhood as he would often run into trouble. He began selling marked-up doughnuts in a nearby playground after getting expelled from his school.

J Hus began his musical career when he released his single ‘Dem Boy Paigon’ which was produced by his friends. The song caught the attention of many and had the critics raving about it. He released another single titled ‘No Lie’ and then collaborated with a musical artist named MoStack to release their ‘Westwood Crib Session’ in March 2015.

In 2016, he released another single named ‘Friendly,’ which was positively received by the critics. J Hus became a household name in England as many of his songs like ‘Liar Liar,’ ‘Playing Sports,’ and ‘Solo One’ became hugely popular among music lovers.

In 2017, he released his debut album ‘Common Sense,’ which had a hit track titled ‘Did You See.’ The album, which featured artists like Tiggs da Author, MIST, Burna Boy, and MoStack, was received positively by fans as well as critics.

Here are some of the best highlights of J Hus’ career:

“Lickle spice for the winter season. Your chicken needs a lickle season (Yeah). Did you see what he did? The black Benz turn white and they can’t believe it. Make ’em repeat it. That’s some new shit, they’ve never seen it. You should feel it, meet and greet it. I would be a genius if I didn’t think with my penis.” – J Hus

“I didn’t really have any expectations, but I had certain goals which I wanted to achieve. I wanted to show everyone that I am one of the most diverse artists in the UK; that even though I do all these crazy melodies and that, I can still rap… I wanted to make good music, and have certain songs with good messages in there, like “Spirit.” – J Hus

“Just life in general. Anything in life. Most of the songs are experience, like…This is the way I write, I just go do things, I’ll experience something, I’ll write about what I went through that day or thoughts in my mind throughout the day.” – J Hus

“Yeah, I guess so cause everything that I’m influenced by I just put it in the music and create a new sound using different vibes. I grew up on all different kinds of music, I just used that to influence my own music.” – J Hus

Now that you know all about J Hus’ net worth, and how he achieved success; let’s take a look at some of the best lessons from him:

Mistakes are a part of being human. Appreciate your mistakes for what they are: precious life lessons that can only be learned the hard way. Unless it’s a fatal mistake.

2. Music is the Greatest Form of Art

Music is the greatest communication in the world. Even if people don’t understand the language that you’re singing in, they still know good music when they hear it.

Success is the result of perfection, hard work, learning from failure, loyalty, and persistence.

How much is J Hus worth?

J Hus’ net worth is estimated to be $150 Thousand.

How old is J Hus?

How tall is J Hus?

J Hus is a perfect example of that you can achieve anything you want. Hus used to have a tough childhood and sell doughnuts on the streets of London.

What do you think about J Hus’ net worth? Leave a comment below.

Introduction In , Hiroshi Mikitani's net worth is estimated at...