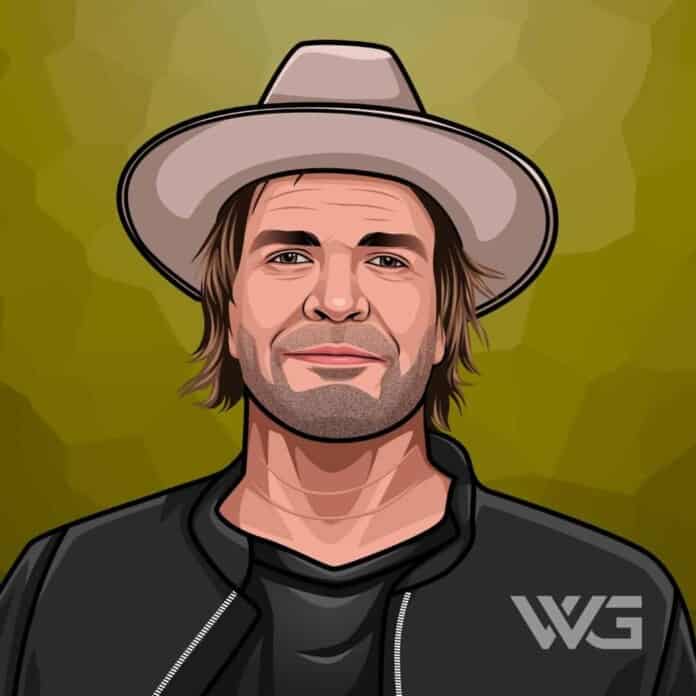 What is Jack Ingram’s net worth?

He has released ten studio albums, one extended play, six live albums, and 19 singles. He has sent six songs into the country “Top 40” with the tracks ‘Love You,’ ‘Lips of an Angel,’ ‘Measure of a Man,’ ‘Maybe She’ll Get Lonely,’ ‘That’s a Man,’ and ‘Barefoot and Crazy.’

Jack Ingram was born on the 15th of November, 1970, in Houston, Texas. Ingram started writing songs and performing while studying psychology at Southern Methodist University in Dallas. During this time, he was a member of Alpha Tau Omega.

Ingram started his music career singing at a privately owned bar near campus in Texas. During the early 1990s, he toured Texas, opening for Mark Chesnutt and other acts. His first self-titled album was released in 1995.

In 1997, Ingram released ‘Livin or Dyin’ with Rising Tide Records. In 2000, Ingram worked with Charlie Robison and Bruce Robison for the album ‘Unleashed Live.’

The album ‘Electric’ was his first album to enter “Top Country Albums.” He followed this up with two more live albums before he signed to Columbia Records to release Young Man in 2004.

Ingram teamed up with actor Matthew McConaughey and University of Texas football coach Mack Brown in 2013. They created a fundraiser for their favorite children’s charities. The affair was held at Austin’s ACL Live at the Moody Theater and featured a gala, a golf tournament, a fashion show, and a music night.

How Does Jack Ingram Spend His Money?

Ingram loves to give back to the people, and he has supported charities and foundations such as Big Brothers Big Sisters, Children’s Cancer Association, Cure Duchenne, Gibson Foundation, JK Livin Foundation, and Make-A-Wish Foundation.

Here are some of the best highlights of Jack Ingram’s career:

“Every artist that I’ve become friends with that I’m also a fan of, we all have that in common. I think that’s what makes people work as an audience. Pretending like you don’t care means that they might not care either, and I can’t live with that. I’ve got 90 minutes or 30 minutes to do my job every day, and if I fuck it up.” – Jack Ingram

“That’s the only way to go about it in the entertainment business because it’s tough. Cause even if they love you, they’re not going to every time. I mean, I love Neil Young, I don’t love his records, all of them. I love Johnny Depp, I think some of his stuff’s awful.” – Jack Ingram

“The whole record to me was about really exploring something that. I mean, I just sat up midnight to four a.m. for a couple of years writing songs and trying to figure out how I got here, what I got out of it, what was shitty about it, what was great about it, in both my personal and professional relationships.” – Jack Ingram

Now that you know all about Jack Ingram’s net worth and how he achieved success; let’s take a look at some of the lessons we can learn from him:

Reach for the stars and dream big. You can do anything you set your mind to.

2. Be With The Right Friends

Hangout with the right people that makes you happy. You will wake up one day and wonder where the time went and be upset that you are still in the same place as before.

It would be best if you found what takes the stress away for you. It can be anything exercise, listening to good music or something that you prefer.

How much is Jack Ingram worth?

Jack Ingram’s net worth is estimated to be $4 Million.

How old is Jack Ingram?

How tall is Jack Ingram?

Jack Ingram is a well-established country music artist best known for his song ‘Wherever You Are.’ His album ‘Electric’ reached the 34th spot on the US Country chart.

Many of his singles and albums have reached the US Country chart. In 2007, he won a CMT Music Award for Wide Open Country Videos of the Year. The following year he won the “Top Male New Vocalist” Academy of Country Music Awards.

What do you think about Jack Ingram’s net worth? Leave a comment below.