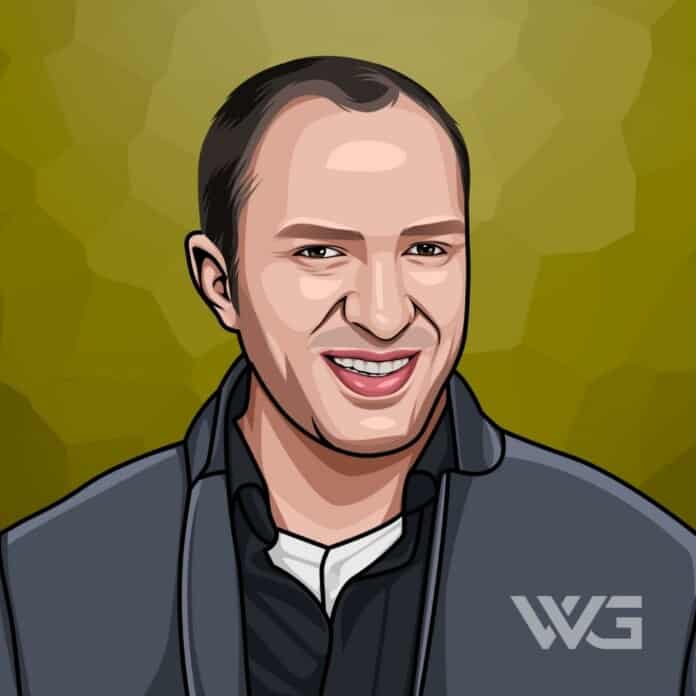 What is Jan Koum’s net worth?

Jan Koum is a Ukrainian American entrepreneur and computer programmer.

Koum is the co-founder and was the CEO of WhatsApp, a mobile messaging application that was acquired by Facebook Inc. in February 2014 for US$19.3 billion.

Koum is the son of Jewish parents as their only child. He lived a simple life in a small town that was disrupted by the chaotic political environment and anti-Semitism in the country.

To escape the unfavorable conditions in their native land, the family decided to migrate to the United States. Jan, along with his mother and grandmother, moved to the US in 1992, and his father planned to join the family later.

Kuom was assigned to the new search engine Yahoo to inspect security levels at the company’s advertising system. While working on this, he became acquainted with Brian Acton, one of Yahoo’s earliest employees.

A few days after his joining, Yahoo suffered a systems breakdown, and Koum – who was attending a class at that time—was immediately called to help with the problem.

In 2009, Koum bought a new iPhone. On visiting one of the first App Stores to open, he realized the potential offered by the market for iPhone compatible applications. This gave him the idea for an application for low-cost, convenient communication.

Excited with the idea, he roped in Acton, and the two men incorporated their new company called WhatsApp Inc.

The duo launched WhatsApp Messenger in early 2010. The early messenger kept crashing, and the men faced many challenges in promoting the application.

The user base of WhatsApp grew steadily over the months, and by February 2013, it had around 200 million active users. The rising popularity of WhatsApp grabbed the attention of the social media giant Facebook which acquired WhatsApp for US$ 19 billion in 2014.

How Does Jan Koum Spend His Money?

Jan Koum spends some of his money on real estate and lavish cars.

Koum owns a beautiful home in Malibu that he purchased for $87 million. Lawns and patios surround a swimming pool and basketball court outside, where a funicular descends to 256 feet of beach frontage.

Here are some of the best highlights of Jan Koum’s career:

“There were a lot of negatives, of course, but there were positives to living life unfettered by possessions. It gave us the chance to focus on education, which was very important in the Soviet Union.” – Jan Koum

“A lot of what I experienced growing up in the U.S.S.R. and coming to the U.S. as an immigrant actually reflects itself in WhatsApp. Experiences from our youth shape what we do later in life.” – Jan Koum

“Our team has always believed that neither cost and distance should ever prevent people from connecting with their loved ones, and won’t rest until everyone, everywhere is empowered with that opportunity.” – Jan Koum

“I had so much fun in the early days learning about networking, security, scalability, and other geeky stuff.” – Jan Koum

Now that you know all about Jan Koum’s net worth and how he achieved success; let’s take a look at some of the lessons we can learn from him:

1. Be a Lifelong Learner

Jan Koum had a passion for learning. When he arrived in California, he had an interest in information technology.

As a result, he began studying and practicing what he learned about software programming. The motivation you need to learn the skill you need comes from becoming a lifelong learner.

Another important trait we have found out about Koum’s story is that made him a millionaire is that he chose to work for himself.

He started the idea of starting his own business in his spare time at the same time. He had a daytime job at Yahoo. You can still start your ideal business in your spare time.

The more specialized you become in your business, the lesser the competition you’ll have in your industry. The more you’ll earn than your peers.

How much is Jan Koum worth?

Jan Koum’s net worth is estimated to be $12 Billion.

How old is Jan Koum?

How tall is Jan Koum?

Jan Koum is a Ukrainian-born American who co-founded the mobile messaging application WhatsApp with Brian Acton.

The trendy mobile application was acquired by Facebook Inc. Today, this billionaire is counted amongst the richest Americans, but just a few years ago, he was so poor that he had to live off food stamps.

As of December 2022, Jan Koum’s net worth is estimated to be roughly $12 Billion.

What do you think about Jan Koum’s net worth? Leave a comment below.