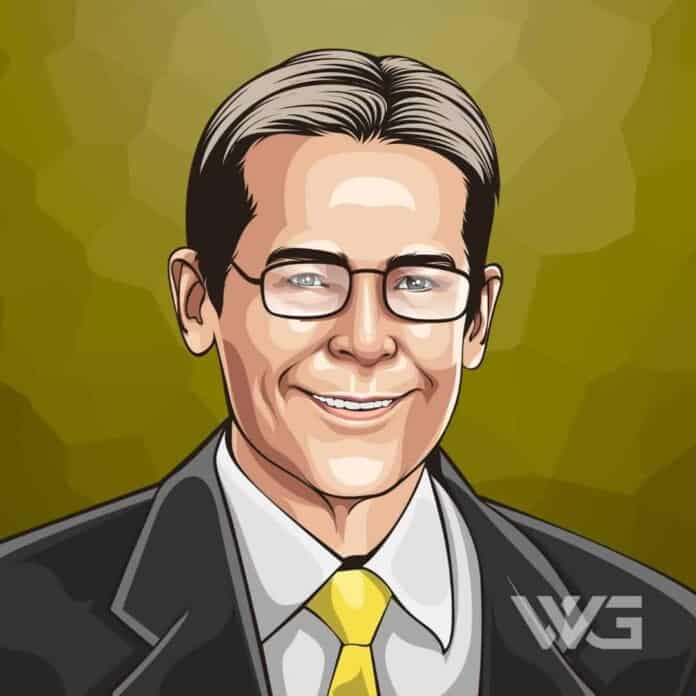 What is Jim Walton’s net worth?

As of February 2023, Jim Walton’s net worth is roughly $68 Billion, making him one of the richest people in the world.

James “Jim” Carr Walton is an heir to the fortune of Walmart, the world’s largest retailer. Walton is the youngest son of Sam Walton and their family is known of being one of the wealthiest families in the world.

James “Jim Carr Walton was born on the 7th of June, 1948, in Newport, Arkansas. Walton is the third child of Walmart co-founder Sam Walton and Helen Walton, with siblings Rob, Alice, and John Walton.

After Jim attended Bentonville High School in 1965, he learned how to play football and also how to fly a plane.

Walton received a bachelor’s degree in Business Administration in Marketing from the University of Arkansas in Fayetteville, Arkansas.

In 2005, Walton replaced his brother, John, on the Wal-Mart Board of Directors.

Jim is currently on the Strategic Planning and Finance committees, and he was CEO of his family-owned Arvest bank until he became the Chairman of Arvest Bank. Walton is also the Chairman of newspaper firm Community Publishers Inc.

CPI was founded by Sam Walton after acquiring the local newspaper the Benton County Daily Record, but today CPI is owned by Jim Walton himself. He has pledged about $2 billion to the Walton Family Foundation along with his siblings from 2008 to 2013.

In 2015, The Baton Rouge Advocate in the capital city of Baton Rouge, Louisiana, reported that PAC-Empower Louisiana had allocated $818,000 to candidates running for the Louisiana Board of Elementary and Secondary Education who support the Common Core State Standards Initiative.

In September 2016, Walton was reported to own over 152 million of Walmart shares worth over US$11 billion.

As of February 2023, Jim Walton’s net worth is estimated to be roughly $68 Billion.

Here are some of the best highlights of Jim Walton’s career:

“We exercise great caution in airing audio- or videotape released by a terrorist organization holding a hostage. These are decisions made by CNN’s editorial staff and not by any third party.” – Jim Walton

“I believe our editorial decisions reflected our constant desire to make sure that we fully cover and analyze any issue and give our viewers all the information they need.” – Jim Walton

“Technology has saved us money in some circumstances, but it has really afforded us the ability to cover stories from locations we might not have been able to in the past.” – Jim Walton

“Throughout the lead-up to the war, CNN worked hard to air all sides of the story. We had a regular segment called Voices of Dissent in which we spent time covering antiwar protests and interviewing those who were opposed to the war with Iraq.” – Jim Walton

“During the war, in which several of our embedded correspondents were able to report from moving vehicles crossing the Iraqi desert, the use of technology made news gathering safer.” – Jim Walton

Now that you know all about Jim Walton’s net worth, and how he achieved success; Let’s take a look at some of the best entrepreneur lessons we can learn from Jim Walton:

1. Don’t be satisfied with just receiving from others

Most of us live in a country where we can receive certain benefits from the government – like unemployment, disability, and welfare – if we need them.

Unfortunately, some folks are perfectly content to accept this help for their whole lives, living off of the hard work of others and ignoring the huge boost they have been given. Don’t be like that. Be like Jim Walton and earn your own way as soon as you can.

2. Don’t forget where you came from

Although some folks think that Wal-Mart drives local businesses into bankruptcy, the fact is that the company advocates a culture of caring about small-town America.

The fact is that Jim Walton has not forgotten his small town roots. With all his success, he sincerely gives back to the communities that helped to make his family a household name.

It’s interesting to see that Jim has chosen to spend his days working hard. Although he makes a decent amount of money from the annual dividends produced by his Wal-Mart stocks, he doesn’t put all of his eggs in the one Wal-Mart basket – he has instead diversified his income.

How much is Jim Walton worth?

Jim Walton’s net worth is estimated to be $68 Billion.

How old is Jim Walton?

How tall is Jim Walton?

Jim Walton is a very successful businessman and CEO of his family’s Arvest Bank. The bank branches in Arkansas, Oklahoma, and Missouri. His father Sam, founded a Bentonville store now Wal-mart with his brother James in 1962.

Today Wal-Mart has sales of $405 billion and is one of the most popular stores.

As of February 2023, Jim Walton’s net worth is estimated to be roughly $68 Billion.

What do you think about Jim Walton’s net worth? Leave a comment below.