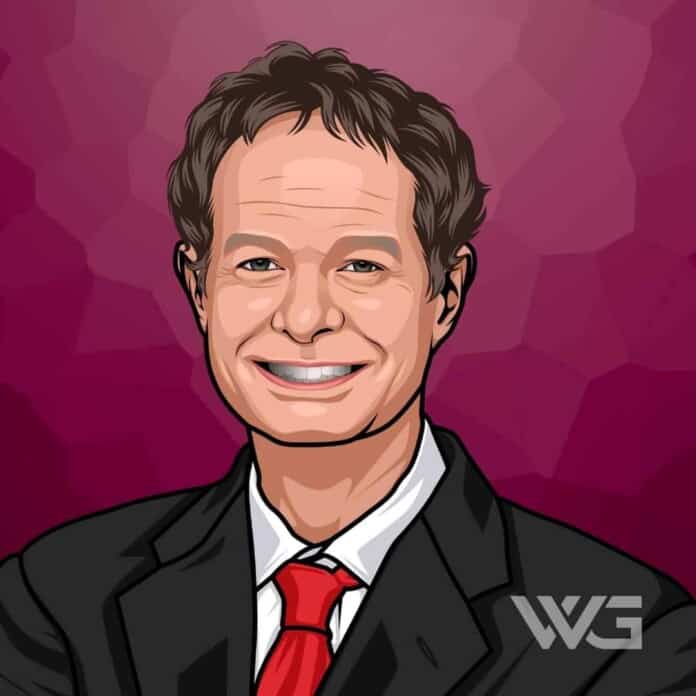 What is John Mackey’s net worth?

John Mackey is an American businessman and writer.

Mackey is the CEO of Whole Foods Market, which he co-founded in 1980. In 2003, he was named “Ernst & Young Entrepreneur of the Year”. He is one of the most influential advocates in the movement for organic food. He co-wrote the bestselling book ‘Conscious Capitalism’ in 2013.

John Powell Mackey was born on the 15th of August, 1953, in Houston, Texas. Mackey is the son of Margaret Wescott and William Sturges “Bill” Mackey Jr. His father was a professor of accounting, CEO of LifeMark.

His mother died in 1987. Mackey and his mother had a strained relationship due to her desire for a different future regarding her son.

He did not agree, but in later years, he regretted that he did not make it more clear that he loved her. Mackey attended the University of Texas at Austin and Trinity University in the 1970s.

Mackey co-founded his first food store, SaferWay, in 1978 alongside his girlfriend, Renee Lawson. They met while living in vegetarian housing. They dropped out of college and borrowed $10,000, and raised $35,000 more to start SaferWay.

The two ran the market, and they lived in the third story of their building. In two years, they merged SaferWay with Clarksville Natural Grocery, run by Mark Skiles and Craig Weller, and renamed the business Whole Foods Market.

Mackey built Whole Foods into a multinational organization, with outlets in major markets across the country. Along the way, he bought out smaller competitors. In 2007, Whole Foods purchased a major natural foods supermarket competitor, Wild Oats Markets, Inc.

In 2006, he announced he was reducing his salary to $1 a year, would donate his stock portfolio to charity, and set up a $100,000 emergency fund for staff facing personal problems. The following year, The Wall Street Journal revealed that he was using the pseudonym “Rahodeb” to post to Yahoo Finance forums.

Mackey resigned from the position of Chairman of the Board of Whole Foods Market in 2009. He held that position since 1978.

How Does John Mackey Spend His Money?

Mackey has spent some of his money on charity. He was the visionary for the Whole Planet Foundation.

Here are some of the best highlights of John Mackey’s career:

“While we clearly need health-care reform, the last thing our country needs is a massive new health-care entitlement that will create hundreds of billions of dollars of new unfunded deficits and move us much closer to a government takeover of our health-care system.” – John Mackey

“Your typical business just measures the metrics that have to do with the profitability of the business one way or another. But you can have metrics that measure employee happiness and the morale. You can also do direct customer surveys; you can track them over time. Do supplier satisfaction scores as well.” – John Mackey

“I learned how to cook, began reading books on food. I began to understand nutrition. It never had occurred to me that what you ate could affect how you felt. Could affect your health. It seems obvious now, but at age 23 or 22 or whatever I was, it wasn’t obvious at all.” – John Mackey

“Amazon is certainly not a perfect company. However, doctors, teachers, engineers, journalists, politicians, and labor unions are also on a continuum of consciousness, and none are perfect either. It is easy to judge and find fault with any company if that is what one’s ideological biases wish to see.” – John Mackey

Now that you know all about John Mackey’s net worth and how he achieved success; let’s take a look at some of the lessons we can learn from him:

Business can be a wonderful vehicle for both personal and organizational learning and growth.

Business is based on cooperation and voluntary exchange. People trade voluntarily for mutual gain. No one is forced to trade with a business.

Every person alive has the potential to learn and grow to contribute their unique creativity toward making the world a better place.

Follow your heart wherever it takes you. Choose love instead of fear. If you do, a wonderful life adventure awaits you! Carpe diem.

Life is short, and… we are simply passing through here. We cannot stay. It is therefore essential that we find guides whom we can trust and who can help us discover and realize our higher purposes in life before it is too late.

How much is John Mackey worth?

John Mackey’s net worth is estimated to be $85 Million.

How old is John Mackey?

How tall is John Mackey?

John Mackey is an American businessman and writer who is best known for being the CEO of Whole Foods Market. Mackey co-founded Whole Foods in 1980.

He was a vocal member of the Libertarian Party. He has authored the bestselling book ‘Conscious Capitalism’ throughout his career and is known for being a strong supporter of free-market economics with strong anti-union views. Mackey co-founded his first health food store in 1978.

What do you think about John Mackey’s net worth? Leave a comment below.