Which are your favorite John Mackey quotes?

John Mackey is an American businessman and writer.

He is popularly known as the CEO of the American multinational supermarket chain, ‘Whole Foods Market’. He was successfully named as the Entrepreneur of The Year by one of the largest multinational professional services networks, ‘Ernst & Young’.

Mackey is also known to be one of the most influential advocates in the movement for organic food. As a member of the U.S Libertarian Party, he is very vocal in supporting the free market economics and has strong anti-union views. He poured down his thoughts in the best-selling book ‘Conscious Capitalism’ which he released in 2013.

Here’s a collection of John Mackey quotes about success:

1. “I’m very encouraged by millennials and their drive to make the world a better place.” – John Mackey

2. “I really do believe that America has this weight problem – obesity issues – and we have all these diseases that we get – heart disease, cancer, diabetes, autoimmune diseases – that are primarily lifestyle diseases.” – John Mackey

3. “Healthier team members get a bigger food discount. We give our sickest team members an option to go through what we call the Total Health Immersion, where we take them off for a week, and we do intensive diet-and-lifestyle education.” – John Mackey

4. “What I know is that we no longer have free enterprise capitalism in health care; it’s not a system any longer where people are able to innovate. It’s not based on voluntary exchange. The government is directing it.” – John Mackey

5. “We knew it was going to be a market, and we knew it was a food market. Well, what kind of food market? It’s kind of natural foods, kind of organic foods. So, we eventually settled on Whole Foods Market.” – John Mackey

6. “The world is getting more connected through technology and travel. Cuisines are evolving. Some people are scared of globalization, but I think people will always take pride in cultural heritage.” – John Mackey

7. “A healthy diet is a solution to many of our health-care problems. It’s the most important solution.” – John Mackey

9. “You can’t live if you don’t eat, but you don’t live to eat. And neither does business exist primarily to make a profit. It exists to fulfill its purpose, whatever that might be.” – John Mackey

10. “Examine our every action through the lens of how we would feel if it were to become front-page news.” – John Mackey

11. “I learned how to cook, began reading books on food. I began to understand about nutrition. It never had occurred to me that what you ate could affect how you felt. It could affect your health. It seems obvious now, but at age 23 or 22 or whatever I was, it wasn’t obvious at all.” – John Mackey

12. “If you have a mental model that says big corporations are fundamentally greedy and selfish and exploitative, you don’t really want to have an exception to that model. It’s much easier to say, Yes, Whole Foods has been corrupted.” – John Mackey

13. “The idea that in the system, if you manage it in an optimum way, all of the constituent parts of the system also win, flourish, and benefit, is intrinsic to business and even to capitalism itself, properly understood. But people don’t understand it because we’re not taught to think that way.” – John Mackey

14. “Libertarians are constantly arguing with each other who is the most pure libertarian and who is most ideologically pure.” – John Mackey

16. “As a company grows, its purpose grows with it. It has the potential to evolve your purpose.” – John Mackey

18. “Human beings are made up of many different values, and sometimes those values are in tension with each other.” – John Mackey

19. “I’ve been doing long-distance backpacking since 2002 when I hiked the Appalachian Trail. You start to calm down and relax and get into the slower rhythm of nature.” – John Mackey

20. “At Whole Foods, we allow our team members to vote on what benefits they most want the company to fund.” – John Mackey

21. “One of the sad things about retiring is that you just become increasingly irrelevant. The world flows around you, and you don’t seem to be impacting it any longer.” – John Mackey

22. “People need to eat whole food plant foods, primarily… whole grains, fruits, vegetables, nuts, and seeds. That diet supports our lives. We ought to live to be 90 or 100 without getting any diseases.” – John Mackey

23. “If you’re growing very rapidly, it doesn’t matter if you make mistakes, in a way, because the growth kind of bails you out.” – John Mackey

24. “Amazon is certainly not a perfect company. However, doctors, teachers, engineers, journalists, politicians, and labor unions are also on a continuum of consciousness, and none are perfect either. It is easy to judge and find fault with any company if that is what one’s ideological biases wish to see.” – John Mackey

25. “Free enterprise capitalism has been the most powerful creative system of social cooperation and human progress ever conceived, but its perception and its role in society have been distorted.” – John Mackey

26. “I slow down when hiking. The rhythm of nature is more leisurely. The sun comes up, it moves across the sky, and you begin to synchronize to that rhythm.” – John Mackey

27. “In general, when you travel, you get into a different reality and are able to more accurately reflect on your ordinary life. Hiking does that for me.” – John Mackey

28. “Back then, before the Internet, you had these paper catalogs that you ordered all the food from. So, we flipped through the catalogs, looked up the food we wanted, called them up, and they would show up in trucks.” – John Mackey

29. “The way most people approach business – and the way they mostly teach in business school – involves the analytical mind. It divides it up and looks at parts in isolation.” – John Mackey

31. “While we clearly need health-care reform, the last thing our country needs is a massive new health-care entitlement that will create hundreds of billions of dollars of new unfunded deficits and move us much closer to a government takeover of our health-care system.” – John Mackey

32. “Operating under the conscious capitalism model will show that businesses are the true value creators that can push all of humanity upward for continuous improvement.” – John Mackey

34. “Some of the greatest businesses operating from a deeper purpose have a real commitment to service, like Four Seasons, Joie de Vivre Hotels, Southwest Airlines, and JetBlue.” – John Mackey

35. “We do take seriously our responsibility, and growing ability, to educate people about healthy eating and giving them greater access to nourishing and affordable fresh food.” – John Mackey

38. “In many companies, the person who talks the best usually gets the job. I got snowed by a few of those people over the years. I still think communication is important, but I don’t think there’s always a correlation between being a great communicator and other virtues that make for a great leader.” – John Mackey

39. “The great thing about a culture is that once you really get it going, it evolves on its own. It’s self-organizing. It’s dynamic. It just feeds on itself.” – John Mackey

40. “The stakeholder approach to business sees integration rather than separation, and sees how things fit together.” – John Mackey

41. “I was in my early 20s and open to alternative lifestyles. I thought, ‘I bet you get a lot of attractive, interesting women in a vegetarian co-op.” – John Mackey

42. “More than once in the history of Whole Foods Market, the company was unable to collectively evolve until I myself was able to evolve – in other words, I was holding the company back. My personal growth enabled the company to evolve.” – John Mackey

43. “I believe our philosophy of conscious capitalism will eventually be widely adopted primarily because it is a better way to do business, and it creates more total value in the world for all of its stakeholders.” – John Mackey

44. “We believe that business is good because it creates value. It is ethical because it is based on voluntary exchange; it is noble because it can elevate our existence, and it is heroic because it lifts people out of poverty and creates prosperity.” – John Mackey

45. “I believe that all forms of socialism have been proven over time to result in a loss of both economic and civil liberties, with increasing poverty.” – John Mackey

46. “Shopping for groceries for most people is like a chore. It’s like doing the laundry or taking out the garbage. And we strive to make shopping engaging, fun and interactive.” – John Mackey

47. “I kind of have this sense of mission now when we talk about success: I’d really like Whole Foods to contribute to the healing of America, and the success of that may be measured in decades rather than in months, but I think we’re on the way to doing it.” – John Mackey

48. “We wanted to preserve as many jobs as possible, so when our sales continued to decline in August 2008, we did about a 5 percent reduction of our global staff. But in order not to cut any more jobs, we froze everybody’s pay and put a hiring freeze on.” – John Mackey

49. “I tell students and young professionals all the time to follow their hearts, do what they truly love, and if it’s business, run it by being grounded in ethical consciousness.” – John Mackey

50. “I started out young and idealistic, and it was all about social justice and fair distribution of resources. I didn’t understand why everybody couldn’t be equally prosperous.” – John Mackey

Thanks for checking out this collection of quotes from John Mackey! Don’t forget to share them on social media with your friends and family.

Which are your favorite John Mackey quotes? Leave a comment below. 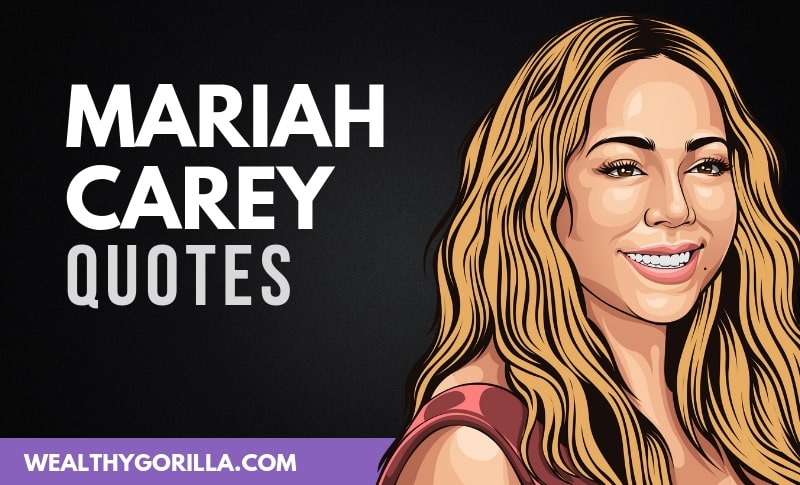 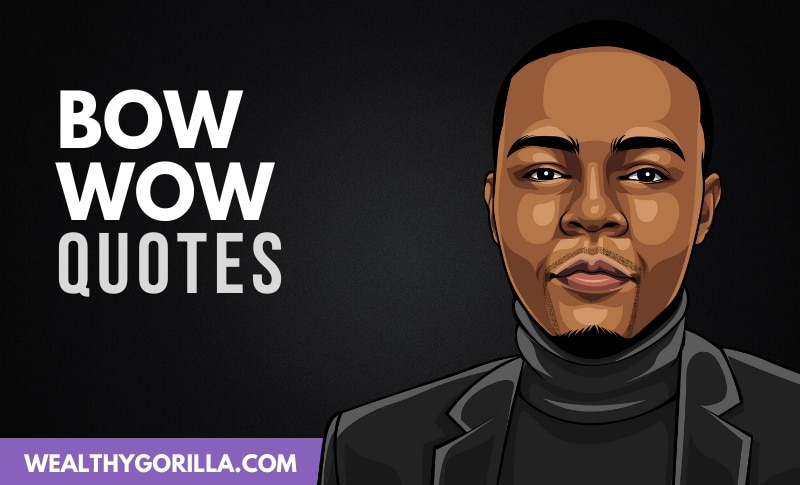 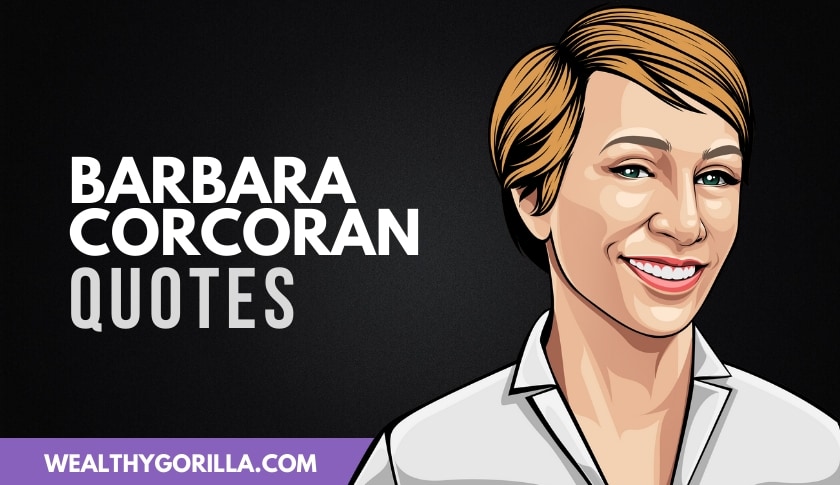 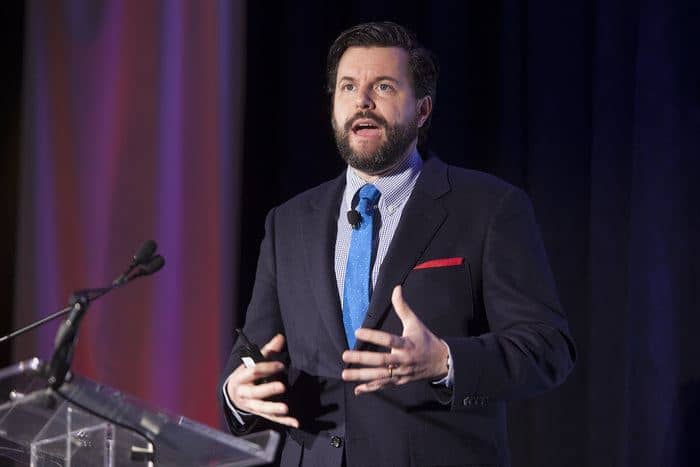 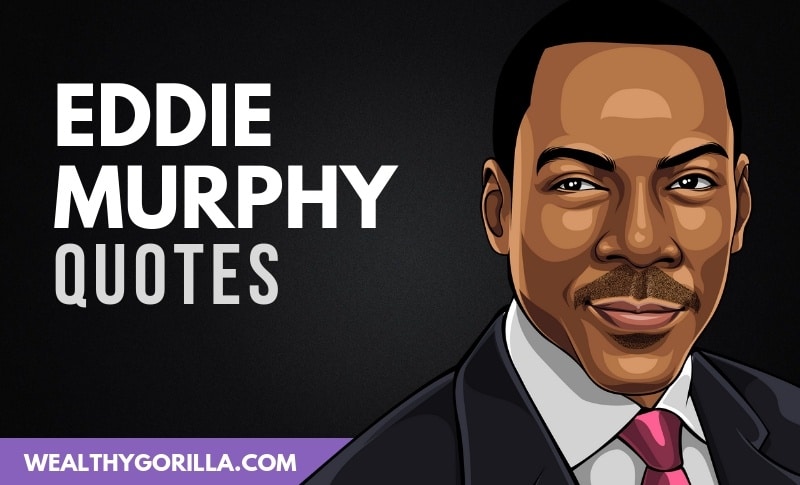