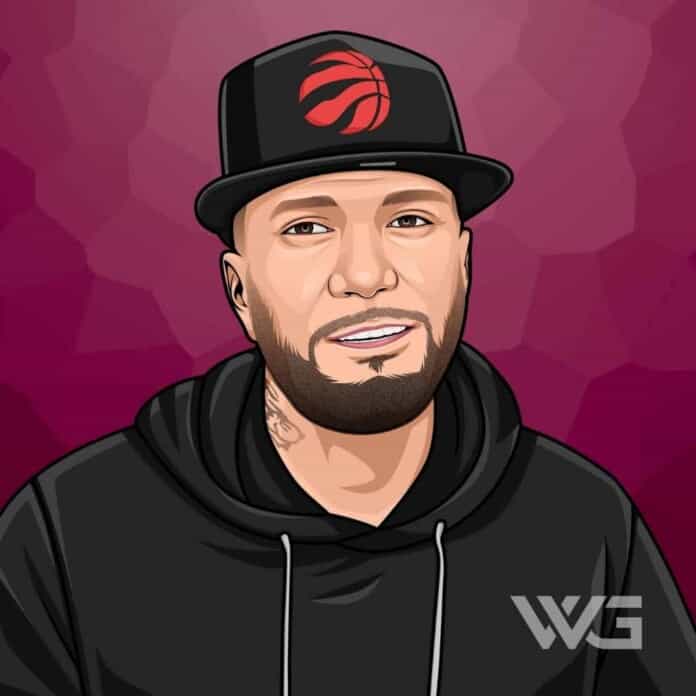 What is Karl Wolf’s net worth?

Karl Wolf is a professional musician.

He has been a singer and songwriter since 2001.

In 2006, Wolf released his first solo album ‘Face Behind the Face,’ with MapleNationawide/Universal. He followed this up with a second album titled ‘Bite the Bullet’ the following year. His third album, ‘Nightlife’ was released in 2009.

Samah comes from a musical household. His mother was a piano instructor, and his father played the guitar. They fled to Dubai due to the civil war in Lebanon.

He studied in the UAE. His stage name comes from a nickname he received on his high school basketball team because he was the smallest on his team. Samah also said that his mother and father were one of the reasons why he started with his musical career.

In 2005, Wolf ventured into a solo career, and he dropped his debut album ‘Face Behind the Face’ in 2006. It reached the Canadian Top 100 sales chart and it came with two popular singles ‘Butterflies’ and ‘Desensitize.’ He followed up with his second studio album ‘Bite the Bullet’ in 2007.

His first single released from the album was ‘Africa’ was a remake of the worldwide hit ‘Africa’ by Toto. The song peaked at number 1 on the iTunes charts, and it also stayed on the second spot for four weeks.

This is one of the reasons why the track is one of the most successful single to date. It topped the MuchMusic Top 30 Countdown charts and has also found success in Japan.

After a few years, he signed a new recording contract with the Universal Republic, followed by a worldwide deal with Universal Music Canada in 2011.

Here are some of the best highlights of Karl Wolf’s career:

“Canadian artists in Canada, if you’re not doing something big internationally, they definitely don’t give us super big respect right away. You have to really earn it. In my opinion, that’s what makes us Canadian artists stronger. By the time we are out on the world stage, we are so prepared.” – Karl Wolf

“Trying to make your own sound is hard. When I was producing for other artists, I could just produce and write songs as a normal songwriter, and almost make them generic.” – Karl Wolf

“The artists themselves, whoever is singing that song, can put their own twist on it. When it came to my own material, I had to really dig deep, because I was just writing generic stuff. It sounded like everybody else, like Justin Timberlake, like Usher. I never wanted to sound like someone, that’s when you know it’s not going to work.” – Karl Wolf

“I’m looking at the same guy every day in the mirror. It’s all I do. It was tough, but I’m trying to enjoy and take advantage of the summer. We are one of the smarter people. I think everyone understood and knew what was going on and said, let’s be safe. Even with patios, I think it’s incredibly smart. We aren’t opening like in Quebec.” – Karl Wolf

“Here’s how it happens for me. When Covid was hit with the scare, I couldn’t even create. I have a studio at home, and I was trying to develop something, but it was hard with all of the anxiety – the uncertainty of seeing family. It was new and truly hard on people. I still went into the studio, but I made parody songs. I was poking not fun at it but lightening the mood.” – Karl Wolf

Now that you know all about Karl Wolf’s net worth and how he achieved success; let’s take a look at some of the best lessons we can learn from him:

Life is about hard work, having fun, making history

Hard work is the most important key to success.

3. Making Your Own Sound

Trying to make your own sound is hard. When Wolf was producing for other artists, he could just produce and write songs as a normal songwriter, and almost make them generic. It all takes time.

How much is Karl Wolf worth?

Karl Wolf’s net worth is estimated to be $16 Million.

How old is Karl Wolf?

How tall is Karl Wolf?

Karl Wolf is a well-known Lebanese-Canadian musician. Wolf was born in Lebanon in 1979. He and his family later moved to Dubai when he was 3 years old. His parents are both musicians.

He is known for his amazing skills, and he started out writing music and was a backup singer for Dubmatique. Wolf is a perfect example of someone who has used his hard work and dedication to be where he is today.

What do you think about Karl Wolf’s net worth? Leave a comment below.