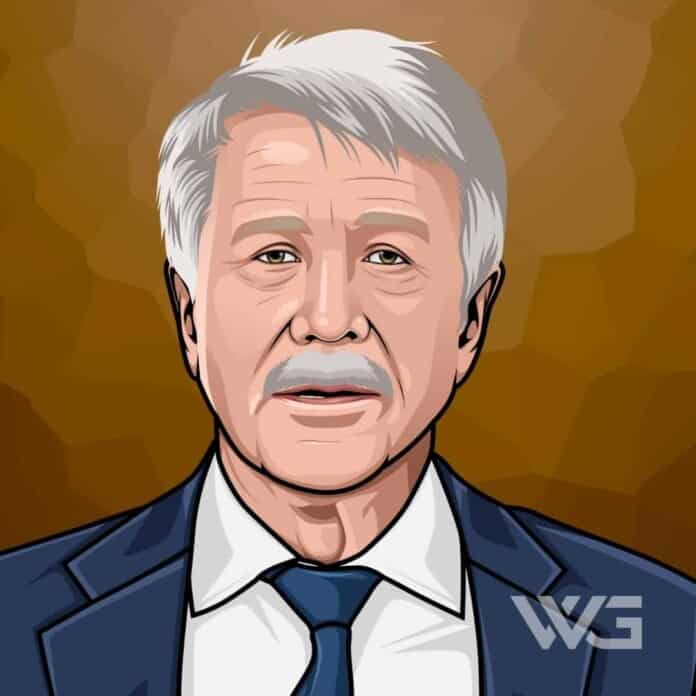 What is Leonid Mikhelson’s net worth?

As of January 2023, Leonid Mikhelson’s net worth is estimated to be $20 Billion.

Leonid Viktorovich Mikhelson was born on the 11th of August, 1955, Kaspiysk, Russia.

He started working as a foreman at a construction and assembling company in the Tyumen area of Siberia. One of his initial projects was to work on the Urengoi-Chelyabinsk gas pipeline.

In 1985, Mikhelson was appointed as Chief Engineer of Ryazantruboprovodstroy.

In 1987, he became the General Director of Kuibishevtruboprovodstroy.

Mikhelson continued as Managing Director at the company, which has been renamed NOVA, until October 1994. He then became General Director of its holding company, Novafinivest, which later became known as NOVATEK.

Mikhelson has a strong interest in art, stating that “99 percent” of his interest is in Russian and contemporary art. He also established his foundation, the V-A-C Foundation, which promotes contemporary Russian art, and has international ties with the New Museum in New York, the Tate museums in the UK, and London’s Whitechapel gallery.

How Does Leonid Mikehlson Spend His Money?

Leonid Mikhelson spends some of his money on his art collection and real estate.

Mikhelson is known as an art collector. One of his collections is named after his daughter Viktoria Mikhelson.

Mikhelson lives with his family in a large house Barvikha near Moscow. He also owns a home in Miami Beach.

Here are some of the best highlights of Leonid Mikhelson’s career:

“Of course, technical difficulties due to sectoral sanctions against Novatek and automatically against Yamal LNG … there are difficulties with attracting credit financing.” – Leonid Mikhelson

“Even by the most pessimistic valuations, the project is feasible.” – Leonid Mikhelson

Now that you know all about Leonid Mikhelson’s net worth, and how he achieved success; let’s take a look at some of the lessons we can learn from him:

Every overnight success is years in the making, as they say. Successful people know this.

2. Watch What People Do

So, rather than listening to what people say watch what they do. Draw your conclusions from people’s actions, not their words.

You get better. What used to be a new challenge is now routine. It was only difficult because you leveled up. Accept new challenges.

How much is Leonid Mikhelson worth?

Leonid Mikhelson’s net worth is estimated to be $20 Billion.

How old is Leonid Mikhelson?

How tall is Leonid Mikhelson?

Leonid Mikhelson is a Russian businessman who is the CEO and major shareholder of Novatek. He has since sold 20% of the company, but still holds a majority stake, and continues to serve as CEO.

In addition to his duties with Novatek, he also owns nearly 75% of Samara-JSC, a large bank that was formed in 2006.

As of January 2023, Leonid Mikhelson’s net worth is estimated to be $20 Billion.

What do you think about Leonid Mikhelson’s net worth? Leave a comment below.