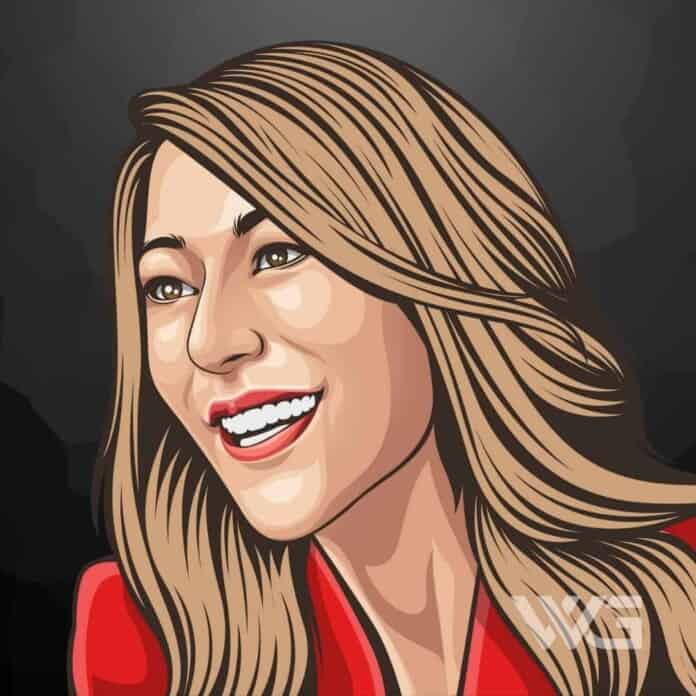 What is Lori Greiner’s net worth?

As of December 2022, Lori Greiner’s net worth is estimated to be roughly $150 Million.

Lori Greiner is an American entrepreneur, investor, and television personality from Chicago.

Greiner is mostly known as a cast member of the reality show ‘Shark Tank’ and has been called one of the most prolific investors of all time. She is also known as “The Queen of QVC” and the “Warm Blooded Shark”.

Lori Greiner was born in Gold Coast, Chicago on the 9th of December, 1969. Greiner is the 2nd daughter of a real estate developer father and a psychological mother. Her parents divorced when she was 9 years old.

Greiner majored in focusing on journalism, communications, television and film at Loyola University Chicago. She was also briefly a playwright and designer, where she sold her own jewelry on the side.

Greiner began her career by creating a plastic earring organizer with sliding rods that could neatly store 100 pairs of earrings. She created a prototype of the product which was picked up by J.C. Penney before the holiday season.

She claimed that “she never set out to be a serial inventor” but her success on the Home Shopping Network started her on that path. The following year she transitioned to QVC and in 2000 she created an arsenal of new products.

In 2012, Greiner joined the TV series Shark Tank. Two years later her investment in Scrub Daddy, a company that produces a texture changing household sponge was noted as a huge success. In 2014 she had sold more than 2 million on QVC.

In 2016, Scrub Daddy resigned as “the biggest success story in Shark Tank history” with sales over 100 million. Other investments that she had included Squatty Potty, Readerest, Paint Brush Cover, Hold Your Haunches, Drop-Stop, FiberFix, Simply Fit Board, and Screened.

The following year, Greiner’s Simply Fit Board, Scrub Daddy, and Sleep Styler are cited as 3 of the biggest Shark Tanks hits to date. Greiner published the book ‘Invent it, Sell it, Bank it! – Make Your Million Dollar Idea into a Reality in 2014 which was a bestseller.

Greiner continues to be on the Shark Tank TV series alongside other serial entrepreneurs including Mark Cuban, Kevin O’Leary, Barbara Corcoran, Robert Herjavec, and Daymond John.

Here are some of the best highlights from Lori Greiner’s career:

“There are no no’s, just how can I. You can attain any goal you set out to accomplish. The power of believing in yourself and perseverance goes a long way! There’s always a solution to every challenge.” – Lori Greiner

“Entrepreneurs tend to be very driven, risk-takers, confident, and tenacious. They don’t give up and will find another way to keep driving ahead.” – Lori Greiner

“When I had challenges, it taught me to be more on top of it for the future. Things go wrong all the time when you’re running your own business, but it’s how you perceive it and deal with it that matters.” – Lori Greiner

“I roll out of bed in the morning whenever I want, and I work right away because to me, that’s the life. That’s freedom. The whole point for me is that I love the freedom of being an entrepreneur that I do what I want to do when I want to do it.” – Lori Greiner

“I get inundated with hundreds of emails a day. If I’m not working on a show, speaking engagement, or traveling or whatever … if I get to be in the office, my typical day would be looking at hundreds of emails that come in overnight. I do get buried in emails. I love to go to bed at 2 a.m. I’m a night owl. I get energized at night. I just love the night. It’s quiet. I can think. I can do things or I can just enjoy myself.” – Lori Greiner

View our larger collection of the best Lori Greiner quotes!

Now that you know all about Lori Greiner’s net worth, and how she achieved success; let’s take a look at some of the lessons we can learn from her:

Great ideas don’t sell themselves. If you want to convince your boss, partner, or any other person the first step is to be confident in yourself.

Communicate is really important, and having effective communication is more than saying the right words. By developing a hook, a way that intrigues people and gets their attention easily you can tap into your personal leadership.

3. Be A Good Listener

Listening is a very important skill to master in any situation, especially in business. Be a good listener whatever situation you are in.

How much is Lori Greiner worth?

Lori Greiner’s net worth is estimated to be $150 Million.

How old is Lori Greiner?

How tall is Lori Greiner?

Lori Greiner has been called one of the most prolific investors of all time. Greiner is also known as “The Queen of QCV” and the “Warm Blooded Shark”. She has influenced many by her work and there’s no doubt to say that her net worth will continue to increase in her future.

As of December 2022, Lori Greiner’s net worth is approximately $150 Million.

What do you think about Lori Greiner’s net worth? Leave a comment below.