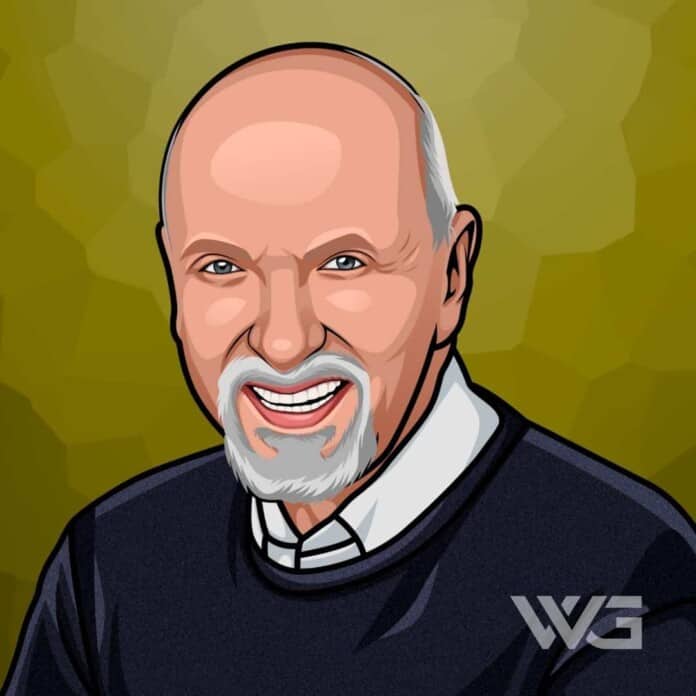 What is Mark Victor Hansen’s net worth?

Hansen is best known as the founder and co-creator of the ‘Chicken Soup for the Soul’ book series. The book has expanded into a major multi-media empire that is traded on the NASDAQ as CSSE.

The book is one of the most successful publishing franchises in the world today. More than 500 million books have been sold internationally.

Mark Victor Hansen was born on the 8th of January, 1948, in Illinois. Hansen graduated from Southern Illinois University and went on to co-create the ‘Chicken Soup for the Soul’ book series.

He was born to Danish immigrants Paul and Una Hansen. His work on ‘Chicken Soup for the Soul’ sold more than two million copies, and the series is published in more than 50 languages.

Alongside Jack Canfield, Hansen is best known for creating “the decade’s publishing phenomenon,” ‘Chicken Soup for the Soul.’ The name “Chicken Soup” was chosen because chicken soup is a home remedy for the sick.

As of today, there are now over 500 million copies in print and 50 languages worldwide.

The following year, he co-wrote the book ‘How to Make the Rest of Your Life the Best of Your Life.’ He co-authored another book titled ‘Cash in a Flash’ in 2010, which was the sequel to the New York bestseller ‘The One Minute Millionaire.’

Hansen has appeared on ‘The Today Show,’ ‘CNN,’ and ‘Oprah,’ and he was featured in USA Today, ‘The New York Times, and Entrepreneur Magazine.

How Does Mark Victor Hansen Spend His Money?

Mark Victor Hansen loves to give back to the people, which is why he likes to spend some of his fortunes on supporting various charities.

Hansen loves to give back to society. He has been involved and supports charities such as Horatio Alger scholarships, Habitat for Humanity, American Red Cross, Operation Smile, Oceana, March of Dimes, Covenant House, and Childhelp USA.

Here are some of the best highlights of Mark Victor Hansen’s career:

“The journey to financial freedom starts the MINUTE you decide you were destined for prosperity, not scarcity- for abundance, not lack. Isn’t there a part of you that has always known that? Can you see yourself living a bounteous life- a life of more than enough? It only takes one minute to decide. Decide now.” – Mark Victor Hansen

“This is an absolute law: You’ve got to be rich inside to become and remain rich outside. Become rich inside and your mental equivalent will manifest in your experience.” – Mark Victor Hansen

“Giving is God’s way. It is the way that I now understand is the truth of the Universe. Giving multiplies me and makes me feel complete and fulfilled. Giving makes me feel that I make a real and important difference.” – Mark Victor Hansen

Now that you know all about Mark Victor Hansen’s net worth, and how he achieved success; let’s take a look at some of the lessons we can learn from him:

You control your future, your destiny. What you think about comes about. By recording your dreams and goals on paper, you set in motion the process of becoming the person you most want to be. Put your future in good hands – your own.

Don’t wait until everything is just right. There will always be challenges, obstacles, and less than perfect conditions. So what. Get started now. With each step you take, you will grow stronger, more and more skilled, more and more self-confident, and more and more successful.

Thoughts and ideas are the source of all wealth, success, material gain, all great discoveries, inventions, and achievements.

System: Save yourself time, energy, and money.

Close your outer eyes and open your inner eyes.

How much is Mark Victor Hansen worth?

Mark Victor Hansen’s net worth is estimated to be $50 Million.

How old is Mark Victor Hansen?

How tall is Mark Victor Hansen?

Mark Victor Hansen is probably best known as the co-author of the ‘Chicken Soup for the Soul’ book series. He has set a world record in book sales with over 500 million books sold.

Hansen never gave up on his dreams and he is glad that he held fast to the principles of perseverance excellence.

He is also known globally as the Ambassador of Possibility. Hansen was turned down many times trying to get his book published but he keeps on going and today he is one of the most popular authors.

What do you think about Mark Victor Hansen’s net worth? Leave a comment below.