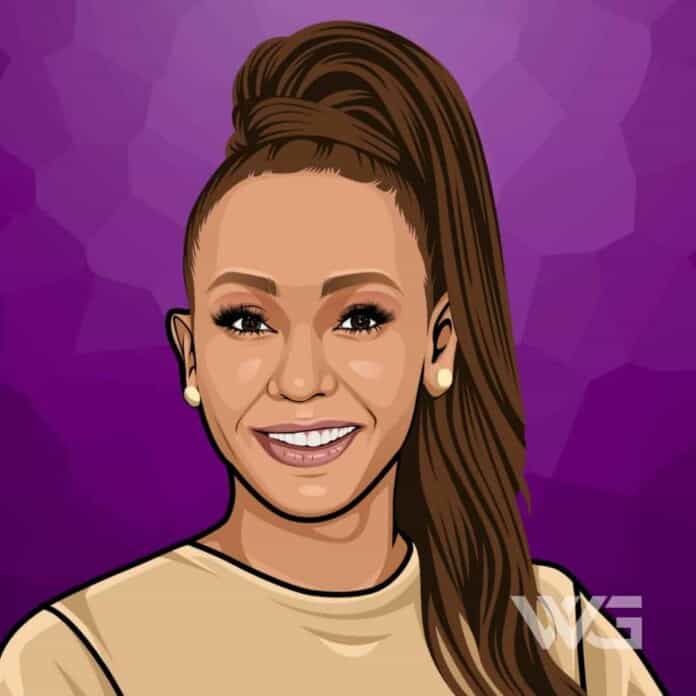 What is Melanie Brown’s net worth?

Melanie Brown is an English singer and actress.

Brown rose to fame in the 1990s as a member of the girl group Spice Girls, in which she was nicknamed Scary Spice. With over 90 million records sold worldwide, the group became the best-selling female group of all time.

She had her debut solo album with ‘Hot’ in 2000. The album’s single ‘I Want You Back’ reached number one on the UK Singles Chart.

As of February 2023, Melanie Brown’s net worth is estimated to be roughly $6 Million.

Brown is the daughter of Andrea and Martin Brown. Through her mother, Brown is a first cousin of actor and director Christian Cooke; Cooke’s mother, Di, and Brown’s mother, Andrea, are sisters.

She studied performing arts at Intake High School in Rodley, Leeds, before entering the entertainment industry. She also worked as a dancer in Blackpool, Lancashire.

Brown rose to fame as a member of the all-girl group Spice Girls. As a Spice Girl, she was known as “Scary Spice” and “Mel B” or “Melanie B” to distinguish her from her Spice Girls bandmate Melanie C.

The members of Spice Girls included Victoria Beckham, Emma Bunton, Geri Halliwell, and Melanie Chisholm. When the teen-band scene was saturated by boy bands like taking That and East 17, the Spice Girls managed to establish themselves as a global phenomenon.

Their breakthrough came with their single ‘Wannabe’ in 1996. In the late 1990s, The Spice Girls released their debut album, ‘Spice,’ which sold more than 28 million copies worldwide.

They released ‘Spiceworld’ in 2007 and ‘Forever’ in 2000. Brown’s first solo release was the single ‘I Want You Back’ with Missy Eliott on Virgin Records. The single charted at #1 on the UK Singles Chart.

As of February 2023, Melanie Brown’s net worth is estimated to be roughly $6 Million

How Does Melanie Brown Spend Her Money?

Melanie Brown spends some of her money on charity work.

Here are some of the best highlights of Melanie Brown’s career:

“I wouldn’t call myself a feminist. I try to live by the girl-power motto. It’s about believing in yourself, no matter how bad a day you’re having, and lending your support to other women. It’s empowering to have that camaraderie with other women.” – Melanie Brown

“I collect art. I recently bought two gorgeous photographs of Marilyn Monroe by international photographer Eve Arnold, and I know it sounds horrible. Still, when she dies, all her pictures are going to be worth triple. But I won’t tell you how much I got them for – let’s say it was a lot.” – Melanie Brown

“Look, everything that you experience as a kid is the foundation of how you are today. I was brought up in a working-class family in Leeds, and when it comes to money, both my parents worked hard and instilled the same attitude into me.” – Melanie Brown

“One of five girls in the entire world that can honestly say I’m a Spice Girl. I’m still proud of that and what we’ve achieved as a group – spreading the word of positivity and girl power. I’m really proud to call myself that.” – Melanie Brown

“Overly excited to finally announce this amazing global partnership deal back home with EMI Music. I know I have mentioned making music in the past, but for legal reasons, I was not in a position to release any new music.” – Melanie Brown

“I’ve always said that kids should enhance your life, not hinder your life, so I try to make the most out of being with my kids. You have to have a life for yourself somewhere in the mix of being a wife and mum.” – Melanie Brown

Now that you know all about Melanie Brown’s net worth and how she achieved success; let’s take a look at some of the lessons we can learn from her:

1. Get Ready For Action

Running strips you and works your core, mixing it up with different exercises, so your body doesn’t get used to one thing, so you can really get intense with your workout.

Everybody can be as fit as possible for their particular body if they work out and eat healthily.

How much is Melanie Brown worth?

Melanie Brown’s net worth is estimated to be $6 Million.

How old is Melanie Brown?

How tall is Melanie Brown?

Melanie Brown is a well-known singer, dancer, and actress.

Brown is probably most widely recognized as a member of the pop group, The Spice Girls. She had also released several solo albums and released an autobiography, ‘Catch a Fire’ in 2002.

As of February 2023, Melanie Brown’s net worth is estimated to be roughly $6 Million.

What do you think about Melanie Brown’s net worth? Leave a comment below.

What is Charles Koch's net worth? Introduction  As of ,...