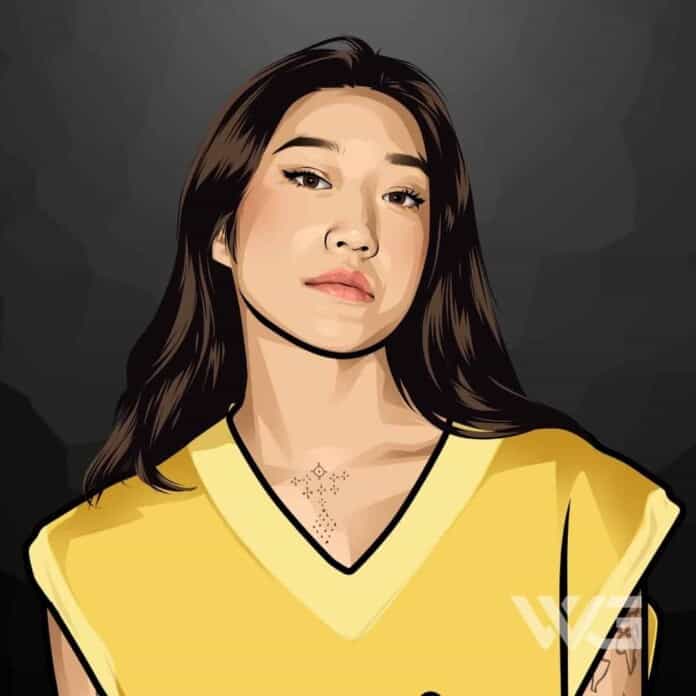 What is Peggy Gou’s net worth?

Gou has released seven EPs on record labels, including Ninja Tune and Phonica.

In 2019, she launched her own independent record label, Gudu Records. She was featured on ‘Jigoo,’ the lead track from Maurice Fulton’s Gudu-issued Earth EP, in 2020. The following year, Gou released the downtempo single ‘Nabi.’

As of December 2022, Peggy Gou’s net worth is estimated to be roughly $2 Million.

Min-Ji began classical piano lessons at age 8. At age 14, her parents sent her to London, England, to study English.

She moved back to Korea when she was 18 years old, but six months later, she returned to London to study fashion at the London College of Fashion.

Gou was taught to DJ in 2009 by her friend from Korea.

She had her first gig in Cirque Le Soir, Soho, and later performed weekly at The Book Club, East London. In 2013, she learned to use Ableton and began to create her own tracks. Her first track, ‘Hungboo’ was completed in 2014.

She made her recording debut in 2016 on Radio Slave’s Rekids label with The Art of War Part 1, featuring a remix from Galcher Lustwerk. She next released four EPs, including ‘Seek for Maktoop’, with the hit track ‘It Makes You Forget (Itgehane).’

In 2018, Gou released her music on record labels Ninja Tune and Phonica. In September 2018, she won Best Track for ‘It Makes You Forget (Itgehane)’ at the AIM Independent Music Awards.

The following year, Forbes named Gou one of the Asian leaders, pioneers, and entrepreneurs under age 30. In February 2019, Gou launched her own fashion label KIRIN, supported by Virgil Abloh, under the New Guards Group.

As of December 2022, Peggy Gou’s net worth is estimated to be roughly $2 Million.

How Does Peggy Gou Spend Her Money?

Peggy Gou spends some of her money on her home in Berlin.

Here are the best highlights of Peggy Gou’s career:

“I wouldn’t say that Korea really influenced me, as I grew up listening to what every kid in Korea was listening to. But my brother was always that guy that listened to music that average kids don’t listen to. He was listening to classical music when he was 12, and I learned the piano at that time.” – Peggy Gou

“The lyrics are very hard to translate in English, and some words would hardly make sense in Korean. But what they’re trying to say is that we’re all the same, and we all have something that we want to forget. It’s quite cheesy, but the lyrics are lovely.” – Peggy Gou

“I still don’t think I’ve reached that point yet, but I think it’s essential to experiment. Playing a set with only four to the floor beats is quite easy – many people can do that. Sometimes, I get pressured when playing at festivals and start thinking that I should do other stuff, but I wouldn’t know it until I try.” – Peggy Gou

“Because I travel a lot, Berlin to me is mainly the place where I sleep and make music. It makes me relaxed, and one of the most beautiful things about being here is the long summer days. In Asia, the sun doesn’t stay up until late into the evening as it does here—it’s always dark by 6 pm.” – Peggy Gou

Now that you know all about Peggy Gou’s net worth and how she achieved success; let’s take a look at some of one of the best lessons we can learn from her:

Peggy Gou has been following her dreams since she was really young. Today she is one of the best female DJs in the world. She also has her own clothing brand, and she has shown us that you have to be yourself.

Music is everywhere, it’s an art, but you should also enjoy it while it lasts.

So many people out there are trying to be someone they are not, be your authentic self.

How much is Peggy Gou worth?

Peggy Gou’s net worth is estimated to be $2 Million.

How old is Peggy Gou?

How tall is Peggy Gou?

Peggy Gou is an amazing DJ who has played all over the world. She has played alongside renowned DJ The Black Madonna at clubs such as Sub Club and Panorama Bar.

In 2019, Gou released the two-song ‘Moment EP’ on her own Gudu Records, as well as her first mix CD, a volume of !K7’s long-running DJ-Kicks series.

What do you think about Peggy Gou’s net worth? Leave a comment below.