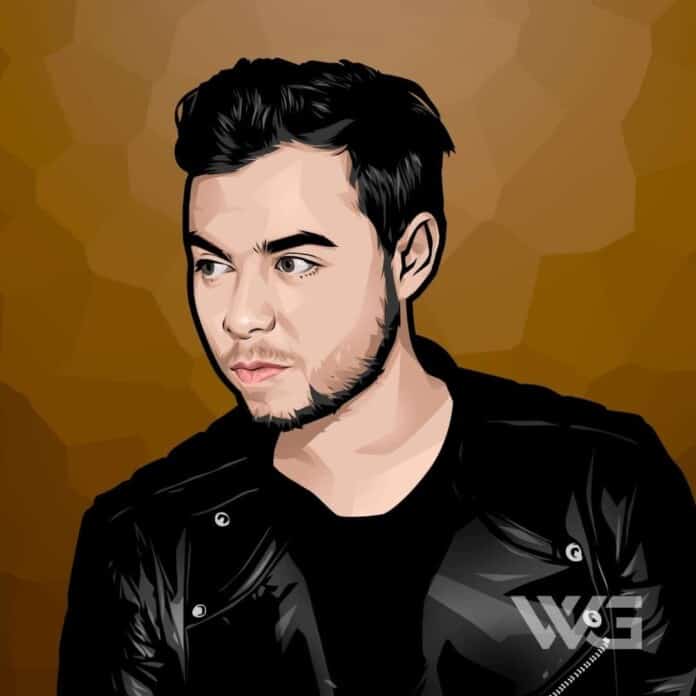 What is Quintino’s net worth?

Quintino is a Dutch DJ and record producer. Notable releases include a remix of ‘Rap das Armas,’ ‘Selecta’, ‘Go Hard’, and ‘Fatality’. In 2019 he was named No. 25 in the Top 100 DJs list put out by DJ Magazine.

Quintino was born on the 21st of September, 1985, in Den Helder, Netherlands. Once he finished school, he realized that the DJ profession was his greatest passion and started doing gigs at various locations.

When he was 18, Quintino was discovered by Dutch DJ Laidback Luke, who decided to accompany the emerging artist. Quintino began producing tracks and remixes in 2007, as well as becoming involved with the popular Dutch dance event Nope Is Dope.

Quintino’s breakthrough followed in 2011 with his remix of stairs hit ‘Rap Das Armas,’ his first number one in the Netherlands, and the release of Epic, which scored platinum and nearly 18 million views on YouTube counts.

That same year Quintino and his good friend Afrojack produced club hits like ‘Selecta.’ In 2013, he worked together with DJs Tiësto and Alvaro to produce the anthem of the Ultra Music Festival. In August, he launched his radio show on Radio SupersoniQ international station SiriusXM’s Electric Area.

The following year, he produced tracks like ‘Go Hard,’ ‘Slammer,’ ‘Fatality,’ ‘Genesis,’ and a remix of R3hab & Trevor Guthrie’s hit ‘Soundwave.’ The same year, Quintino performed on larger stages, growing from a support act to a headliner. He made his debut in the DJ Mag Top 100 DJs in 2014, at the 86th position.

The following year, his touring schedule was restless, exceeding 200 gigs a year across the globe, and DJ Mag included him in their Top 100 DJs list in 2014 and 2015.

Here are the best highlights of Quintino’s career:

“Last year, I focused on releasing a lot of club bangers to go back to my roots. For 2019, I wanted to do something special, so I have been working on my first studio album, which is set to release later this year. I’m really happy with how it turned out because I definitely was able to show different sides of me.” – Quintino

“I really like to switch things up. I enjoy looking back at old sounds, but at the same time, I want to keep my set fresh and bring new ones as well. In the end, my goal is to bring my fans on to a journey while really surprising them and giving them new experiences.” – Quintino

“I’ve always been good friends with Alok, and in the past, I’ve released some singles that have South American / Brazilian vibes. I started with the concept for the track and decided to send it to him. He really liked it, so we worked on it together, and we were able to officially finish and release it.” – Quintino

“Starting this month, I have a hefty summer schedule. You can find me on a lot of festival mainstages including Airbeat One, New Horizons & Open Beatz in Germany, Tomorrowland, Medusa Festival & Unite with Tomorrowland – Barcelona in Spain, Alfa Future People in Russia and Galp Beach Festival in Portugal.” – Quintino

“I really wanted to do something different this year, and I’ve never done an album before. I really wanted to create a musical statement that underlines the various sounds I’ve produced throughout the years and bring everything together on one album.” – Quintino

Now that you know all about Quintino’s net worth and how he achieved success; let’s take a look at some of the lessons we can learn from him:

Keep your face always toward the sunshine – and shadows will fall behind you.

2. You Can You Whatever You Decide To Do

We can change our lives. We can do, have, and be exactly what we wish.

Records count for nothing when the race starts.

How much is Quintino worth?

Quintino’s net worth is estimated to be $1 Million.

How old is Quintino?

How tall is Quintino?

Quintino is an amazing DJ and music producer who rocketed to stardom with the release of his platinum single with Sandro Silva, ‘Epic,’ which earned more than 19 million views on YouTube. He is also a well-known remixer of tracks like Junior e Leonardo’s ‘Rap das Armas.’

What do you think about Quintino’s net worth? Leave a comment below.