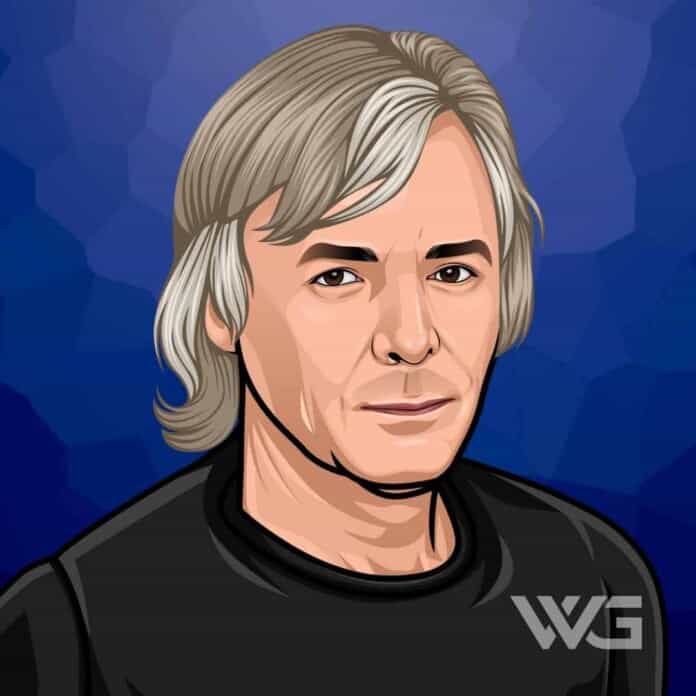 What is Rick Wright’s net worth?

Rick Wright was an English musician.

Wright was the co-founder of the progressive rock band Pink Floyd. He played keyboards and sang, performing on almost every Pink Floyd album and playing on all their tours.

After being joined by frontman and songwriter Syd Barrett, the group found commercial success in 1967.

He taught himself to play guitar, trombone, trumpet, and piano at age 12 while recuperating from a broken leg.

Wright took private lessons in music theory and composition at the Eric Gilder School of Music and became influenced by the trad jazz revival, learning the saxophone along with his other instruments but continuing to study piano.

He met Roger Waters and Nick Mason at the University of Westminster.

Wright was born in England, and he first started to play guitar, piano, and trumpet at the age of 12. It didn’t take him long to realize that music was his true calling.

Wright was a founding member of The Pink Floyd Sound as they were called in 1965. He also participated in its previous incarnations as Sigma 6 and The (Screaming) Abdabs.

He often sang harmony and occasionally lead vocals on stage and in the studio with Pink Floyd, most notably on the singles ‘Time’, ‘Echoes,’ ‘Wearing the Inside Out,’ ‘Astronomy Domine’ and ‘Matilda Mother’.

Aside from his work with the group, Wright recorded his solo project called ‘Wet Dream’ in 1978. In 1984, he formed a new music group along with Dave Harris, jointly recording a music album called ‘Identity’.

Throughout his life, Wright has given many successful live concerts as well. Off the stage, he had three marriages and three children, two from his first and one from his third marriage. He died of cancer at the age of 65.

Here are some of the best highlights of Rick Wright’s career:

“The fact that people still know us is, in my opinion, a result of our music and of the big money that runs the music industry today. The people who control the industry are accountants who recycle everything in new, nostalgic packages, and everything else, to make more money.” – Rick Wright

“We worked very hard to make the lyrics suit the music. I can’t, like Elton John, for example, compose by lyrics. Elton has a great talent for that. Whatever you give him, including your questions, he composes in half an hour and makes a great song out of it.” – Rick Wright

“Sometimes I play something, and I haven’t recorded it, and I don’t know where it came from, why my hands did what they did, what key it was in, anything.” – Rick Wright

“In one fell swoop we can now see the same mental health benefits of marriage for same-sex couples as heterosexual couples, the main reason there is a benefit to being in a legally recognized marriage is that it introduces a level of stability into a relationship. This is going to help change the social climate. Hearing the Supreme Court say this is OK will help couples feel like they’re part of regular society.” – Rick Wright

“It wasn’t a decision based on music. It was more on a personal level because I’d become involved with someone that lived in Greece, and I decided to move there to be with her. I didn’t do it to get away from the music business. But I just woke up one day and thought.” – Rick Wright

Now that you know all about Rick Wright’s net worth and how he achieved success; let’s take a look at some of the lessons we can learn from him:

Life without purpose is meaningless.

It is life’s principle and you have to accept it as it comes; nothing happens when nothing is done

For every dream that you have, your week needs to match that dream.

How much is Rick Wright worth?

Rick Wright’s net worth is estimated to be $70 Million.

How old is Rick Wright?

How tall is Rick Wright?

Rick Wright was an English musician, singer, and songwriter, best known for his career with Pink Floyd.

Wright was most widely recognized as a member of the rock band, Pink Floyd. His skills as a keyboardist are considered one of the primary reasons for Pink Floyd’s distinctive sound and success.

What do you think about Rick Wright’s net worth? Leave a comment below.