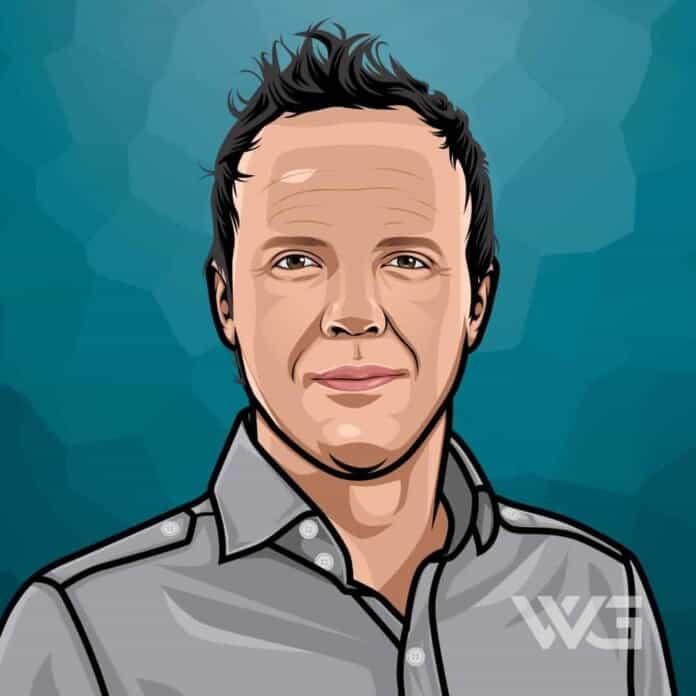 What is Ryan Smith’s net worth?

Ryan Smith is an American billionaire businessman. Smith is the executive chairman and co-founder of Qualtrics.

In 2016, Smith was included in “Fortune’s 40 Under 40”. In 2020, he agreed to purchase the Utah Jazz from the Miller family for $1.66 billion. The same year, the NBA’s Board of Governors approved the transfer of ownership.

Ryan Smith was born in Eugene, Oregon. His father worked as a university professor and is one of the co-founders of Qualtrics. His mother holds a Ph.D. in information systems and is an entrepreneur.

When he was attending Brigham Young University’s Marriott School of Business, he founded Qualtrics with his father and brother. During his junior year, he dropped out of school to pursue his career working on Qualtrics. He eventually returned to school and finished his degree in 2016.

In 2002, Smith started Qualtrics with his friend Stuart Orgill, his father, and his oldest brother. The basement of their Provo home became Qualtrics office for the next couple of years. During the early days, the company was being turned down by corporations and started to target schools that could use the software.

Qualtrics moved its first office in Provo, Utah, in 2006 and reached its first $1.3 million with only 15 employees. In 2007, the company extended its function not just to the academe but also to businesses. For years, Qualtrics has been adamant about venturing capitalists and even turned down an offer of $500 million.

In 2013, Smith became part of “America’s Most Promising CEOs Under 35′. Qualtrics continued to grow with 5,000 customers and $70 million in funding.

A few years later, “5 for Fight” was launched by the company. It was a global campaign to gather funds for concern research by donating $5. 5 for Fight served as the biggest contribution made by Qualtrics to society. The same year, Smith was honored to be part of “Fortune’s 40 Under 40”.

How Does Ryan Smith Spend His Money?

Ryan Smith is an amazing businessman, and he likes to spend his money big time. He lives in a massive house in Newport Beach, which is one of the most expensive residential property sales in Orange County history.

Smith owns a beautiful home in Newport Beach. He purchased the home for $35 million. The home comes with five bedrooms, eight bathrooms, and it features about $1 million worth of Riviera bronze doors and windows, two bars, two chef’s kitchens, a craft room, a gym, and a theater.

Smith is known for being the owner of NBA’s Utah Jazz. He purchased a majority stake of the Utah Jazz for $1.66 billion in 2020. He bought the team from Gail Miller and her family.

Here are some of the best highlights of Ryan Smith’s career:

“Try to have experienced together and learned together to avoid fighting for priorities and budget and all the ‘sh*t.’ If there is nothing but a virtual bond between people, it will be easily disrupted. When you have that connection and experiences together, we have found… longest relationships succeed. We apply that same concept to our customer base.” – Ryan Smith

“If your customer base knows your style and the way you communicate, it’s amazing how if you don’t establish this, then someone else will establish it for you. If you think about moments where you feel a little proud, there is always a bit of adversity. All of you are working on something… what story will you be able to tell after this?” – Ryan Smith

“My answer to customer satisfaction is speed and quality of response when things do go bad, and this comes down to the staff on the ground. Having employee morale high is just as important. If they aren’t engaged or lined up, or empathetic it makes the whole experience worse, and that is where you get into real trouble.” – Ryan Smith

“The number one challenge for us is finding the right talent. The worst thing you can do is lower the bar because you think the local conditions don’t match. I learned this over and over when hiring at Google. You don’t lower the bar; you look harder. All countries have great people.” – Ryan Smith

“We’ve been extremely transparent, but not so that we can be cool. And it’s not about an open environment because that’s not what makes a company transparent. It’s more around the fact that everyone needs to know where we are going and how we are going to get there.” – Ryan Smith

Now that you know all about Ryan Smith’s net worth and how he achieved success; let’s take a look at some of the lessons we can learn from him:

You can be anything you want to be, but you’re going to have to do it.

Trust your gut, learn to be scrappy, tune out the noise, and play the long game.

Hard work is a competitive advantage. Hard work pays off.

Don’t be impatient, and hard work will get you there. If you stay the course, then it’s amazing what execution can actually do.

How much is Ryan Smith worth?

Ryan Smith’s net worth is estimated to be $2 Billion.

How old is Ryan Smith?

How tall is Ryan Smith?

Ryan Smith is a well-established American businessman and entrepreneur who has earned his fortune as the co-founder of the online survey company Qualtrics.

Today, Smith is best known for being the owner of the NBA’s Utah Jazz. Qualtrics was acquired by SAP in 2018 for $8 billion.

What do you think about Ryan Smith’s net worth? Leave a comment below.