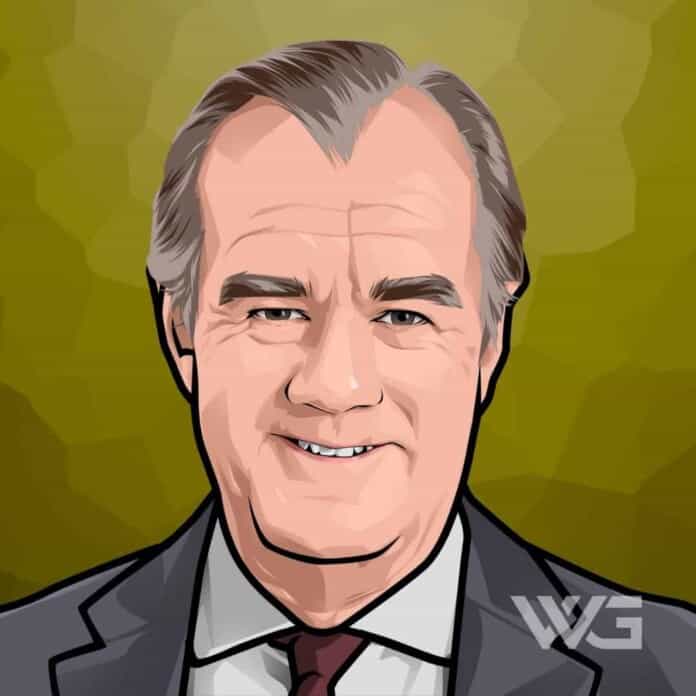 What is Stefan Persson’s net worth?

Stefan Persson is a Swedish business magnate. Persson is the chairman and principal shareholder in the fashion company H&M, which was founded by his father Erling Persson in 1947. He took over the company from his father in 1982 and served as its manager until 1998.

By the late 1990s, H&M was Europe’s largest retail clothing chain. It has built its reputation on fast fashion, trendy designs with broad appeal.

Carl Stefan Erling Persson was born on the 4th of October, 1947, in Stockholm, Sweden. Persson learned fashion retailing from his father, Erling Persson, who founded a women’s clothing store, Hennes, in 1947.

The company added a store in Stockholm and soon became a fashion fixture in the Swedish market, eventually extending its reach to other European countries.

Men’s clothing was added through the 1968 acquisition of Swedish hunting-gear retailer Mauritz Widforss, after which time the firm was commonly known as H&M.

Persson, who joined the family firm in 1972, helped lead its European expansion and was present when the first British store opened in London in 1976. He assumed leadership as H&M’s managing director and CEO in 1982 when his father became chairman of the board.

By the late 1990s, H&M had become Europe’s largest retail clothing chain. As it grew, H&M built its reputation on “fast fashion” – inexpensive, trendy designs with broad appeal, all of which were initially created by in-house designers.

How Does Stefan Persson Spend His Money?

Stefan Persson spends some of his money on real estate.

Here are some of the best highlights of Stefan Persson’s career:

“If there is a Swedish style, I cannot identify it. Stefan Persson Style Cannot Identify Swedish Sweden is famous for many things – but not fashion.” – Stefan Persson

“Niklas Zennstrom has a thorough background as a successful entrepreneur with extensive expertise in areas such as IT and online.” – Stefan Persson

“Digital identity is becoming increasingly important in today’s society. Everyday behavior is changing for all of us. Consider banking, for instance, we hardly ever visit a bank branch now, and we prefer to carry out banking transactions online.” – Stefan Persson

“Cash is also disappearing. It’s predicted that by 2023, Sweden will be one of the first countries to have digital money only. This higher need for secure and convenient methods of identification and verification can only be met through biometrics.” – Stefan Persson

“All of the fantastic people, of course, it is always about the people for me! I’ve been delighted to see how swiftly we’ve been able to adopt the new strategy and seeing the good cooperation between the team members in Shanghai, Lund, and Potsdam.” – Stefan Persson

“It’s also reassuring to get the feedback from the industry that Precise is highly regarded both in terms of what we offer and our leading reputation of very high quality.” – Stefan Persson

Now that you know all about Stefan Persson’s net worth and how he achieved success; let’s take a look at some of the lessons we can learn from him:

It’s essential to surround yourself with people more intelligent than you and to listen to ideas that aren’t yours.

Always try to carry on and calm down through challenging situations.

Listening enables us to learn from each other, from the marketplace, and from the mistake that must be made to get anywhere that is original and disruptive.

How much is Stefan Persson worth?

Stefan Persson’s net worth is estimated to be $25 Billion.

How old is Stefan Persson?

How tall is Stefan Persson?

Stefan Persson is a Swedish business magnate who has accumulated this net worth mainly through the earnings of Hennes & Mauritz (H&M), the fashion company started by his father, Erling Persson. Persson holds a 38.8 percent stake in Hennes & Mauritz, better known as H&M, which is the second-largest private label apparel retailer in the world.

What do you think about Stefan Persson’s net worth? Leave a comment below.