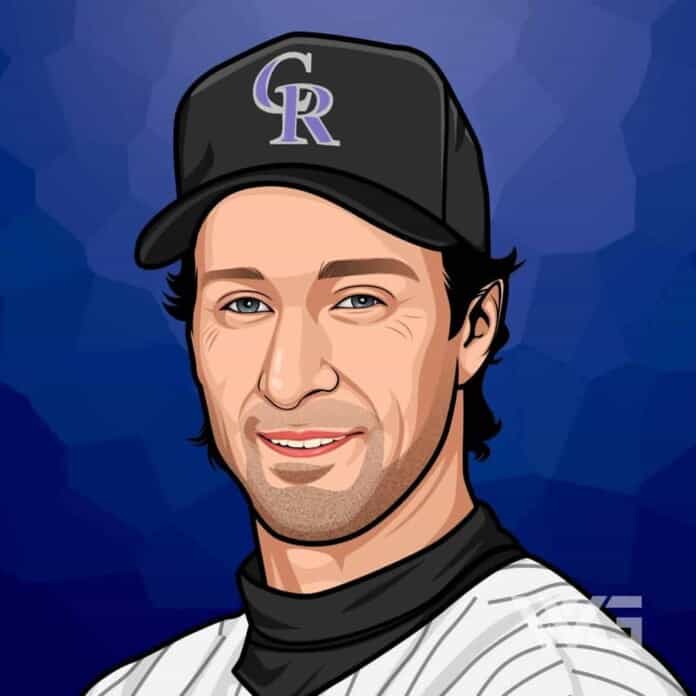 What is Steve Finley’s net worth?

Steven Allen Finley was born on the 12th of March, 1965, in Union City, Tennessee.

Finley worked in education and found jobs in the Paducah School District in Paducah, Kentucky, where Steve would grow up and become a baseball standout at Paducah Tilghman High.

Finley attended Southern Illinois University in Carbondale, Illinois. He won the center-field job in his freshman year. With his excellence in hitting, speed, and defense, he because the best all-around player the school has ever seen.

In 1986, The Atlanta Braves drafted Finley in the 11th round. After his junior year, he was elected not to sign. Although he had two parents in education was a factor, it was breaking his leg in a summer league after his freshman year at SIU that really made the decision for him.

The same year, he was also selected to play for the American collegiate national team. It was the year that lacked the glamour of the Olympic teams.

Finley had a very successful year at SIU. The Baltimore Orioles selected him in the 13th round of the 1987 June draft —325th overall, 57 spots later than the Braves had picked him in ‘86.

In 1999, he opened back in Hagerstown for his age 23 seasons. He played 10 games there before he was promoted, this time to the Triple-A Rochester Red Wings.

His performance and meteoric rise through the minors had more than sufficed to put him on the Oriole’s radar for 1989. The 1988 Orioles were one of the worst teams of the era.

The Finley-Anderson matchup was interesting. They were such remarkably similar players. Anderson is about 14 months older than Finley. Both hit and threw left-handed, and both were considered speed-and-defense outfielders with limited power potential.

How Does Steve Finley Spend His Money?

Steve Finley spends his money on real estate and on charity work.

Finley owns an incredible home in Santa Barbara. The home was built in the 1930s and it comes with five bedrooms, four bathrooms, a large pool, and a spa. He purchased it for $5.7 million.

Finley has helped different charity organizations. Finley donated $250,000 that winter toward establishing a charitable youth fund to keep Houston-area children in school and off drugs.

Here are some of the best highlights of Steve Finley’s career:

“We’re playing for a championship, and Barry is a huge part of that, but he’s (only) one part. I’m looking forward to seeing what he does, but you can’t catch yourself being a spectator. I don’t think that will be a problem.” – Steve Finley

“We were more looking to July when Mo turns 40 for the all-40 outfield. The three of us played for a long time and take good care of ourselves. It’s not like we’re putting three slouches out there. We can all cover the ground, we can put the bat on the ball and we know where to play. We all have good baseball instincts. You’re not losing anything with us out there.” – Steve Finley

“I used to get 10, 20 bunt hits a year a long time ago. Now I get five or six a year. I kind of pick my spots. I’ll probably attempt a lot more than that. Guys still play me in at the third base and in a little at the second base. I always look. If the opportunity’s there, I might as well take it.” – Steve Finley

“In the National League, everybody always said the road to the World Series went through Atlanta. In the American League, the same thing can be said about New York. They’re a storied franchise, and rightfully so, with all of the world championships they’ve won. But we’re not intimidated by the Yankees, and we’re going to have fun playing those guys.” – Steve Finley

Now that you know all about Steve Finley’s net worth and how he achieved success; let’s take a look at some of the lessons we can learn from him:

It’s just judging the situation. There are a lot of different factors involved.

You just put yourself into your work, and you can do anything you want, depending on how hard you want to work for it.

Sometimes we stare so long at a door that is closing that we see too late the one that is open.

How much is Steve Finley worth?

Steve Finley’s net worth is estimated to be $50 Million.

How old is Steve Finley?

How tall is Steve Finley?

Steve Finley is an American former professional baseball player. Finley is best known for being a five-time Gold Glove Award winner. During his baseball career, he earned a little under $70 million in salary.

Finley won the World Series with the Diamondbacks in 2001. He was an MLB All-Star in 1997 and 2000 and won five Gold Glove Awards.

What do you think about Steve Finley’s net worth? Leave a comment below.