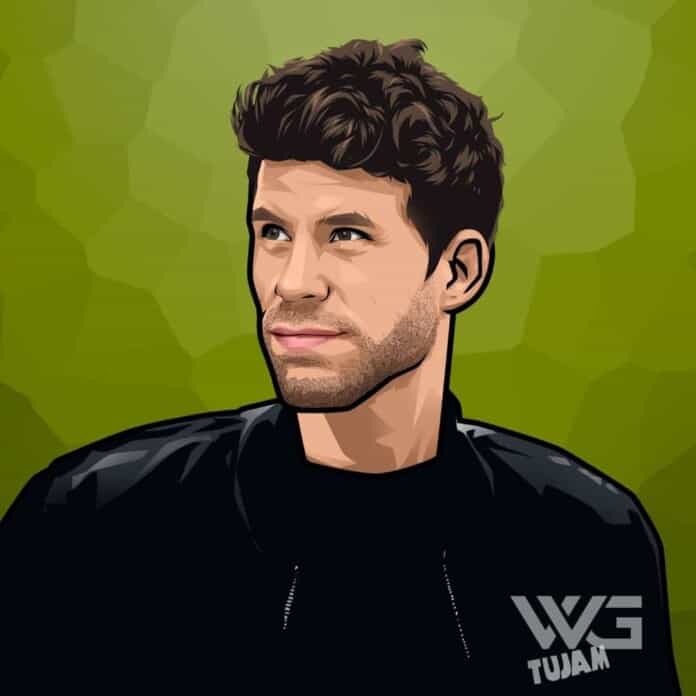 What is Tujamo’s net worth?

Tujamo is a German electro house music producer, who along with Plastik Funk and Sneakbo released the single ‘Dr. Who!’, which peaked at number 21 on the UK Singles Chart.

He also had a hit with Steve Aoki and Chris Lake, ‘Boneless’, which charted at #49 on the German Singles Chart and #42 on the Austrian Singles Chart.

As of February 2023, Tujamo’s net worth is estimated to be roughly $5 Million.

Matthias Richter was born on the 18th of January, 1988, in Detmold, Germany. He began DJing at age 17 and in 2006 participated in and won a talent competition hosted by Club Index in Schüttorf, where he became a resident DJ.

Richter began using the Tujamo moniker that same year and released his debut single, ‘Mombasa’, in 2011.

His first hit, ‘Who’, was originally released in 2011 in collaboration with Plastik Funk, also from Germany It became a large hit at the Winter Music Conference, a Miami house club.

In 2014, his single ‘Boneless’, released in collaboration with Steve Aoki and Chris Lake, charted at number 49 on the German Singles Chart and number 42 on the Dutch Singles Chart.

The same year, he reworked ‘Who’ as ‘Dr. Who!’ with vocals from British rapper Sneakbo and it charted at number 21 on the UK Singles Chart, receiving support from Avicii, Tiësto, Fedde Le Grand, and Steve Aoki.

Some of his other singles include ‘How We Roll’, ‘Do It All Night’, ‘Back 2 You’, and a cover version of Laserkraft 3D’s ‘Nein Mann’.

Here are the best highlights of Tujamo’s career:

“We have known each other for years and we always made jokes about how we would create a cool club tune together. It’s hard to make things happen in this business, that’s why I’m stoked that it worked out in this case!” – Tujamo

“I have always loved his tracks. I’ve also played so many of his songs and could always imagine a combination of both influence and signature sounds, so I knew it had the potential to be a perfect match.” – Tujamo

“I always like to try something new but the important thing is to keep my own signature sound. In addition, I have always been a seriously big fan of unexpected drops. In the last couple of years, it’s worked well in the clubs and always made it fun to play. It’s a good way to get the crowd pumped!” – Tujamo

“I actually noticed that just a few weeks ago and I would never have expected it. It’s because it’s my signature sound, which could make it stand the test of time I guess. This is something you’re missing if you just copy somebody else’s sound because then you’ll be always in the shadow of another artist.” – Tujamo

Now that you know all about Tujamo’s net worth, and how he achieved success; let’s take a look at one of his best lessons that we can learn from him:

The limits of the possible can only be defined by going beyond them into the impossible.

How much is Tujamo worth?

Tujamo’s net worth is estimated to be $5 Million.

How old is Tujamo?

Tujamo was born in 1988, however the exact date is unknown, and so we’re unable to calculate their current age.

How tall is Tujamo?

Tujamo is widely regarded as one of the most talented Newcomers in Germany and played in most of all major clubs and cities across the country.

As of February 2023, Tujamo’s net worth is estimated to be $5 Million.

What do you think about Tujamo’s net worth? Leave a comment below.