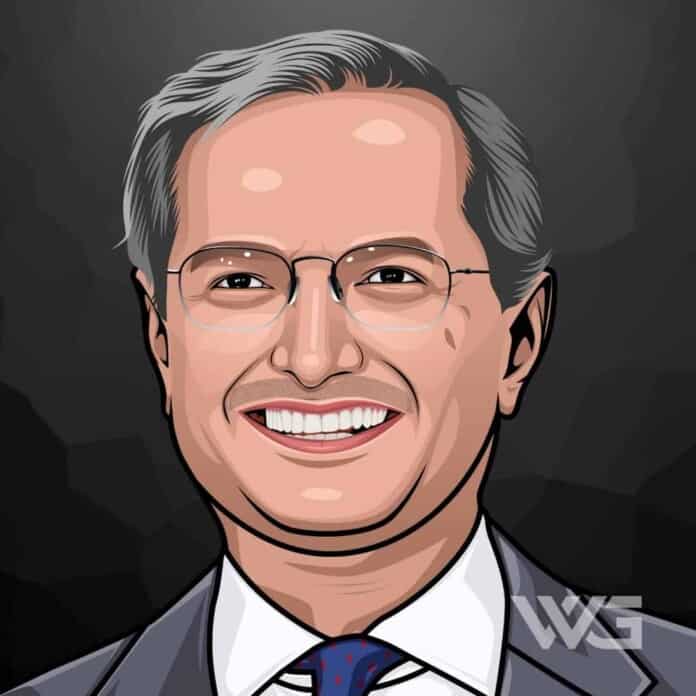 What is Vikram Pandit’s net worth?

Vikram Pandit is an Indian-American banker and investor.

Pandit has been honored with the Padma Bhushan, the third-highest Indian civilian award.

Vikram Shankar Pandit was born on the 14th of January, 1957, in India.

His father was an executive director at Sarabhai Chemicals in Baroda. Pandit studied at Bishop Cotton School in Nagpur and then completed his schooling at the Dadar Parsee Youths Assembly High School in Dadar.

When he turned 16 years old, he moved to the United States. He then attended Columbia University. He earned his BS degree in electrical engineering in only three years.

A few years later, Pandit became president and chief operating officer of worldwide operations of the Institutional Securities and Investment banking businesses. In 2005, he left the firm. The following year he started the hedge fund Old Lane LLC.

In 2007, Citi bought the company for $800 million, and he joined on as chairman and CEO of Citi Alternative Investments. Pandit was the CEO of Citigroup the same year.

He testified to Congress for commenting that his salary should be one dollar a year until the company returned profitable in 2009.

Pandit worked for two years making $1 a year but then raised his salary to $1.75 million. He resigned from Citigroup in 2012. Two years later, he was chairman of

Pandit resigned from Citigroup in October 2012. In 2014 he became chairman of the TGG Group. Pandit and his wife Swati have two children.

How Does Vikram Pandit Spend His Money?

Vikram Pandit spends some of his money on his home in Greenwich.

Here are some of the best highlights of Vikram Pandit’s career:

“What went wrong is we had tremendous concentration in the sense we put a lot of our money to work against US real estate. We got here by lending money, and putting money to work in the US real estate market, in a size that was probably larger than what we ought to have done on a diversification basis.” – Vikram Pandit

“There’s no question the crisis demonstrated that the bank system didn’t work. And when you looked at the aftermath of the crisis, what needed to be done. You had to make sure banks got back to the basics of banking, and that they had to address the trust issue.” – Vikram Pandit

“There is no reason for exuberance. That would be inappropriate given the still difficult situation. Despite the good numbers, the upswing is still fragile. But, normally, an upswing starts with the recovery of the financial sector and the stock market.” – Vikram Pandit

“Prior to 2008, we operated as a “financial supermarket” and tried to be all things to all people. Since then, however, we concentrated on our core business and sold other businesses and assets that we consider not to be part of our strategic growth plans, for instance, the retail business in Germany.” – Vikram Pandit

“It was a personal decision I made in view of the government funds the bank received. But it is not just the gesture that counts. Young people notice the principles guiding their managers in their decisions — whether managers act responsibly by instinct. At the same time, we are not on an island.” – Vikram Pandit

Now that you know all about Vikram Pandit’s net worth and how she achieved success; let’s take a look at some of the lessons we can learn from her:

The secret of change is to focus all your energy not on fighting the old but on building the new.

An easy rule is to always deliver more than expected.

If your actions inspire others to dream more, learn more, do more, and become more, you are a leader.

How much is Vikram Pandit worth?

Vikram Pandit’s net worth is estimated to be $200 Million.

How old is Vikram Pandit?

How tall is Vikram Pandit?

Vikram Pandit is an Indian-American banker. Pandit was born in Nagpur, Maharashtra, India. Pandit is best known for being the former chief executive of Citigroup.

When he was 16 years old, he moved to the United States and attended Columbia University. He earned an MBA and a PhD in finance from Columbia Business School. Pandit taught economics at Columbia and then at Brock University in Canada.

What do you think about Vikram Pandit’s net worth? Leave a comment below.