Which are your favorite Wayne LaPierre quotes?

LaPierre started his career as a government activist right after he earned his master’s degree in government and politics. He has since climbed up the ladder, working for various activist organizations.

LaPierre’s views on gun rights is best described with his line, “The only way to stop a bad guy with a gun is with a good guy with a gun”, which keeps him fighting for gun rights in the United States. He has advocated for the presence of “[a]rmed, trained, qualified school security personnel” at schools ever since as a way to reduce school shootings in the U.S.

This is a collection of the most powerful Wayne LaPierre quotes:

1. “If I were a betting man, the odds are that Obama’s White House and Justice Department will double down on their gun-control agenda by edict.” – Wayne LaPierre

2. “If the U.S. refused to take part in the U.N.’s international gun registry, other nations could potentially ban their domestic firearm manufacturers from exporting firearms to the United States.” – Wayne LaPierre

3. “Obama and Holder would make it a felony not to submit to a rigorous grilling for anyone transferring any firearm anywhere in the nation including any now-legal private circumstances.” – Wayne LaPierre

4. “The Internet, as the most open free-speech institution in history, has become a major factor in gun owners’ ability to achieve success in preserving and protecting the Second Amendment.” – Wayne LaPierre

5. “For any American who is worried about this country, who feels our core values slipping away, who believes something has to be done to change the direction of our nation before all is lost – the NRA is your refuge. It is your place to stand and fight with Americans just like you, for all that is good and right.” – Wayne LaPierre

7. “What gun owners would support policies that are blatantly designed to strip them of their constitutional freedom? To put it bluntly: gullible gun owners.” – Wayne LaPierre

8. “Bloomberg’s money and media access are a serious danger to American liberty and we must take him head-on.” – Wayne LaPierre

9. “We are the millions and millions of Americans who take responsibility for our own safety and protection of our children as a God-given right. We are proud to exercise that right, are not ashamed of it, and deserve nothing less than absolute respect and admiration as lawful gun owners.” – Wayne LaPierre

10. “Success in restoring and bolstering Second Amendment rights through aggressive legal challenges depends on you, your friends, family and colleagues.” – Wayne LaPierre

11. “Evil walks among us, and God help us if we don’t harden our schools and protect our kids.” – Wayne LaPierre

13. “What Bloomberg and his elitist cronies will never understand is what saves the Second Amendment is the tidal wave of support from the majority of the American people. And decade after decade, NRA has been their voice.” – Wayne LaPierre

14. “Only in the Orwellian world of double-speak employed by President Barack Obama and billionaire elitist Michael Bloomberg would nonsense be hailed as ‘common sense.” – Wayne LaPierre

15. “In truth, the legacy that President Obama’s agenda will leave on history is the poisoning of the tree of liberty.” – Wayne LaPierre

16. “These zealots for disarming individual Americans choose not to recognize the basic notion that defines American freedom: the difference between a good guy with a gun and a bad guy with a gun.” – Wayne LaPierre

19. “Victimize gun owners, then blame the victims. That’s the Chicago Way, and it will never change as long as city bosses are pathological in their hatred of our civil rights.” – Wayne LaPierre

20. “Under Obama, we have seen the U.S. military – the most exceptional force for peace in the world – degraded, downsized, decimated and demeaned, resulting in massive international instability and potential threats to our homeland.” – Wayne LaPierre

21. “Holder’s Justice Department is not the shield of justice, it has become the shield for Obama’s political transgressions.” – Wayne LaPierre

22. “Knowing who you are and what guns you own was indeed the key to the massive gun theft by government in Australia that saw hundreds of thousands of honest, law-abiding citizens disarmed.” – Wayne LaPierre

23. “The only way President Obama and his cohorts could sell Obamacare was to conceal the law’s true ramifications and convince those who were already content with their health insurance that they wouldn’t be affected.” – Wayne LaPierre

24. “Obama means to erase the Second Amendment by any means possible.” – Wayne LaPierre

25. “People have become so weary of all the government and media dishonesty, the all-too-commonplace lying, that most Americans have stopped listening.” – Wayne LaPierre

26. “Obama, Bloomberg, and nearly every politician and gun-ban zealot pushing for a universal background check system are on record supporting mandatory gun registration, outright bans, and even confiscation. To them, ‘universal background checks’ are just the first step in their long march to destroying our Second Amendment-protected rights.” – Wayne LaPierre

27. “The NRA is where you resist and stand and fight to put America back on track to restore and preserve our individual freedom.” – Wayne LaPierre

28. “Bloomberg believes his money can buy anything – even the liberty of individual Americans. After all, his personal fortune bought him public office.” – Wayne LaPierre

29. “Obama, Bloomberg, and the national gun-ban media frequently exploit tragedy, using fear and lies to sell their agenda to non-gun owners, especially when it comes to election season. This is their traditional playbook.” – Wayne LaPierre

30. “As we’ve always said, in politics the person with the biggest number wins.” – Wayne LaPierre

31. “If we do not elect a national legislature that will hold Obama accountable, he and his radical cohorts will destroy the tree of liberty. Just mark my words.” – Wayne LaPierre

32. “Good and evil. Right and wrong. Those are two fundamental opposing concepts that define the nature of humankind.” – Wayne LaPierre

34. “Socialism is a movement that loves a smear.” – Wayne LaPierre

35. “It has always been sensible for good citizens to own and carry firearms for lawful protection against violent criminals who prey on decent people.” – Wayne LaPierre

36. “If you think the Obama White House and Ben Rhodes lying to the American people about Iran – and laughing about it – was bad, just wait until Hillary Clinton’s spin doctors get hold of the media.” – Wayne LaPierre

37. “The NRA was run like an old-time club when I took over. We were in the red and getting cut off from our membership.” – Wayne LaPierre

38. “Our Founding Fathers knew that without Second Amendment freedom, all of our freedoms could be in jeopardy.” – Wayne LaPierre

39. “Elites don’t care not one whit about school children. If they truly cared, what they would do is protect them.” – Wayne LaPierre

40. “We know that, sooner or later, reckless government actions and policies have consequences. That when government corrupts the truth and breaks faith with the American people, the entire fabric of our society – everything we believe in and count on – is in jeopardy.” – Wayne LaPierre

41. “The Second Amendment is not just words on parchment. It’s not some frivolous suggestion from our Founding Fathers to be interpreted by whim. It lies at the heart of what this country was founded upon.” – Wayne LaPierre

42. “The National Rifle Association – all that we believe in and fight for – has become a metaphor for the core American liberty we all want preserved.” – Wayne LaPierre

43. “Do you want to know where President Barack Obama is ultimately headed with his gun control edicts? Look no further than his second embrace of the tyranny of Australia’s massive gun ‘buyback’ program.” – Wayne LaPierre

44. “In all of history, there has always been a time and a place where patriots rise up against the decree of the elites and shout, No more… get your hands off my freedom!” – Wayne LaPierre

45. “We think it’s reasonable to provide mandatory instant background checks for every sale at every gun show. No loopholes anywhere, for anyone.” – Wayne LaPierre

46. “Our nation’s founding fathers carefully crafted a Bill of Rights – an articulation of personal liberties woven into the entire fabric of our free society. When any of those freedoms are threatened anywhere, they must be defended and protected everywhere.” – Wayne LaPierre

47. “There exists in this country, sadly, a callous, corrupt and corrupting shadow industry that sells and stows violence against its own people through vicious and violent video games.” – Wayne LaPierre

48. “When you hear politicians who won’t fix the broken system talk about expanding it, don’t buy it.” – Wayne LaPierre

49. “Facts tell us that criminalizing private transfers of firearms among family members and friends under a universal background check system would do nothing to prevent ‘gun violence,’ and importantly, would not have prevented the profound tragedies that gun banners use to promote such a system.” – Wayne LaPierre

50. “Obama and his me-too Senate majority led by Nevada’s Harry Reid and New York’s Chuck Schumer – given the chance – would indeed wipe out our tradition of the right to keep and bear arms, and with it our right to self-protection in a dangerous world.” – Wayne LaPierre

Thanks for checking out this collection of quotes from Wayne LaPierre! Don’t forget to share them on social media with your friends and family.

Which are your favorite Wayne LaPierre quotes? Leave a comment below.

65 of the Greatest Tyler Perry Quotes 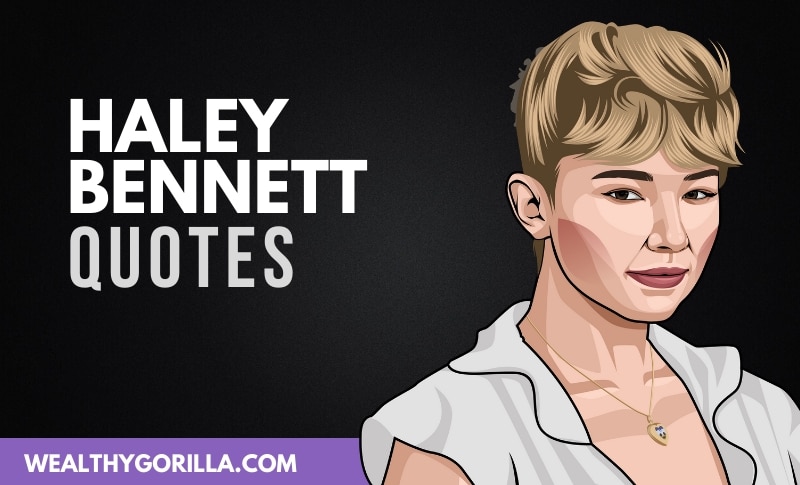 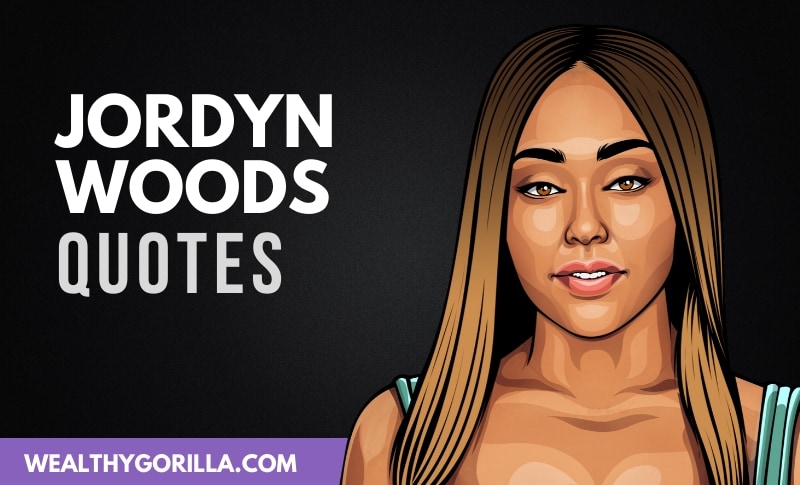 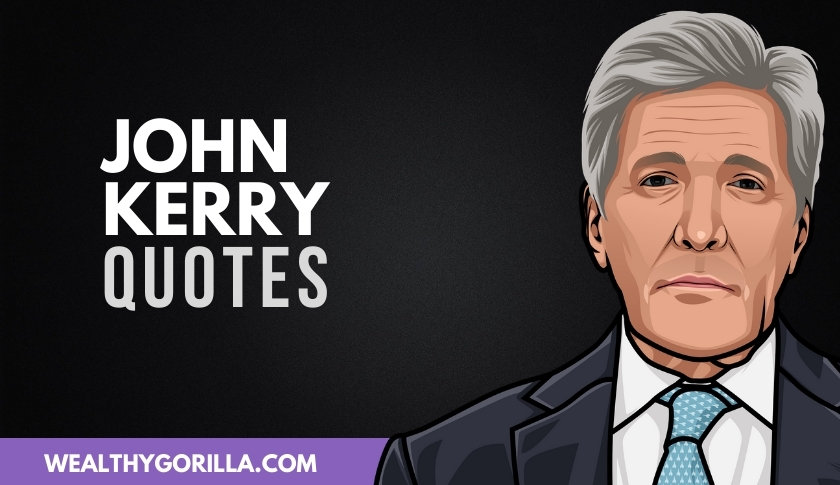 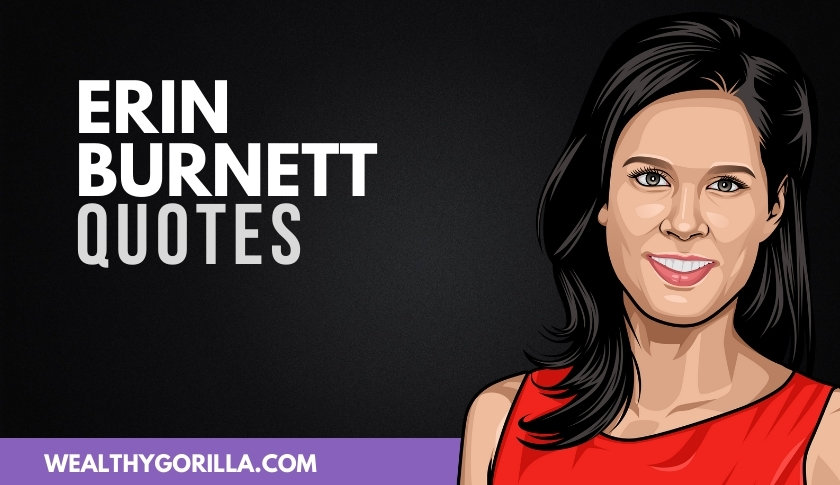 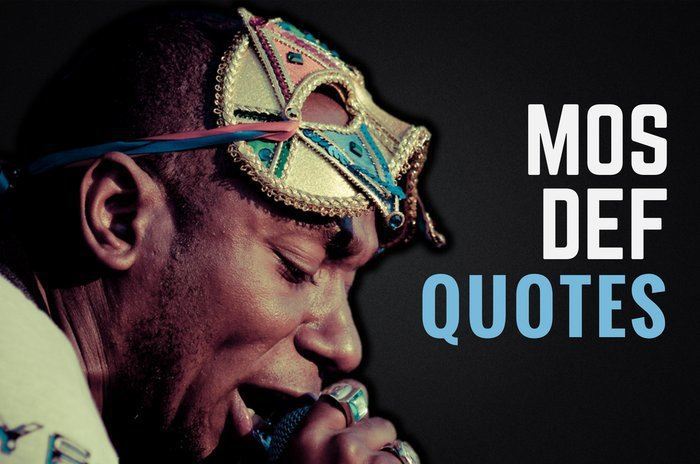 37 of the Greatest Mos Def Quotes of All Time