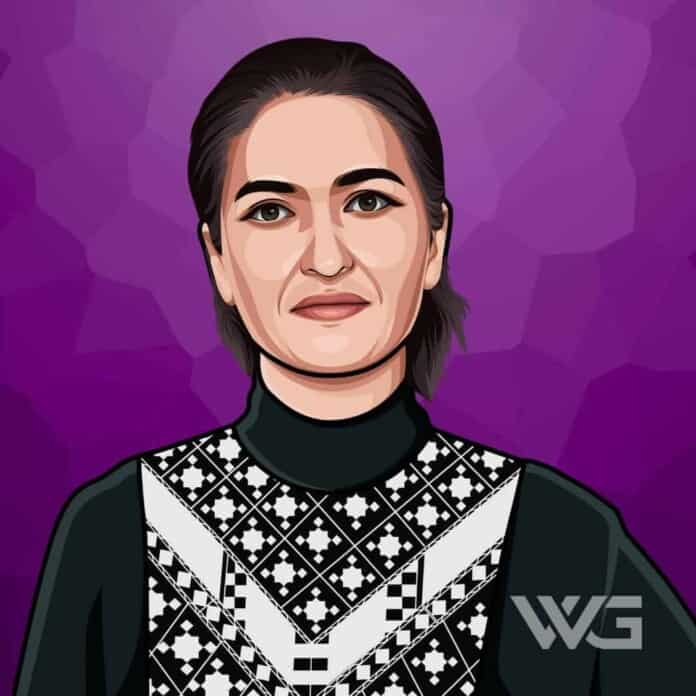 What is Marielle Heller’s net worth?

Marielle Heller is an American writer, director, and actress.

Heller is best known for directing the films ‘The Diary of a Teenage Girl,’ ‘Can You Ever Forgive Me?’, and ‘A Beautiful Day in the Neighborhood,’ acting in ‘The Queen’s Gambit’. As an author, Heller has written a pilot for ABC titled ‘The Big Apple’.

As of November 2022, Marielle Heller’s net worth is approximately $5 Million.

Marielle Stiles Heller was born on the 1st of October, 1979, in Marin County, California.

Heller is the daughter of Steve and Annie Stiles Heller. She grew up with her younger brother and sister. Her father comes from a Jewish family.

Heller started her career as an actress, and as a child, she was part of the Alameda Children’s Musical Theater. She graduated from community theater as well as productions at Saint Joseph Notre Dame. She ended up studying theatre at UCLA and then at the Royal Academy of Dramatic Art in London.

Heller worked as an actress after returning to the U.S, and she was in the world premiere of ‘Continental Divide.’ She also acted in ‘Spin City’ and ‘Single Dads’.

She starred in ‘The Diary of a Teenage Girl, which was the debut film that she both wrote and directed. It is based on a novel with the same title. The story is about a 15-years old girl living in the San Francisco Bay Area who begins an affair with her mother’s boyfriend. The films had their premiere at the Sundance Film Festival in 2015.

She next directed ‘Can You Ever Forgive Me,’ and she teamed up with Archer Gray. She cast Melissa McCarthy in the title role in the 2014 film ‘St. Vincent’.

Heller was selected as a 2012 Sundance Screenwriting Fellow and 2012 Sundance Directing Fellow. In 2018, it was announced that she would direct ‘A Beautiful Day in the Neighborhood. The film chronicles an interview Tom Junod conducted with child entertainer Fred Rogers for Esquire magazine.

She played a breakout acting role in the hit Netflix show ‘The Queen’s Gambit’ as Alma Wheatley. Heller is friends with the director Scott Frank and was going to play the part of Beth’s biological mother until the original actress fell out.

As of November 2022, Marielle Heller’s net worth is estimated to be $5 Million.

Here are some of the best highlights of Marielle Heller’s career:

“My advice for anyone wanting to direct is that nobody is going to hand you an opportunity. You have to create your own opportunities and not take no for an answer.” – Marielle Heller

“Showing a real human body and a woman who is looking at her body without shame – that alone is a radical notion. Showing a young woman who is honest about what she is experiencing and letting us into her most intimate, darkest thoughts, all of that is just promoting something that we don’t get to see about young women.” – Marielle Heller

“Seeing yourself reflected on screen is a very important part of being human. It makes us feel less alone, it makes us feel more connected to humanity. Women, gay men, and trans people for a long time have not seen themselves represented, so being able to show the complexities that we all have – just as complex stories as a heterosexual white male – is crucial for us to feel more human and have other people see us as human beings.” – Marielle Heller

“In some ways the nudity really makes people feel more uncomfortable because it’s not nudity that is just making bodies look like sexy little pieces of body parts stuck together. It’s much more blunt and real and there is not a sexy soundtrack behind it all.” – Marielle Heller

“Things like pornography perpetuate this idea that women are just there as objects of male desire and are not complex people with their own sexuality and humanity.” – Marielle Heller

“I was always seen as defiant. And I did know that as a kid. It just wasn’t something that was stamped out of me. I often had problems in school where I would stand up to teachers or I would believe that something they were saying was wrong.” – Marielle Heller

Now that you know all about Marielle Heller’s net worth and how she achieved success; let’s take a look at some of the lessons we can learn from her:

A lot of us as adults haven’t learned how to cope with our feelings, deal with our anger or work through our childhoods’ pain.

Every actor is different, but it’s a wonderful line when it comes to how much information they have versus how much they need to let their imagination fill in the blanks.

How much is Marielle Heller worth?

Marielle Heller’s net worth is estimated to be $5 Million.

How old is Marielle Heller?

How tall is Marielle Heller?

Marielle Heller is an American writer, director, and actress. Heller has starred in the mini-series ‘The Queen’s Gambit’.

Throughout the years, she has starred in the TV short ‘White People,’ ‘MacGruber,’ ‘A Walk Among the Tombstones, ‘Paper Anchor,’ and ‘Popstar: Never Stop Never Stopping’. She has directed and produced the movie ‘What the Constitution Means to Me’ in 2020.

As of November 2022, Marielle Heller’s net worth is estimated to be roughly $5 Million.

What do you think about Marielle Heller’s net worth? Leave a comment below.

What is Justin Timberlake's net worth? As of ,...