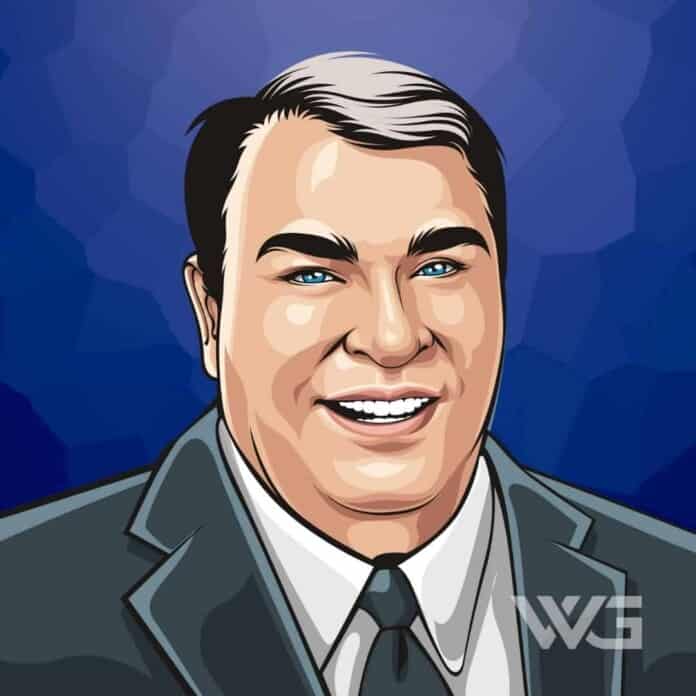 What is John Madden’s net worth?

Madden won a Super Bowl as head coach of the Oakland Raiders, and after retiring from coaching became a well-known color commentator for NFL telecasts.

John Earl Madden was born on the 10th of April, 1936, in Austin, Minnesota. Madden is the son of Earl Russell Madden and Mary Margaret.

His father, an auto mechanic, moved the Madden family to Daly City, California, a town just south of San Francisco, when John was young.

After Madden got hurt in his rookie year with the Philadelphia Eagles he would be watching films about football and teaching. He ended up with a degree in teaching and his love for football meshed up even more with teaching.

While at SDSU, Madden coached under Don Coryell, whom Madden credits as being an influence on his coaching and who he feels will one day be included in the Hall of Fame.

In 1977, Madden’s Raiders finally captured their first Super Bowl with a convincing 32–14 win over the Minnesota Vikings. The Raiders lost the AFC Championship Game in 1977 to the Denver Broncos. Madden retired after the 1978 season when the Raiders failed to make the playoffs.

Among Madden’s accomplishments as a head coach were winning a Super Bowl, and becoming the youngest coach to reach 100 career regular-season victories, a record he compiled in only ten full seasons of coaching at the age of 42. Madden is still the coach with the most wins in Raiders history.

Madden never had a losing season as a head coach. His overall winning percentage, including playoff games, ranks second in league history. Madden achieved his record during a period that included head coaches Tom Landry, Don Shula, Chuck Noll, and Bud Grant, who is generally regarded as the top coaches of that era.

Here are some of the best highlights of John Madden’s career:

“Sometimes you can be one of the best, but you don’t accept that if you don’t get the ring or win the Super Bowl. There’s a lot of good teams between the Super Bowl winner and other teams. Once the Super Bowl is over, we lump everyone into the other 31, and that’s not fair.”  – John Madden

“I was introduced to the Turducken in New Orleans. And it wasn’t Thanksgiving. Glenn at the Gourmet Butcher Block brought it by, and I had never heard of it or had seen one, and they put it in the booth, and it smelled so good that I had to taste it. And it was good. Then Thanksgiving came, and we got one in addition to the traditional turkey.” – John Madden

“Thursday night football is here to stay. So we’re looking at ways to make it safer. Now they’re playing division games, so you limit travel. Now the question is, should you play Sunday night before a Thursday night?” – John Madden

3 Lessons from John Madden About Wisdom

Let’s take a look at some of the best lessons we can learn from him about wisdom:

It’s been said, “If you don’t know where you’re going, any path might get you there.” Folks who make things happen have a purpose and a plan.

Their plan gets modified based on the environment they are in and new information, just as good coaches make in-game adjustments. Set your direction toward your goals, and like the GPS in an automobile, adjust it as needed to achieve your desired results.

Like most people, education likely played a role in forming your professional personality. Like myself and many of my colleagues, attending an outstanding university did more than refine an academic skill set, but gave me the experience of learning discipline, teamwork, and attention to detail.

Life is about making decisions, and decisiveness is one trait that certainly gets things done. Sometimes, we think the decisions we make are life-shattering, and that we always have to have the right answer: no exceptions.

The truth is, there are few situations in life that are critical. If you make a bad decision, you always have the opportunity to make another one down the road.

How much is John Madden worth?

John Madden’s net worth is estimated to be $200 Million.

How old is John Madden?

How tall is John Madden?

John Madden is regarded to be one of the best former football coaches in history. Among Madden’s accomplishments as a head coach were winning a Super Bowl, and becoming the youngest coach to reach 100 career regular-season victories

What do you think about John Madden’s net worth? Leave a comment below.