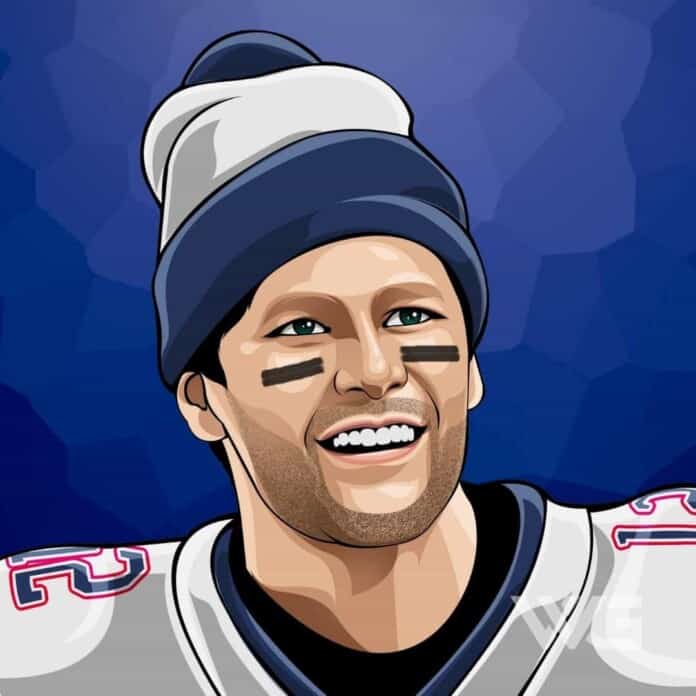 What is Tom Brady’s net worth?

With Tom Brady’s net worth being $250 Million, that puts him up on the list of both the richest NFL players and highest-paid athletes in the world.

Tom Brady is an American football player in the NFL. Brady plays as quarterback for the New England Patriots and has been regarded as one of the best, if not the best, quarterbacks in history.

He recently helped the Patriots win the Super Bowl, leading one of the greatest comebacks of all time.

Thomas Brady was born on the 3rd August, 1977, in San Mateo, California. He is the only son of the family and has three older sisters; Nancy, Julie & Maureen.

Brady would often attend San Francisco 49ers games when he was a child and attended football camp at the College of San Mateo.

Brady graduated from Junipero Serra High School in 1995 and began his career as a backup quarterback for the Padres JV team. He got his opportunity when the starting quarterback went down with an injury, and Brady was called into action.

He finished his high school football career completing 236 of 447 passes for 3,702 yards and 31 touchdowns. He also won All-State and All-Far West honors as well as the team’s Most Valuable Player Award.

The New England Patriots saw Brady signed as the 199th overall pick in the sixth round of the 2000 NFL draft.

He has played his entire professional career with the Patriots and has enjoyed a distinguished and decorated career that includes five Super Bowl wins, four Super Bowl MVP’s and two League MVP’s.

Brady has become one of the greatest quarterbacks of all time, and has won numerous awards, some of which are featured below. There’s no shortage of super bowl rings and NFL history-making for this man!

These are some of the best highlights from Tom Brady’s career:

“My job is to play quarterback and I’m going to do that the best way I know how because I owe that to my teammates regardless or who is out there on the field with me.” – Tom Brady

View our larger collection of the best Tom Brady quotes!

3 Keys to Success from Tom Brady

Now you know all about Tom Brady’s net worth, and how he achieved success; here are 3 success lessons we can all learn from Tom Brady:

1. Stay Focused on Your Goal

Stay focused on your goal. No matter how badly your struggling, or anything else that’s going on, remember your goal, and stay focused.

Tom Brady knows this, and that’s what helps him to push himself through every game and make amazing comebacks that most wouldn’t dream of trying to achieve.

In the Super Bowl, the Patriots were down by a lot of points, but the important thing was that they didn’t give up. They kept on going, and they did not think they were out of the fight, even though many fans did.

No matter how bleak times look, you never give up. You push forward, you adapt, you overcome. It’s possible.

Similarly to the story above, when the Patriots were losing and had limited time to claw those points back, they didn’t panic.

When you’re in a tough situation and you panic, you’re never going to get out of it. You’re going to sink lower. Just like with quicksand, the more you struggle, the further you sink. Don’t panic, stay focused, never give up.

Now, Brady has an undeniably huge net worth, but something which puzzles people to this day is why his earnings seemed to be a little on the low side during his 20 years in New England.

During his long career, Brady made an average of roughly $15 million per year strictly on the field. If we compare this to, for example, Aaron Rodgers, who has had average yearly (on the field) earnings of around $21 million, something just doesn’t add up! This excludes incentive bonuses.

The same comparison can be made to so many other players and the result is the same. We’re not sure why this is, maybe Brady was getting compensated in some other way we’re not aware of. Either way, I think it’s safe to say that he’s unlikely to get a spot in the Business of Football Hall of Fame anytime soon!

He has instead often been given the title of most underpaid player in the NFL.

With that being said, everyone knows that he makes a considerable amount of his money off the field. When you take this into account, and Forbes definitely has, he ranks as the ninth highest-paid athlete in the world.

Tom Brady is truly a goliath in the sport and has all the NFL records to prove it. When you start to take a look at everything this man has achieved, it’s no surprise that his annual salary, signing bonus, and endorsement deals have been so lucrative for him. Making NFL history and setting a new NFL record is seems like an everyday occurrence for Brady.

To mention just a few:

Tom Brady has enjoyed some extremely lucrative brand endorsements throughout his long career in the NFL and served as a brand ambassador for many companies. With this in mind, it’s no surprise he has a net worth of 250 million! It’s worth noting that his wife Gisele Bundchen is very much similar in this regard, as a super-high paid model in her own right and lots of money to bring to the table.

Aston Martin forked out a considerable sum for him to promote a car that costs over $200,000. He has also had brand deals from the likes of watch company Tag Heuer, sportswear company Underarmour, and footwear company Ugg.

In 2019 he made an estimated $14 million from brand endorsements alone! To put that in perspective, it’s really not much less than he earns on the football field on average per year.

From 2020-2022, his net worth increased by a huge $70 million, and this is in large part a result of his awesome brand partnerships.

With all this accumulated wealth, it is reasonable to expect that Brady has developed some very rich tastes. And rich tastes is exactly where you’d be correct! Tom Brady’s diet, as explained in his book The TB12 Method, is definitely not suitable for those with light pockets!

Some have calculated a single year of this diet to cost almost $20,000. Some people earn less than that! On average, this amount of money would usually comfortably feed a family of four.

Following on from his very own ‘nutrition manual’ which was made available to purchase for $200 a copy, Brady indulges himself in only the finest food and nutrition.

If you agree that your health is your wealth then listen up – here are some of the key takeaways from Brady’s expensive diet plan:

How much is Tom Brady worth?

Tom Brady’s net worth is estimated to be $250 Million.

How old is Tom Brady?

How tall is Tom Brady?

Tom Brady is unarguably one of the best players in NFL, and most likely the best quarterback in the NFL.

Tom Brady’s net worth is estimated to be $250 Million, and although he’s not quite the highest-paid player in American football, he’s certainly near the top!

What do you think of Tom Brady’s net worth? Leave a comment below.