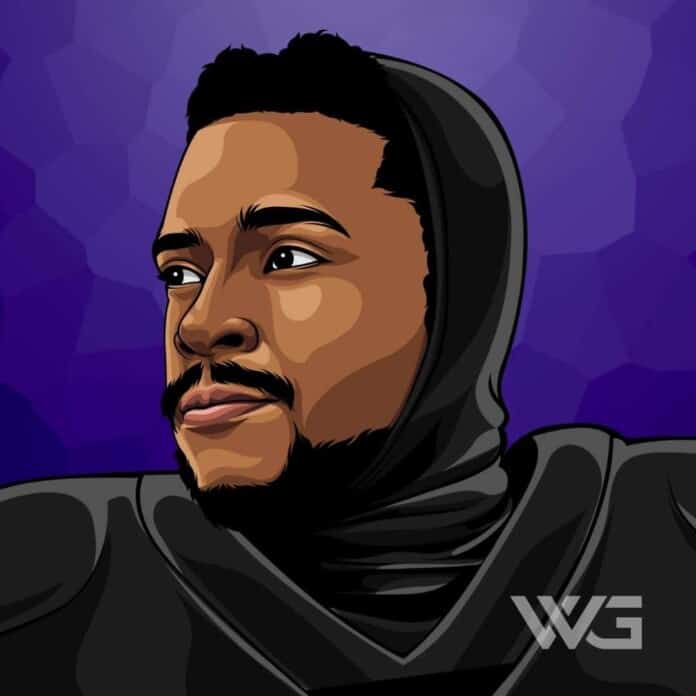 What is Antonio Brown’s net worth?

As of December 2022, Antonio Brown’s net worth is approximately $20 Million.

Antonio Tavaris Brown Sr. is an American football wide receiver for the Oakland Raiders of the NFL. Brown was drafted by the Pittsburgh Steelers in 2010. No player has amassed more receptions and receiving yards than Brown since he entered the league.

Antonio Tavaris Brown Sr. was born on the 10th of July, 1988, in Miami, Florida. Brown is the son to former Football League player, Eddie Brown, and Adrianne Moss.

Brown has a younger brother named Desmond Brown who also is known for being a professional footballer and plays for Pittsburgh Panthers.

Brown left college without completing senior year to enter the NFL Draft. He was picked by the Pittsburgh Steelers as their 2nd wide receiver pick. Brown debuted in the 2010 season against the Tennesse Titans.

He overtook Emmanuel Sanders, Arnaz Battle, Limas Sweed, and Jerricho Cotchery to be the Steelers’ third wide receiver in 2011. Playing 16 games that season, he made 69 receptions for 1,108 yards, two touchdown receptions, and three starts.

Brown had a tough season in 2012, during which he was fined for $10,000 for unsportsmanlike conduct in a match against the Washington Redskins. He also sustained ankle sprain and had to rest for three matches.

Entering the 2013 season as a starting wide receiver for the Pittsburgh Steelers along with Emmanuel Sanders, he broke the 1997 record by Yancey Thigpen for single-season team record of 1,398 receiving yards.

In 2015, he entered NFL’s 200 all-time receiving yards list with a career total to 5,587 yards, surpassing Steelers’ legend Lynn Swann on the list.

During the season, he surpassed his own previous record with 136 receptions for 1,834 yards and 10 touchdowns and set two records on the way for most receptions in a two-year and a three-year span.

Here are some of the best highlights of Antonio Brown’s career:

“If you want to be the best, you can’t take the path of least resistance. Every morning, you wake up, and your mind tells you it’s too early, and your body tells you-you’re a little too sore, but you’ve got to look deep within yourself and know what you want and what you’re striving for.” – Antonio Brown

“I was really skinny in high school. I was really fast and explosive. That was like my breakfast. That changed when I got to college – I put on 20 pounds of muscle.” – Antonio Brown

“I don’t have no issue with any guy. I’m a football player. I’m a competitor. When we’re in the field, we’re going to compete and be competitive. It’s not personal between none of these guys. It’s all in the game.” – Antonio Brown

“The team goals are always more important than individual goals. The ultimate goal is to win the Super Bowl and to do something special. The other little goals that you guys write up, those things take care of itself in the midst of playing football.” – Antonio Brown

“We do a lot of great things, but it’s a competitive league. A lot of great guys around us do the work and help us elevate our game, and that’s what makes the NFL so special. We have a lot of competitive players who are the best in the world at what they do, and they all compete against each other.” – Antonio Brown

Now that you know all about Antonio Brown’s net worth, and how he achieved success; let’s take a look at some of the strongest lessons we can learn from him:

It is far better than blocking yourself off to any feeling whatsoever.

2. When No One Else Believes in You

You must be the one who remains steadfast and believes in yourself.

Art will inspire you in countless ways and make you feel more powerful than life itself. That is after all that art does.

How much is Antonio Brown worth?

Antonio Brown’s net worth is estimated to be $20 Million.

How old is Antonio Brown?

How tall is Antonio Brown?

Antonio Brown is an American professional footballer who serves as the wide receiver and punt returner for the Pittsburgh Steelers of the NFL.

He is arguably the best wide receiver in NFL currently. He has been selected for Pro Bowl five times and has been named First-Team All-Pro four times.

As of December 2022, Antonio Brown’s net worth is estimated to be $20 Million.

What do you think about Antonio Brown’s net worth? Leave a comment below.

Former professional basketball player and current magazine owner, Junior Bridgeman, has amassed a substantial net worth that you have to see to believe.