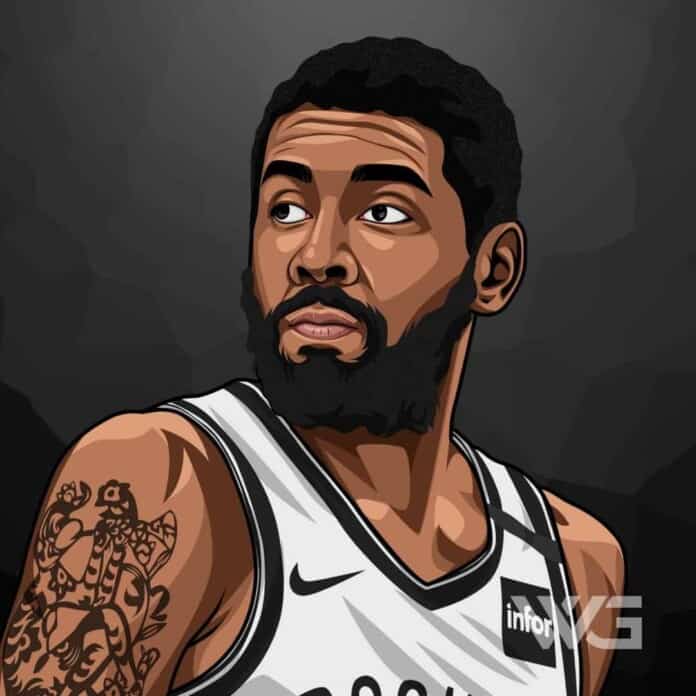 What is Kyrie Irving’s net worth?

Kyrie Irving is an American professional basketball player for the Brooklyn Nets of the NBA.

Irving was named the Rookie of the Year after being selected by the Cleveland Cavaliers with the first overall pick in the 2011 NBA draft. He is a six-time All-Star and two-time member of the All-NBA Team.

Kyrie Andrew Irving was born on the 23rd of March, 1992, in Melbourne, Australia.

He has two sisters, Asia and London. The family moved to the US when Kyrie was young. His father was a basketball player who played for the Bulleen Boomers.

He had earlier played college basketball at Boston University. Irving lost his mother when he was only four years of age. Irving grew up in West Orange, in New Jersey, US.

From 2009, Irving started playing for Duke University. During 2010-11, he played with Duke under the guidance of Mike Krzyzewski, the head coach.

Irving entered the 2011 NBA draft, where he was picked by the Cleveland Cavaliers. Along with his teammate Tristan Thompson, he signed a contract with the team.

In 2012, there was a heated debate about Irving being given a position on the Australian team for the 2012 Olympics. But Irving refused to represent Australia and stated that he was more interested in being selected for the US National Team in the 2016 Olympics.

Irving competed in the 2014 FIBA Basketball World Cup as a member of the US national team. He helped his team reach the finals, where they emerged victorious, winning a gold medal. He was also named the 2014 USA Basketball Male Athlete of the Year.

Irving represented Team USA at the Summer Olympics in 2016, where he helped the team win a gold medal. He also became the fourth member of the Team USA to have captured both the NBA Championship and an Olympic Gold the same year.

Here are some of the best highlights of Kyrie Irving’s career:

“When I’m playing the 1-guard, I’m kind of seeing everything that’s going on. When I play the 2, I have a broader understanding of what’s going on and where the screens are being set in order for not only myself to get open, but for my teammates.” – Kyrie Irving

“I’m not really a big X’s and O’s guy, but if you want to go there, I’m more of a space-the-floor type of coach: Five out, zero in, and that’s the way we play basketball, screen and roll here and there, pocket passes everywhere; it’s what it’s about.” – Kyrie Irving

“Directors tell me what to do, and I kind of just put my own twist to it, just to get inside my personality that everybody doesn’t really get to see – my off-the-court interests and the way I act. It’s just me.” – Kyrie Irving

Now that you know all about Kyrie Irving’s net worth, and how he achieved success; let’s take a look at some of the lessons we can learn from him:

Don’t wish it were easier. Wish you were better.

Your mind is a powerful thing. When you fill it with positive thoughts, your life will start to change.

Hustle until you no longer have to introduce yourself.

How much is Kyrie Irving worth?

Kyrie Irving’s net worth is estimated to be $90 Million.

How old is Kyrie Irving?

How tall is Kyrie Irving?

Kyrie Irving is an Australian-American basketball player who was the first pick in the 2011 NBA Draft by the Cavaliers.

He played for the Cleveland Cavaliers from 2011 – 2017 until he was traded to the Boston Celtics in exchange for Isaiah Thomas.

What do you think about Kyrie Irving’s net worth? Leave a comment below.