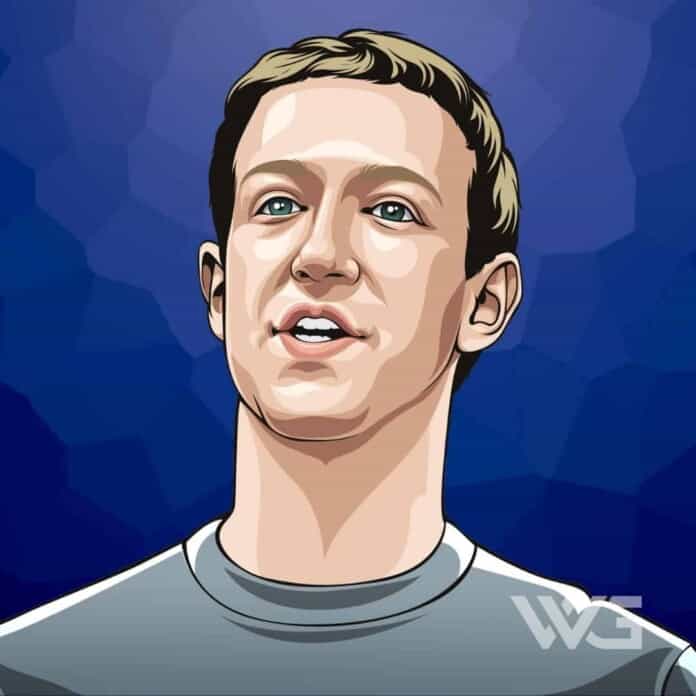 What is Mark Zuckerberg’s net worth?

Mark Zuckerberg is the Founder & CEO of Facebook, the number one social media platform that has taken the world by storm. Zuckerberg is one of the richest people in the world, and he’s also the youngest to appear on the top 20 richest list.

Mark Zuckerberg was born in White Plains, New York on the 14th of May, 1984. His mother is a psychiatrist, and his father a dentist.

Mark was raised with his three sisters, Randi, Donna, and Arielle, in Dobbs Ferry, New York, which is a small Westchester County village just north of Midtown Manhattan.

On February 4, 2004, Zuckerberg launched Facebook from his Harvard dorm room. An earlier inspiration for Facebook may have come from Phillips Exeter Academy, the prep school from which Zuckerberg graduated in 2002.

Initially, Facebook was only for members of Harvard. It then spread to other schools, beginning with Columbia University, New York University, Stanford, Dartmouth, Cornell, University of Pennsylvania, Brown, and Yale.

This was where the popularity began to grow; and the site then went global, reaching 500 million users by 2010. The office moved from Harvard to California, and the team grew significantly. Nowadays, Facebook is the hub for people to catch up with their friend’s activities, and one of the biggest sources of news on the web.

In early 2018, a data breach occurred, where millions of Facebook users’ personal data was harvested without consent by Cambridge Analytica to be used for predominantly political advertising.

This data break was the largest known leak in Facebook history, and resulted in Mark Zuckerberg having to testify before Congress, to ensure how safe user’s data really was in Facebook’s hands.

As of February 2023, Mark Zuckerberg’s net worth is estimated to be $70 Billion; he is quickly catching up to the likes of Bill Gates and Jeff Bezos.

Here are some of the highlights of Mark Zuckerberg’s career:

“A squirrel dying in front of your house may be more relevant to your interests right now than people dying in Africa.” – Mark Zuckerberg

“I think a simple rule of business is, if you do the things that are easier first, then you can actually make a lot of progress.” – Mark Zuckerberg

“When you give everyone a voice and give people power, the system usually ends up in a really good place. So, what we view our role as, is giving people that power.” – Mark Zuckerberg

“The thing that we are trying to do at Facebook, is just helping people connect and communicate more efficiently.” – Mark Zuckerberg

“I started the site when I was 19. I didn’t know much about business back then.” – Mark Zuckerberg

View our larger collection of the best Mark Zuckerberg quotes!

3 Keys to Success from Mark Zuckerberg

Now that you know all about Mark Zuckerberg’s net worth, and how he achieved success; here are some of the best success lessons to learn from Mark Zuckerberg:

Mark Zuckerberg dropped out of Harvard University to pursue his passion of making Facebook a reality and connecting the world on a higher level.

This was a huge decision, considering Harvard is one of the best universities in the United States, and some people would do anything they could to be accepted.

However, Zuckerberg had a dream, and he felt that it was essential he pursued it.

Facebook is constantly evolving. Updates are being made all the time. It all started back when only Harvard students could access the site. Then came the introduction of all universities, then global registration.

After that came business pages, groups, and now we even have live-streaming. The fact that Facebook is constantly evolving, is not only helping the company succeed but also helping Zuckerberg fulfill his passion.

3. You Need A Strong Team Behind You

If there’s anything we can learn from Zuckerberg, it’s that you need a strong team to support you in your venture. You can’t do it all on your own, and if you don’t have a strong team, your visions aren’t going to become a reality.

Find a great team to support you along the way.

How much is Mark Zuckerberg worth?

Mark Zuckerberg’s net worth is estimated to be $70 Billion.

How old is Mark Zuckerberg?

How tall is Mark Zuckerberg?

Mark Zuckerberg founded the most powerful social media site in the world, when he was 19 years old, in his college dorm room. Think about that for a second.

Mark Zuckerberg’s net worth is estimated to be $70 Billion in 2023, and he is the youngest on the list of the world’s richest.

What do you think of Mark Zuckerberg’s net worth? Leave a comment below.