Everyone likes a drink every now and again, but if you found yourself paying for some of these, you might be inclined to drink something non-alcoholic, instead!

You’re gonna have to be ballin’ to get a round in of any of these!

Here’s a list of the 20 most expensive alcoholic drinks in the world.

The list of alcoholic drinks and figures mentioned below have been compiled from various sources around the web, such as Success Story & Proof Media.

These are the 20 most expensive alcoholic drinks in the world:

With the title as the worlds oldest cocktail, Salvatore’s Legacy is Playboy London’s house drink of choice.

Each cocktail is made by the legendary bartender himself, Salvatore Calabrese.

This makes for one exquisite and expensive cocktail, but also a great experience!

Regularly topping the charts as one of the most expensive alcoholic drinks in the world, the Winston Cocktail is only available from one Australian bartender.

The drink features a number of the most expensive liquours in the world, like Grand Marnier Quintessence.

A major reason for the price is that the cognac it uses is extremely limited, so they have to pick and choose the right clientele to enjoy the drink, and charge accordingly.

The cocktail is famous for looking like blown glass when it’s ready to drink!

If diamonds are your thing, then you’re going to enjoy this one.

This martini might look rather ordinary, however, the grey goose and lime infused cocktail includes a one-carat diamond as an extra touch!

Yes, that’s right, you heard correctly… a real diamond in your drink!

Currently, you can only get it at the Ritz-Carlton in Tokyo.

The most expensive rum on our list goes to Legacy by Angostura. It’s made from a blend of seven special rums from the brand’s other collections.

Angostura set out to create the “ultimate expression of Angostura Rum.” The brand wanted to make a rum that was considered to be the best sipping rum ever!

Related:  The 10 Most Expensive Coffees in the World

The next cocktail on our list is the gorgeous looking Ruby Rose!

If the sight alone doesn’t want to make you drink it, then knowing the ingredients will.

You can easily make it yourself using, pomegranate juice, Hangar One Vodka, St. Germain, orange juice and rosewater.

However, if you want to add a little more excitement to it, plonk a four-carat ruby on top and you’ve got yourself a $40,000 cocktail!

In 2011, this vintage cognac became the most expensive bottle of white wine in the world, breaking the then-current Guinness World Record.

It’s now considered to be more of a historical artefact, than a normal bottle of wine, as it’s totally undrinkable, or at least you wouldn’t want to.

However, as far as expensive alcoholic drinks go, this one has enough history behind it to warrant it’s $130,000 price tag!

Coming in at number 14 on our list of most expensive alcoholic drinks is this Diamond Jubilee Whisky by Johnnie Walker.

Johnnie Walker is known for making some of the most expensive drinks in the world.

Their Diamond Jubilee series was created to celebrate the Queen’s 60th coronation anniversary in Britain and is considered to be the best whiskey ever created by Johnnie Walker.

The bottle should also get some credit as it’s made from Baccarat crystal casings, and is encrusted with a half-carat diamonds!

Next up, we have Remy Martin’s Black Pearl Louis XIII.

This is currently their most expensive liquor, as some of the ingredients included are well over 100 years old!

The bottles are made in astonishingly small numbers, to maintain exclusivity, and are all inlaid with gemstones.

They were also constructed using a special technique and process, which is thought to be locked away in a secret vault somewhere.

The Penfolds Ampoule is one of the most striking bottles on our list.

It’s hand blown and makes one hell of an impact, which certainly helps justify its insane price tag!

There are only twelve handmade bottles of this expensive wine on the planet, all are individually numbered and all were crafted by South Australias finest craftsmen.

You’ll get a certificate of ownership and Authenticity signed by the Chief Winemaker of the project when you hand over $170,000!

One of the most recognisable gin bottles in the world is from Bombay, London’s most well-known gin company.

However, they decided to go one step further and create a limited edition series called the Sapphire Revelation.

For $200,000, you’ll receive a jewel-shaped bottle, made from Baccarat crystal, diamonds and sapphires, filled with the best gin the company has ever created.

After you finish enjoying the gin, you might be able to re-sell the bottle, or keep it as an impressive one of a kind house ornament!

This one’s a bit of a mystery, as no one really knows where it gets its name from, or the process that made the single-malt so expensive.

There were only 12 bottles created, so limited numbers play a big part in its price. Interestingly, the last known bottle to be spotted in public was actually purchased in Singapore’s airport.

How it got there, no one really knows, but the anonymous buyer certainly landed on his feet, that’s for sure.

Made super famous and popular by rappers and sports star, Armand de Brignac Midas champagne is the worlds most expensive champagne ever!

It’s been aged for around 30 years and uses some of the finest grapes to achieve its distinctive flavour.

However, it’s more than likely it’s gold-painted bottle that helped boost its popularity, as it was deisnged to be one of the most expensive drinks in the world.

Romanee-Conti has become the king of collectable wines, and 1945 is considered its most prized vintage.

They only produced 600 bottles in 1945, which is also significant because this was the last year before they replaced their vines.

The wine was on sale with Sotheby’s, and they described it as “concentrated and exotic, with seemingly everlasting power — a wine at peace with itself.”

Couple that with the “provenance” of owning this bottle and it’s easy to see why it sold for $558,000.

Coming in at number seven is the most expensive whiskey in the world: Macallan 64 Year Old In Lalique.

It was actually made to break records, so it’s no surprise that has one hell of a price tag.

Macallan is famous for producing high-quality single-malt whiskey, so when they decided to embark on this challenge, it’s not surprising that they went all in.

Only four bottles were ever created and combined with the craftsmanship of the bottle and the whiskey itself is what makes this drink so darn expensive.

Apparently, each bottle is made from pure, hand-cut crystal and weighs 25 pounds without any liquor inside.

Coconut always goes well with drinks, but Mendis created a brandy made from coconuts entirely, so it’s no surprise that it might fetch such a high price!

Each bottle is numbered and signed by the House of Mendis founder, W.M Mendis.

But despite its uniqueness and limited numbers, $1 Million for a bottle of alcohol is still absolutely absurd to say the least!

If you’re looking for something completely different, and really don’t care about the taste or the money, then Diva Vodka might be for you.

This is the only Vodka in the world to be filtered through precious gemstones after being filtered the traditional way. After that, it’s poured into a bottle that has a load of Swarovski crystals in a glass tube that runs down the centre of the bottle.

Other than that, you’re paying $1 Million for a bottle of Vodka, which is highly likely to taste just the same as any other good quality brand.

But, who cares, right? If you can afford it, then why the hell not?!

The next most expensive alcoholic drink on the list is Russo-Baltique Vodka.

Costing a whopping $1.35 Million for a bottle, you’re going to really need to love your Vodka to buy a bottle of this stuff.

Related:  The 20 Most Popular Podcasts to Listen to Right Now

The bottles are made to look like vintage automobiles, and each bottle top is made from 100% pure gold with inlaid diamonds.

Don’t worry though, unless you’re a Russian billionaire or oligarch, you won’t be targeted with any crazy marketing campaigns or followed around the internet with ads. It’s aimed solely at the above-mentioned target market, as they’re about the only ones that can afford it!

Kicking off our top 3, is this heritage cognac that costs a massive, $2 Million.

The Cognac itself has been aged for 100 years and the bottle is coated in 24-karat gold, housed in a platinum casing and covered with diamonds.

It looks like something that would be given to a medieval King after battle, as a token of surrender or just the spoils of war.

This bottle of Tequilla occupies second place on our list but hasn’t actually been purchased yet.

They claim that the 6,400 different diamonds on the bottle help to improve the flavour of the tequila, which is why it’s so expensive to buy.

However, it still remains unsold, so it might end up selling for a lot less in the future, we’ll just have to wait and see.

But for now, it remains as the second most expensive alcoholic drink in the world!

It was kind of obvious that the number one spot might be taken by a brand that includes “billionaire” in the name, right?

Well, Billionaire Vodka did exactly that. With a brand motto of “It’s good to be the king”, Billionaire Vodka produces the alcoholic drink entirely by hand and completely on demand. Each bottle uses a top-secret Russian recipe and is made in small micro-batches to ensure exclusivity.

The huge five-litre bottle is covered in approximately 3,000 diamonds and Swarovski crystals and designed by Leon Verre.

Billionaire Vodka is the most expensive alcoholic drink in the world!

We hope you enjoyed our list of the 20 most expensive alcoholic drinks in the world.

Wow! That was impressive. Vodka that costs more than most small businesses make in a year! Crazy, right?!

But still, if you’re in a position to ball like that, then why the hell not!

Here’s a quick recap of the 20 most expensive alcoholic drinks in the world:

Which are your favourite most expensive alcoholic drinks in the world? Leave a comment below. 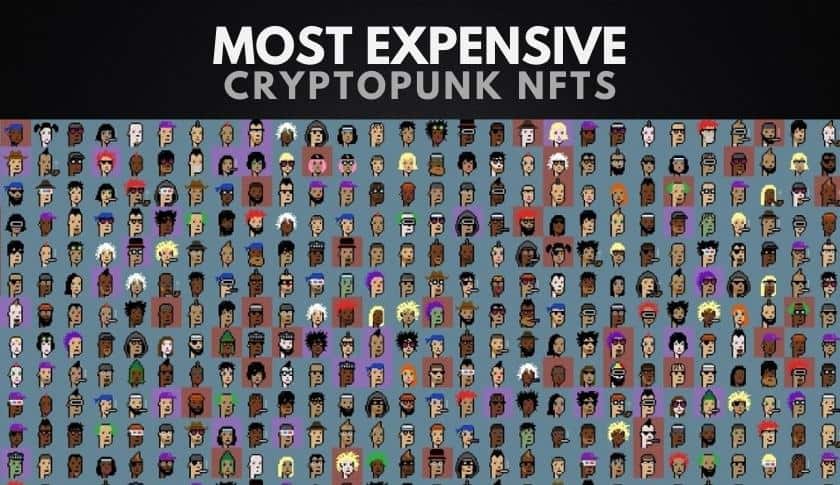 The 10 Most Expensive CryptoPunk NFTs 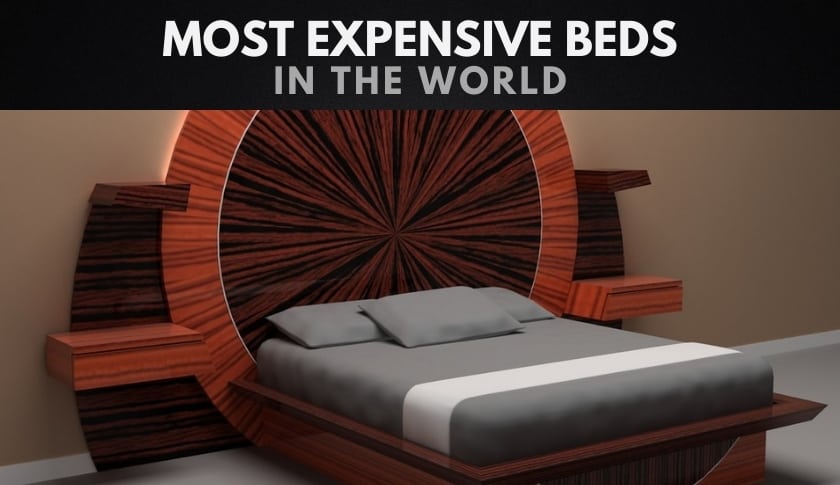 The 10 Most Expensive Beds in the World 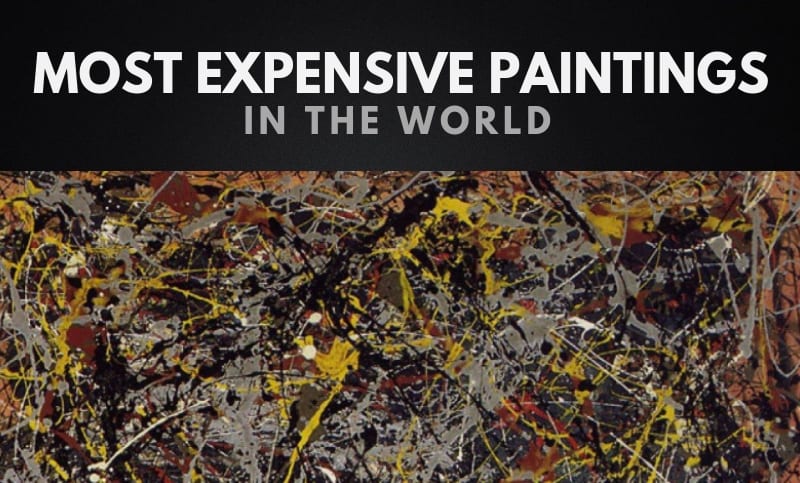 The 20 Most Expensive Paintings In the World 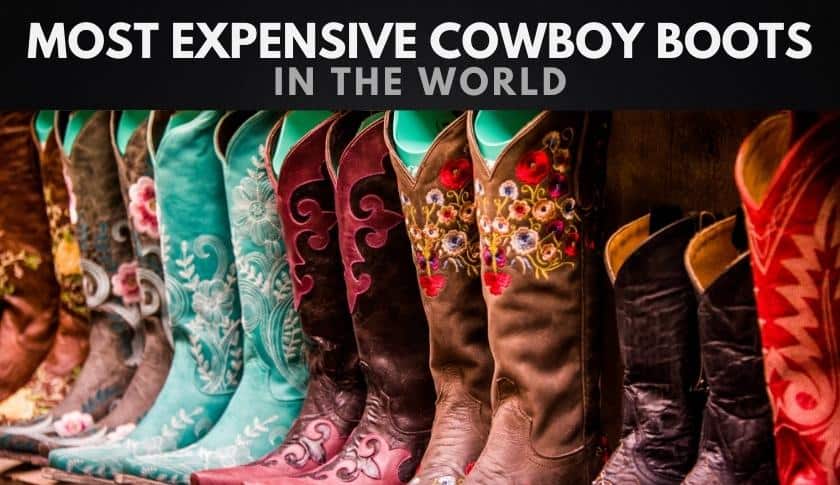 The 10 Most Expensive Cowboy Boots in the World 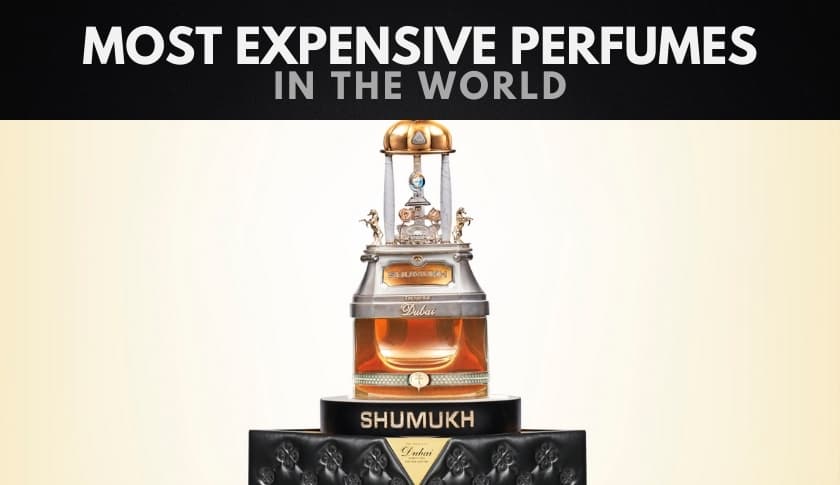 The 10 Most Expensive Perfumes in the World