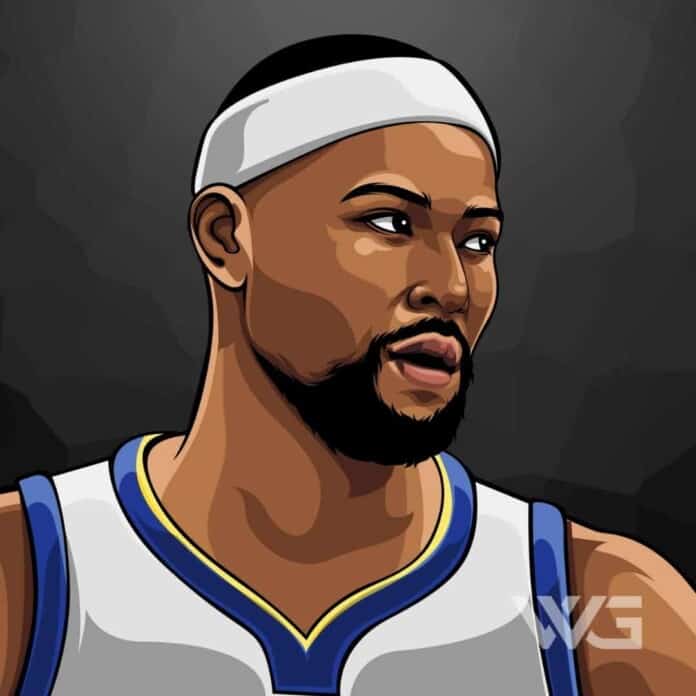 What is DeMarcus Cousins’ net worth?

DeMarcus Cousins is an American professional basketball player for the Los Angeles Lakers of the NBA. Nicknamed “Boogie”, he played college basketball for the Kentucky Wildcats, where he was an All-American in 2010.

As of February 2023, DeMarcus Cousins’ net worth is roughly $37 Million.

DeMarcus Amir Cousins was born on the 13th of August, 1990, in Alabama. He was a first-team Parade All-American in 2009, and played in the 2009 McDonald’s All-American Boys Game, finishing with 14 points and 8 rebounds.

Cousins also played in the 2009 Nike Hoop Summit at the Rose Garden in Portland and the Jordan Brand Classic at Madison Square Garden where he scored 10 points for the black team.

In 2010, Cousins announced that he would forgo his final three seasons of collegiate eligibility and enter the 2010 NBA draft, where he was selected by the Sacramento Kings with the fifth overall pick.

On January 1, 2012, head coach Paul Westphal sent Cousins home from the Kings’ home game against the New Orleans Hornets, saying that Cousins was “unwilling/unable to embrace traveling in the same direction as his team; it cannot be ignored indefinitely.”

In the Kings’ season opener on October 26, Cousins scored a game-high 24 points in a 113–94 win over the Phoenix Suns. He backed that up the following night against the San Antonio Spurs, recording 37 points and 16 rebounds in a 102–94 loss.

After not receiving any outstanding contract offers from other teams, Cousins turned his attention to signing with an elite team with the midlevel exception. Cousins called Golden State general manager Bob Myers about joining the Warriors and followed this by speaking to Kevin Durant, Stephen Curry, and Draymond Green.

He subsequently accepted the Warriors’ mid-level exception, signing a reported one-year deal for $5.3 million on in 2018. In 2019, he signed a one-year contract with the Los Angeles Lakers.

As of February 2023, DeMarcus Cousins’ net worth is roughly $37 Million.

Here are some of the best highlights of DeMarcus Cousins’ career:

“Just the chance to play for a winning culture. I also have a chance to play with some of the most talented players of this era. Those two things alone, that pretty much sums it up.” – DeMarcus Cousins

“Just to put this out there, my favorite by far is Klay. Our short time together in the summers…for him to be as dull as he is, there’s never a dull moment. So, I really enjoyed my time with Klay, but they’re all great guys. Me and Draymond clicked right away. We’re two goofballs that like to joke around a lot, so we clicked right away.” – DeMarcus Cousins

“Rehab has been going great. I’m getting stronger and better every day. I’m progressing weekly, which is positive. And as far as a timetable, we’ll sit down and discuss with the team and figure out what is the best return date. So, to be determined.” – DeMarcus Cousins

“I have to be smart about it. I’m in a unique situation as well, where I’m not needed right away. Time is kind of on my side, so I have a chance to get to 100 percent. When I feel I’m at that point, we’ll make the return.” – DeMarcus Cousins

“It’s important to me because, me being in that situation – and when I say I get out in the community, I get out in the hoods. Like, just to be blunt, I go to the hood. I want to go to the worst, the grimiest place. That’s where I want to be. The reason behind that, those are usually the kids or the communities that kind of get left behind or forgotten about.” – DeMarcus Cousins

Now that you know all about DeMarcus Cousins’ net worth, and how he achieved success; let’s take a look at some of the lessons we can learn from him:

Success has a way of ebbing and flowing, and it’s being able to ride the wave without falling off that the biggest lessons are learned.

Resentment, anger, grudges–these things will destroy your energy and keep you from moving forward. Turn them loose and you can free yourself up for great things.

Believe in your own abilities and have faith in your success.

How much is DeMarcus Cousins worth?

DeMarcus Cousins’ net worth is estimated to be $37 Million.

How old is DeMarcus Cousins?

How tall is DeMarcus Cousins?

DeMarcus Cousins is an American professional basketball player who is considered to be one of the best NBA players. Cousins has won several awards for his outstanding work.

He has been selected as an NBA All-Star several times and he has also won a Gold medal representing the United States at the 2014 FIBA Basketball World Cup in Spain.

What do you think about DeMarcus Cousins’ net worth? Leave a comment below.