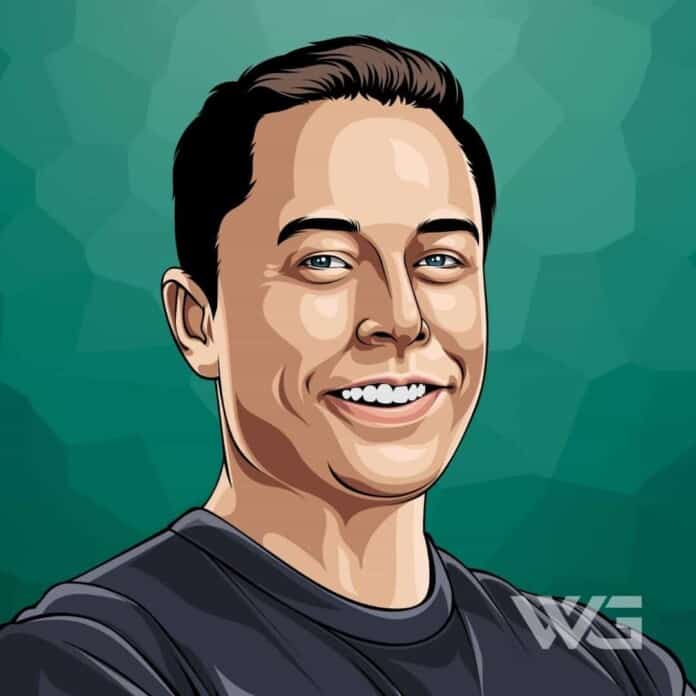 What is Elon Musk’s net worth?

Musk has been a part of many successful startups; he’s the founder, CEO, and CTO of SpaceX; CEO of Tesla Inc.; co-chairman of OpenAI; founder and CEO of Neuralink.

Most people will know that Elon’s original success came from founding PayPal, now one of the most commonly used payment gateways on the internet.

Elon Musk was born in Pretoria, South Africa on the 28th June, 1971. His mother was a model from Canada, and his father an engineer from South Africa. Musk has two younger siblings, Kimbal and Tosca.

At just 10 years old, Elon found his passion with computers. He taught himself computer programming at 12 years old; and created a video game called Blastar, which he sold to a magazine called PC and Office Technology, for approximately $500.

After dropping out of Stanford University to pursue entrepreneurship, Elon, along with his brother Kimbal, founded Zip2.

Zip2 was a web software company, which developed and marketed an Internet “city guide” for the newspaper publishing industry. The company received contracts with the likes of the Chicago Tribune and The New York Times, and was eventually sold to Compaq for $307 million.

With $22 million now in his pocket from the sale of Zip2, Musk founded X.com, an E-Mail payment company. This later became the notorious PayPal, when X.com merged with Confinity.

PayPal became the biggest online payment transfer company, and was acquired by eBay for $1.5 billion in stock. Musk was now $165 million richer.

It was at this time that Elon Musk began to pursue his passion of changing and advancing the world for the better, investing in Tesla, founding SpaceX and Solar City.

The success of these three companies is growing month by month, and is responsible for Musk’s sudden jump in net worth.

SpaceX is advancing space technology, and strives to reduce the cost of human spaceflight by a factor of 10.

Tesla is focused on solving the fossil fuels crisis in the automobile industry, by developing affordable and stylish electric vehicles.

Solar City is the 2nd largest provider of solar power systems in the United States.

Here are some of the best highlights of Elon Musk’s career:

“Some people don’t like change, but you need to embrace change if the alternative is disaster.” – Elon Musk

“When something is important enough, you do it even if the odds are not in your favor.” – Elon Musk

View our larger collection of the best Elon Musk quotes!

Here are 3 success lessons we can all learn from Elon Musk:

1. Don’t Be Afraid to Put Yourself in Uncomfortable Situations

Elon has previously explained that after the sale of PayPal; he invested almost all of the money he received into other companies. He took an incredible risk, and could have easily lost all the money he worked so hard to attain in the first place.

However, Musk had a vision, and that’s why he wasn’t afraid to take the risk. We all know how well it’s paid off for him, considering that 15 years later he’s worth more than 100 times the amount he received from PayPal.

PayPal, Tesla, SpaceX, Solar City; they all have the main focus of being the best solution out there to each individual market they target. Hence, they’ve become so successful because said focus has controlled just how good the end product is.

The reality is that if your end product isn’t good enough, nothing else you do will help you achieve the same level of success.

Musk is changing the world; with space and automobile technology, revolutionising the world as we know it. He wants to, and is making a difference.

This is his vision, his aim, and he directed all of his energy towards it once he had the money to do so. You should always follow your vision, and no one else’s.

How much is Elon Musk worth?

Elon Musk’s net worth is estimated to be $198 Billion.

How old is Elon Musk?

How tall is Elon Musk?

Elon Musk is a man who takes risks. Even after a huge payout from PayPal, he invested virtually all of that money into the likes of SpaceX and Tesla to make his vision a reality.

Elon Musk’s net worth is estimated at $198 Billion, and with his current companies being all about the future, this number is surely only going to get bigger.

What do you think about Elon Musk’s net worth? Leave a comment below.