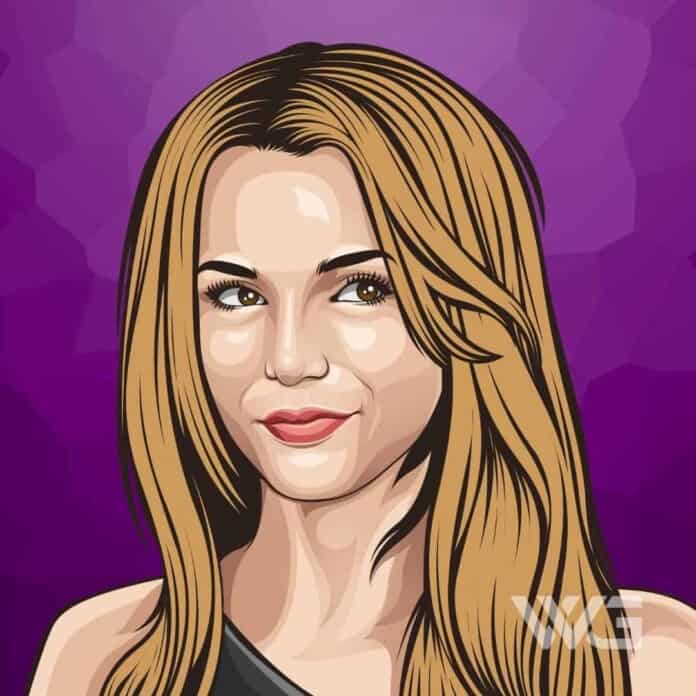 What is Britney Spears’ net worth?

As of December 2022, Britney Spears’ net worth is estimated to be $70 Million and she is currently signed to Jive Records, RCA, and Legacy.

Britney Jean Spears is an American actress, dancer, and singer from McComb, Mississippi. She initially gained recognition when she signed with Jive Records in 1997, and dropped her two first albums, Baby… One More Time (1999) and Oops!… I Did It Again (2000).

Britney Spears was born in McComb, Mississippi on the 2nd of December, 1981.

She was born in the Bible Belt where socially conservative Protestantism was a strong religious influence. She is the second child of Lyenne Irene Bridges and James Parnell Spears.

At the age of 3, she started to take dance lessons in her hometown of Kentwood, Louisiana. She made her first stage appearance at the age of 5 at her kindergarten graduation, and at the age of 8, she was already recognized by Nancy Carson who was a talent agent.

It debuted number one on the U.S Billboard 200 and was certified two times platinum from the Recording Industry Association of America. Her first album sold over 10 million copies in a year, and it became the best selling album ever from a teenage artist.

Her second album Oops!… I Did It Again was released in May 2000. The album became number one in the U.S and sold over 1.3 million copies. This result happens to be a record for the highest debut sales by any solo artist worldwide.

In February 2001, she signed a 7-8 million dollar deal with the soda company Pepsi and released a book co-written by her own mother titled A Mother’s Gift. This same year her third album Britney was released.

Spears has collaborated with some of the best artists and producers in the world, including the likes of Cristina Aguilera, Mariah Carey, Janet Jackson, and more.

Since then she has gained an incredible net worth, she has released multiple albums, sold millions of copies; she is one of the most successful female artists worldwide, and is referred to as the “Princess Of Pop”.

As of December 2022, Britney Spears’ net worth is roughly $70 Million.

Here are some of the best highlights of Britney Spears’ career:

“I guess it’s because I do have a younger audience that, you know, parents worry about the role model thing. But when I was younger, I looked up to people, but I never wanted to be them. I always had my own identity. I’m an entertainer when I’m on stage, and they need to explain that to their kids. That’s not my job to do that.” – Britney Spears

“Vegas is definitely a new challenge, but I wanted to be able to put on a different type of show. You get to do so much more when you don’t have to put your stage in trucks after the show every night – we got to build a venue specifically for my show. It’s going to be more like a party than a typical concert.” – Britney Spears

“For me, success is a state of mind. I feel like success isn’t about conquering something; it’s being happy with who you are.” – Britney Spears

“It’s important to learn to say no. With tours and all of that stuff, there are so many aspects that go into it, it’s easy to have so many people around you saying, ‘Oh yes, yes, you can afford this, you can afford this,’ and then all of the sudden you’ve spent $20 million on your stage, and you’re like, ‘Where’s my money?” – Britney Spears

“In my off-time, I do record. Once in a while, I’ll just go into the studio if there’s a really good song that I have in my head and want to do. I think, as artists, you’re constantly in creative motion. If I stopped writing songs, then that’s a part of me that would stop in my life, and I need a constant motion.” – Britney Spears

Now you know all about Britney Spears’ net worth, and how she achieved success; let’s take a look at some of the success lessons we can learn from her:

1. Never Give Up, There Is Always Hope

Always have hope for the future. A difficult period of your life never last for long, never give up. The best is still to come.

Never limit your skills. The impossible is often untried. Always believe the possibility.

By expressing ourselves and our emotions we can easier take care of the problems in our life. Whatever you are feeling, feel it and express it.

How much is Britney Spears worth?

Britney Spears’ net worth is estimated to be $70 Million.

How old is Britney Spears?

How tall is Britney Spears?

Britney Spears is one of the best female artists in the music industry. She has been working with worldwide artists like Mariah Carey and Janet Jackson, and there’s no doubt that her reputation as the princess of pop will forever remain.

Spears’ net worth is estimated to be roughly $70 Million.

What do you think about Britney Spears’ net worth? Leave a comment below.