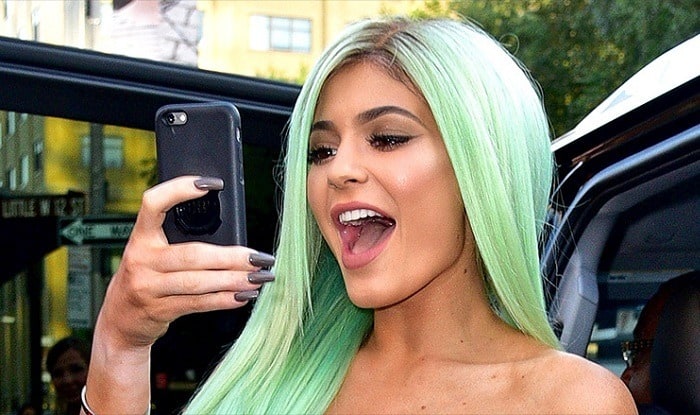 Recent statistics have revealed that the average American salary is $45,552 a year.

This does not seem so bad or depressing but it may come as a shocker to you that makeup mogul and reigning queen of Instagram; Kylie Jenner makes that same amount in just over 2 hours, or 2.38 hours to be precise.

It’s no big news that the Kardashians and Jenners are very rich, but just to put that in perspective, Kylie is only 21 years and those statistics make the facts so real. The businesswoman reportedly made $166.5 million between June 2017 and June 2018.

Jenner’s main source of fortune has always been her cosmetics company, Kylie Cosmetics. The company is one of the most successful makeup brands in history.

It was just over two years ago that Jenner captivated cosmetics fans around the world when she launched with a $29 lip set that consisted of a lip liner and matt liquid lipstick.

Since then, the company has sold over $630 million worth of different cosmetics products, generating sales of $330 in 2017 alone.

Currently, Kylie Cosmetics has an estimated worth of $900 million. And in an undeniable success story, Kylie Jenner owns 100% of the company.

But that’s not her only source of revenue, the reality TV darling has made millions from TV programs and product endorsements including Puma shoes and PacSun clothing. And did we even mention that she constantly earns millions by promoting other products via social media?

The Reality For Us Average-Salaried Peasants

Now, if we take an analytical look at this again. An average American earns $45,552 in a year which means he would have to work for about 10 years straight to get to Kylie Jenner’s daily figures.

So, if you’re a worker making the median salary, you’ll need to see out 3,655 years of work to earn what Jenner did in the past year.

Well, at this point, enough is just enough. Now if you’ll give me a moment, I’m just going to sit in my royal chair and beseech the universe for why life can be so cruel.