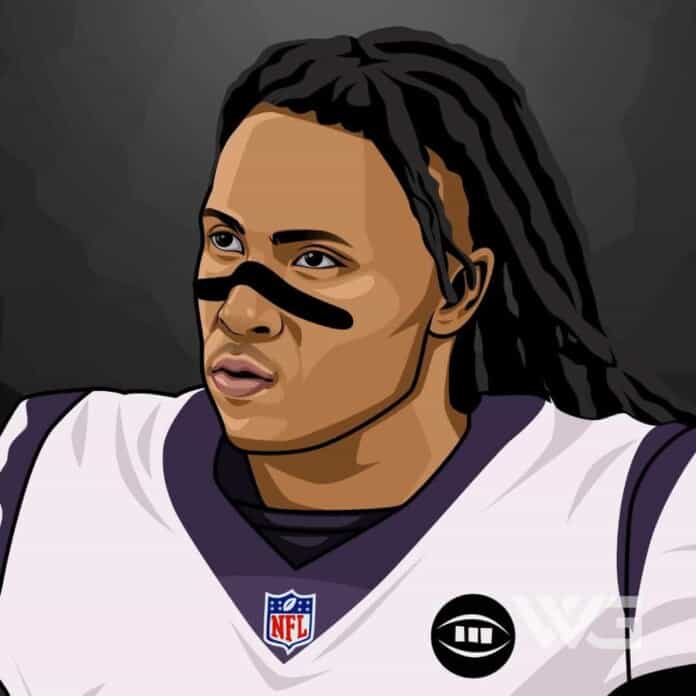 What is DeAndre Hopkins’ net worth?

As of February 2023, DeAndre Hopkins’ net worth is roughly $40 Million.

DeAndre Hopkins is an American football wide receiver for the Houston Texans of the NFL. Hopkins was drafted by the Texans in the first round of the 2013 NFL Draft.

He played college football at Clemson.

DeAndre Rashaun Hopkins was born on the 6th of June, 1992, in Central South Carolina.

His father Harris Hopkins was a full-time drug dealer who was released on probation the night before he had a severe accident that cost him his life.

DeAndre was five months old and with his mother in the car when it happened. Only Harris lost his life in the hospital from his injuries, and he was 25 years old.

Hopkins was drafted as the 27th Overall pick of the NFL and the 10th pick by the Houston Texas in a four-year contract of $7.68 million with a guaranteed $6.18 million including a signing bonus of $3.98 million in the year 2013.

He made his debut in a match with the San Diego Chargers recording 5 receptions and 55yards.

On the 2nd of December 2013, the head coach of Houston, Gary Kubiak, was sacked due to the inferior performance of the team leading to the 10-3 loss of the team.

By the 2015 season, Hopkins had solidified his role in the team as the number one wide receiver. He finished with 111 receptions in 1521 yards and 11 touchdowns, earning his first-ever Pro Bowl nomination and also made the second-team All-Pro.

On the 3rd of August, 2017, Hopkins renewed his deal with Houston Texans, an $81 million five-year contract with a guaranteed $49 million including a $7.5 million signing bonus.

Here are some of the best highlights of DeAndre Hopkins’ career:

“I have gone to some brands directly. I’ve done stuff with Louis Vuitton. They reached out to me actually. They sent me to the Virgil Abloh show in Paris. Gave me a ticket and shit. Shit was dope. [Virgil] urged me to go.” – DeAndre Hopkins

“No, nothing crazy. Something more scalable, something that women can wear every day. But for all different sizes. I don’t believe stuff should be made for the perfect model. I think that’s where we go wrong right now in this day and age: We make stuff that’s not realistic.” – DeAndre Hopkins

“Of course. You get heat for being pictured, man. That’s crazy. I like it when people show their true colors, though. Like, how do you get mad at somebody for wearing something that’s peaceful?” – DeAndre Hopkins

Now that you know all about DeAndre Hopkins’ net worth, and how he achieved success; let’s take a look at some of the lessons we can learn from him:

Success has a lot to do with luck, but it also involves a lot of real hard work. The thing about success is you really can’t gauge things by album sales.

When people see a legend, they call it a legend. But to be a legend, it’s a lot of hard work and patience. You can’t play for five or ten years and be a legend. It takes longer than that.

Hard work most often leads to success, but it’s not every day, and it’s not every week. It will pay off at different times over the course of your career.

How much is DeAndre Hopkins worth?

DeAndre Hopkins’ net worth is estimated to be $40 Million.

How old is DeAndre Hopkins?

How tall is DeAndre Hopkins?

DeAndre Hopkins “Tuk” is a professional American footballer currently playing for the NFL’s Houston Texas. He started his football career in college, Clemson University as the wide receiver, and he was picked in the 2014 draft (first round).

As of February 2023, DeAndre Hopkins’ net worth is roughly $40 Million.

What do you think about DeAndre Hopkins’ net worth? Leave a comment below.