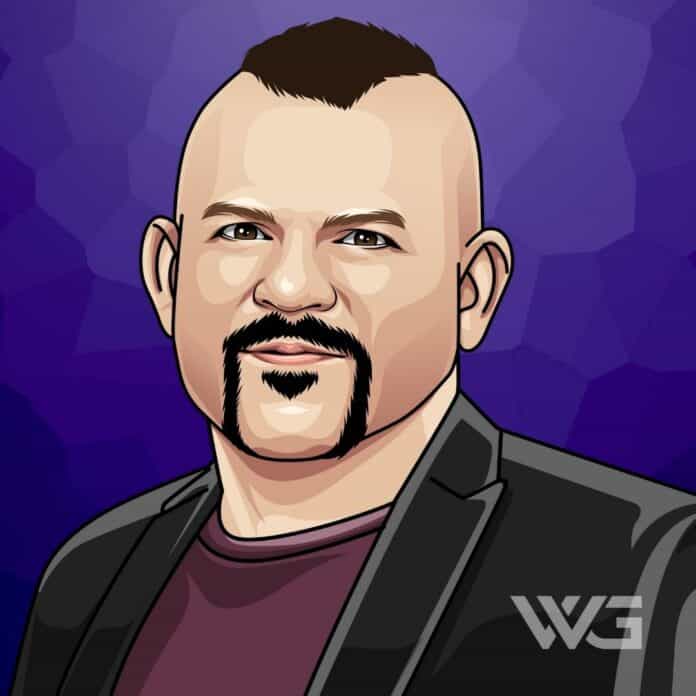 What is Chuck Liddell’s net worth?

As of February 2023, Chuck Liddell’s net worth is roughly $12 Million.

Chuck Liddell is an American former mixed martial arts fighter, who fought in the UFC 23 times and is a former Light-Heavyweight Champion. He’s still currently one of the richest MMA fighters in the world and is included in the UFC Hall of Fame.

At 48 years old, people still highly regard him as one of the greatest light-heavyweights in the history of MMA.

Chuck Liddell was born on the 17th December, 1969, in Santa Barbara, California. He is of Irish decent and was raised by both his mother and his maternal grandfather.

Chuck’s grandfather was responsible for teaching him, as well as his siblings, boxing techniques from a very young age. Liddell began studying Koei-Kan karate at 12 years old. You can see the tattoo on his head today, which reads “Koei-Kan”.

As a teenager, Liddell was a four-year starter on the San Marcos High School football team, playing centre and linebacker. Aside from football, he was also part of the wrestling team, and excelled at the sport.

While growing up in Santa Barbara, Chuck often hung around the Del Playa Drive, which was right in the centre of the party scene in the college town of Isla Vista. He often found himself fighting with drunk college students whilst spending time there.

Liddell became a Division I wrestler at California Polytechnic State University, and graduated with a Bachelor of Arts in Business/Accounting.

He holds an amateur kickboxing record of 20 wins and 2 losses, with 16 of those wins earned by way of knockout. When Liddell started his MMA career, he began to train in Brazilian jiu-jitsu under Jon Lewis in Las Vegas, Nevada.

Liddell first began his mixed martial arts training at 23, and made his UFC debut in 1998. He had a short series of wins after making his debut; and in his first few years, he fought the likes of Tito Ortiz, Vitor Belfort, Kevin Randleman, and many more.

Chuck won the Light-Heavyweight title in 2004 after beating Tito Ortiz. Ortiz believe it was an unfair win, and that Liddell’s finger made contact with his eye. The two fighters have had a strong rivalry ever since that day.

Liddell was entered into the UFC Hall of Fame in 2009, and retired from the sport in 2010. However, since then, he’s made appearances in many different movies, such as Drillbit Taylor, Kick-Ass 2, Fight Life, and War Pigs.

As of February 2023, Chuck Liddell’s net worth is roughly $12 Million, making him one of the richest mixed martial art fighters in the world.

Here are some of the best highlights of Chuck Liddell’s career:

“When someone is fearless, when pain isn’t a factor, it’s impossible to break his spirit.” – Chuck Liddell

“The evolution of the sport is so fast, if you slow down for a second, you’re past.” – Chuck Liddell

“You just have to realize that Jet Li is a movie star. He’s great at what he does, but if he stepped into our world he wouldn’t last long.” – Chuck Liddell

How much is Chuck Liddell worth?

Chuck Liddell’s net worth is estimated to be $12 Million.

How old is Chuck Liddell?

How tall is Chuck Liddell?

Chuck Liddell is one of the richest MMA fighters in the world and had a long and very successful career. You can see from the highlight reel above, just how amazing a fighter he was.

As of February 2023, Chuck Liddell’s net worth is estimated to be $12 Million.

What do you think about Chuck Liddell’s net worth? Leave a comment below.