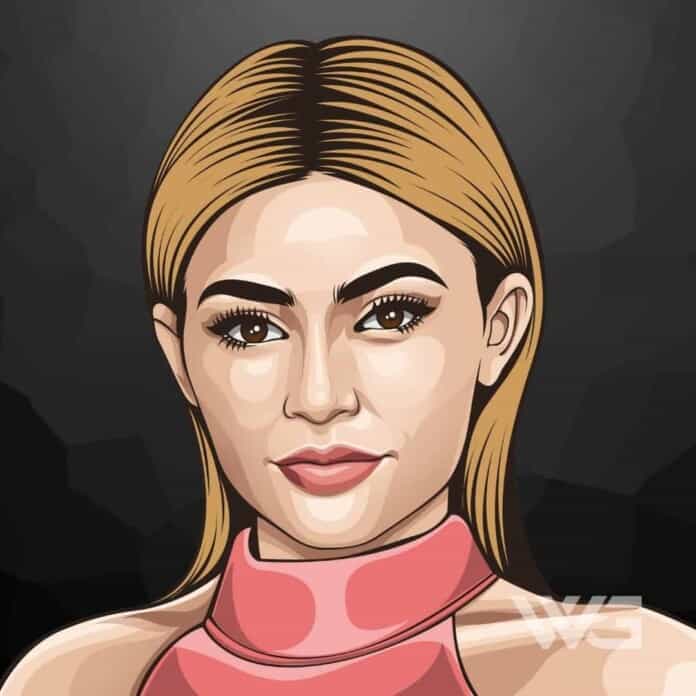 What is Kylie Jenner’s net worth?

As of February 2023, Kylie Jenner’s net worth is estimated at $750 Million, making her one of the youngest billionaires in the world.

Kylie Jenner is an American reality television personality, model, entrepreneur, socialite, and social media personality. You probably know her from the TV show, ‘Keeping Up With the Kardashians’.

Jenner is now 23 years old and has a 2-year-old baby girl with rapper Travis Scott.

Kylie Jenner was born on the 10th August 1997, in Los Angeles, California. She’s the youngest daughter of Caitlyn Jenner and Chris Jenner and is among the famous Kardashian family.

Jenner attended Sierra Canyon School, where she was a member of the cheerleading team. However, in 2012 she became home-schooled and enrolled in an at-home education program. She graduated with a high school diploma in 2015.

It was pretty safe to say that being the youngest child of a very successful socialite family; Jenner was always going to have her part in this success.

Kylie was only 10 years old when she began appearing in the Keeping Up With the Kardashians TV series, and the show set her up for future success after graduating high school.

Since starring in the reality TV series, Jenner has continued to make appearances in other TV shows; as well as receive endorsements for modeling gigs and social media promotions.

She’s recently been in the news for her pregnancy with Travis Scott and gave birth to a little baby girl in February 2018.

Here are some of the best highlights of Kylie Jenner’s career:

“If you’re different, or if you think something about you is just weird and out of the ordinary, I just think that’s so dope.” – Kylie Jenner

“What I think is so amazing about having everything, and feeling like I have everything, is that I don’t really find happiness within materialistic things. Like, it’s cool if I can buy myself a new car, and I think it’s amazing for a week; but then the thrill is over, and I’m like, ‘Oh, so I guess that wasn’t really happiness.'” – Kylie Jenner

“Every time I start to get worked up over something, I just think to myself, ‘Is this really going to matter in my life tomorrow, in an hour, in a year?’ You just can’t get stressed about the little things ’cause it’s just not worth it at the end of the day.” – Kylie Jenner

“I still feel insecure all the time. I feel like it’s just a part of being a human being… and I just learned normal is very boring.” – Kylie Jenner

View our larger collection of the best Kylie Jenner quotes!

How much is Kylie Jenner worth?

Kylie Jenner’s net worth is estimated to be $750 Million.

How old is Kylie Jenner?

How tall is Kylie Jenner?

Kylie Jenner has recently brought life into the world, so it’ll be interesting to see what the next few years bring for her, Travis, and the baby.

What do you think about Kylie Jenner’s net worth? Leave a comment below.

What is Harry Kane's net worth? Introduction As of ,...