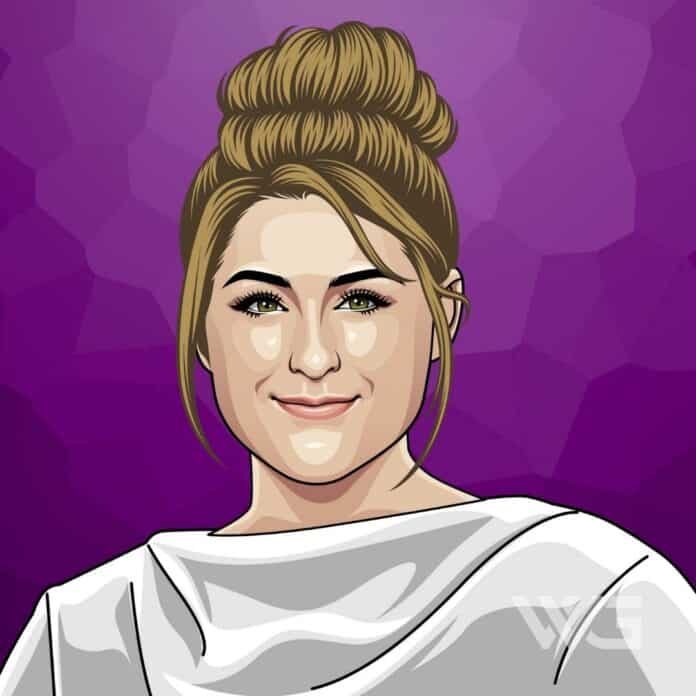 What is Meghan Trainor’s net worth?

Meghan Trainor is an American singer and songwriter.

Her work has been recognized with several awards and nominations; including a Grammy Award, Music Business Association’s Breakthrough Artist of the Year accolade, and two Billboard Music Awards.

Meghan Trainor was born on the 22nd December 1993, in Nantucket, Massachusetts. She’s the middle child of the family and has two brothers, Ryan and Justin.

Trainor was interested in music from a very early age and began writing her own music at 11 years old. The Trainor family was a very musical family when Meghan was growing up, and so it was easy for her to get heavily involved with music.

She wrote her first song by age 13 and also played the trumpet in a jazz band for three years. By this time, her parents were encouraging her to attend music conventions, and at 15 years old she began learning the guitar.

In the early days, Meghan was using the Logic Studio program to produce and record her songs.

Before Trainor’s career took off, she had already released multiple albums independently as a teenager. And in 2009, she received her first accolade, for Best Female Artist.

She signed for Big Yellow Dog Music at the age of 17; interesting name, I know.

After graduating from high school, she traveled to different locations in the US; including Nashville, Los Angeles, and New York City, to help write and produce music.

The single that Trainor is most known for, ‘All About That Bass’, wasn’t produced until 2014. However, it quickly became a viral hit and sold millions of copies across the world. It’s still listed as one of the best selling singles of all time.

Trainor was signed to Epic Records, and since then, has made a very successful career for herself. She’s released 3 studio albums, been nominated for, and even won, multiple music awards for her work.

Here are some of the best highlights of Meghan Trainor’s career:

“I don’t consider myself a feminist, but I’m down for my first opportunity to say something to the world to be so meaningful. If you asked me, ‘What do you want to say?’ it would be, ‘Love yourself more.'” – Meghan Trainor

“Any body type is beautiful. It’s all about loving what you got and rocking it.” – Meghan Trainor

“I totally agree with equal rights and women’s causes, and most of my songs are woman-power, but I don’t want to be labelled at 20 years old.” – Meghan Trainor

“At 18, I got a publishing deal, so I was like, ‘I can do this for real and not go to college.’ When I was a teenager, my parents dragged me to a lot of songwriting conventions.” – Meghan Trainor

“I just think women should love themselves more than they do. Because I think – with all the social media stuff – we look at ourselves too much, and we just destroy ourselves when we’re way cooler than we know.” – Meghan Trainor

How much is Meghan Trainor worth?

Meghan Trainor’s net worth is estimated to be $14 Million.

How old is Meghan Trainor?

How tall is Meghan Trainor?

Meghan Trainor’s career has taken off since her debut single ‘All About That Bass’ was released in 2014.

What do you think about Meghan Trainor’s net worth? Leave a comment below.