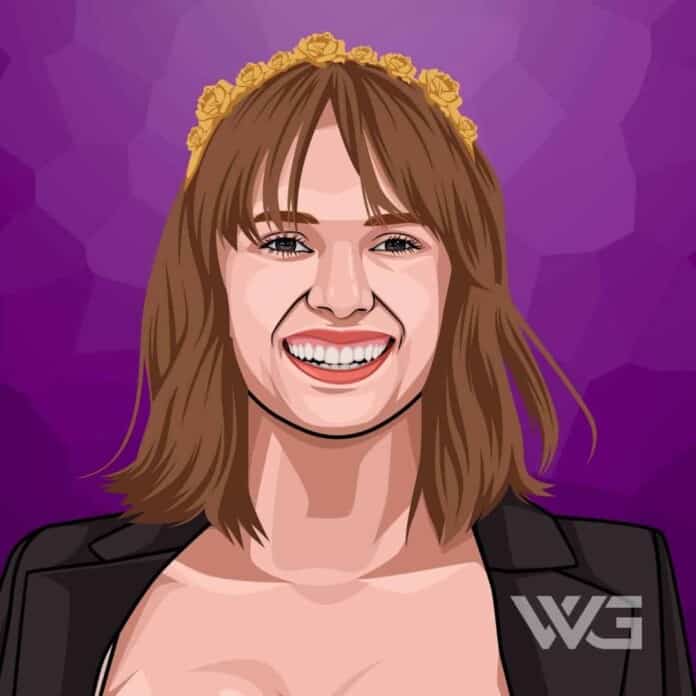 What is Maya Hawke’s net worth?

Maya Hawke is an American actress and model from New York. She is the daughter of actress Uma Thurman and actor Ethan Hawke.

She made her screen debut as Jo March in the 2017 BBC adaptation of ‘Little Women’ and starred as Robin in the third season of the Netflix series, ‘Stranger Things’.

Maya Ray Thurman Hawke was born on the 8th of July, 1998, in New York. She is the older of two children born to actors Ethan Hawke and Uma Thurman.

Like both her mother and grandmother, Hawke modeled for Vogue at the start of her career. She was also chosen as the face of the British fashion retailer AllSaints’s 2016/2017 collection.

Hawke was Sofia Coppola’s choice to play the title role of ‘The Little Mermaid’ in Universal Pictures’s planned live-action adaptation. However, the producers preferred the better-known Chloë Grace Moretz.

In 2017, Hawke made her acting debut in the miniseries adaptation of Little Women’. Hawke’s breakout role came through her co-starring performance as Robin Buckley in the third season of Netflix’s ‘Stranger Things’, which was released in 2019.

In October 2018, it was announced that Hawke will star in Gia Coppola’s sophomore film, Mainstream.

The following year, Hawke released her first two singles, ‘To Love A Boy’ and ‘Stay Open’. The songs were written and recorded by Hawke and Grammy Award-winning singer-songwriter Jesse Harris.

Here are some of the best highlights of Maya Hawke’s career:

“I got to take classes in writing with a fountain pen, and actually, something you make is your own textbook. So, while you’re learning about something, you have to write essays on it, and then you handwrite in cursive, in fountain pen, your essays out on beautiful paper and you bind it together into a book that you hand in at the end of the course.” – Maya Hawke

“In the first two projects I’ve worked on professionally, I’ve been doing ensemble work with other young women, which I think is pretty cool. And they both were directed by and written by women. It’s been a wonderful experience of real ensemble support and women lifting each other up, and I feel really lucky for that.” – Maya Hawke

“Sometimes the world will tell you that you do what you do for a different reason than your reason. And if you let them convince you that that’s your reason, it will become your reason, and you will lose track of yourself.” – Maya Hawke

“As an actor in a film, you have no control over the final product – your job is to make a director’s vision come true. So, you need to have total faith in them and add your own creativity and opinions and energy, but you have to really give over responsibility, and sometimes that can feel terrifying.” – Maya Hawke

Now that you know all about Maya Hawke’s net worth, and how she achieved success; let’s take a look at some of the lessons we can learn from her:

We create our fate every day we live.

Fate leads the willing and drags along the unwilling.

Fate is nothing but the deeds committed in a prior state of existence.

How much is Maya Hawke worth?

Maya Hawke’s net worth is estimated to be $3 Million.

How old is Maya Hawke?

How tall is Maya Hawke?

Maya Hawke is an American actress and model who has modeled for Vogue and Calvin Klein. As an actress, she is best known for starring as Robin Buckley on the television series ‘Stranger Things’ in 2019.

What do you think about Maya Hawke’s net worth? Leave a comment below.