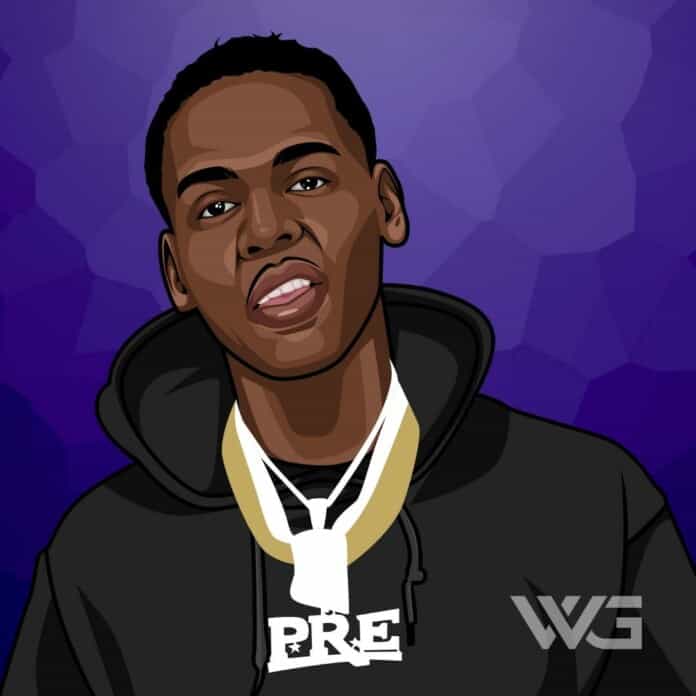 What is Young Dolph’s net worth?

As of January 2023, Young Dolph’s net worth is estimated to be $3 Million.

Young Dolph is an American rapper from Chicago. Dolph released his debut studio album, ‘King of Memphis’, which peaked at number 49 on the Billboard 200 chart.

He has been featured on O.T. Genasis’ hit single “Cut It”, which peaked at number 35 on the Billboard Hot 100.

Adolph Thornton, Jr. was born on the 11th of August, 1985, in Chicago, Illinois. His family moved to Memphis, Tennessee, when he was 2 years old. He has two sisters and two brothers.

In his hit track “Preach”, he rapped, “Mama always in the streets, so guess who raised me?” In his music, he describes a time where his parents were smoking crack.

Young Dolph loved music from an early age. When his grandmother passed away in 2008, he was deeply affected. He turned to music and used rapping as a way to express his thoughts and feelings.

The success of the mixtape encouraged him to delve deeper into the world of music. Over the years, he released several other mixtapes and singles, such as ‘High-Class Street Music’, ‘A Time 2 Kill’, ‘Blue Magic’ ‘South Memphis Kingpin’, and ‘Felix Brothers’.

In 2015, he was featured in the hit single ‘Cut it’ by O.T. Genasis which peaked at the 35th position on the Billboard Hot 100. In 2016, he released his debut album ‘King of Memphis’. It was met positively by the critics. It was also a commercial success, reaching the 49th position on the US Billboard 200.

The same year, he released two more albums: ‘Tracking Numbers’ and ‘Thinking Out Loud’. The former didn’t reach any charts, while the latter reached the 16th position on the US Billboard 200.

Here are some of the best highlights of Young Dolph’s career:

“Because it’s authentic music, and it’s just good music at the end of the day. You make good music, you’re going to get good results.” – Young Dolph

“Mmm … not really, ’cause, like, I know that I like music and all of my friends like music. So, once you put it out, and they were on it for a while, then you give ’em new music. They just love to have music, because it’s easy to get burnt out on new music really fast.” – Young Dolph

“Yeah, I was going to have no features on Bulletproof. But I ended up putting Gucci Mane on it. That’s just my partner. He’s just one of my personal friends. It ain’t no different for him from my homeboys in Memphis. I just have a real personal relationship.” – Young Dolph

“It’s cool. It’s really cool and it makes you feel like you’re in the South. You know you’re in the South. It smell good in the air. You have a good barbecue, good restaurants around the city. It’s a good place, you know what I’m saying? There are certain areas you gotta stay out of, but it’s just like everywhere else in the world, you know what I mean?” – Young Dolph

Now that you know all about Young Dolph’s net worth, and how he achieved success; let’s take a look at some of the lessons we can learn from him:

Knowledge is more than equivalent to force.

Learning is better than house and land.

Young Dolph is an American rapper known for his album, ‘King of Memphis.’ In his career so far, he has released several mixtapes and five studio albums.

He had a difficult childhood and struggled a lot in his early life. As a youngster, he developed an interest in music and sought solace by writing lyrics to vent out his frustrations.

As of January 2023, Young Dolph’s net worth is estimated to be roughly $3 Million.

What do you think about Young Dolph’s net worth? Leave a comment below.