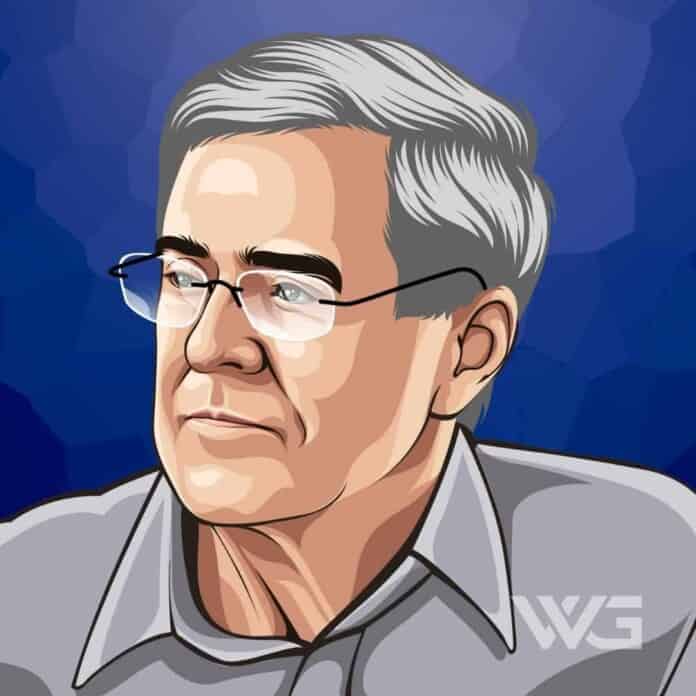 What is Charles Koch’s net worth?

As of February 2023, Charles Koch’s net worth is estimated to be roughly $60 Billion.

Charles Koch is an American philanthropist and businessman who is the co-owner and CEO of Koch Industries. His younger brother David inherited the business from their father, Fred Koch, who had founded the company in 1940.

Koch is one of the richest businessmen in the world, owning 42% of the conglomerate.

Charles Koch was born on the 1st of November, in Wichita, Kansas. Koch is the on to Mary and Fred Chase Koch. His father Fred, was an engineer who later turned to be an industrialist who later founded what was to become Koch Industries. Koch has three brothers: Frederick, David (now deceased), and William.

After Koch’s graduation, he joined Arthur D. Little, Inc. This career lasted for a very short while as he moved back to Wichita in 1961 in order to join his father’s business, Rock Island Oil & Refining Company.

Koch was a hard-working man, determined to expand the family business which had become a medium sized oil firm by the late 1960s.

Koch worked tirelessly to grow the business which is today involved in diverse fields such as energy, fiber, chemicals, polymers, pulp, paper and minerals, and more.

A highly competitive businessman, he worked tirelessly to grow the business which is today involved in diverse fields such as the manufacturing, refining, and distribution of petroleum, chemicals, energy, fiber, intermediates and polymers, minerals, fertilizers, pulp, and paper.

He became the Director of Koch Industries in 1982 and also serves, or has served, as the Director of other corporations such as Entrust Financial Corp. and Georgia-Pacific LLC.

Charles Koch credits his phenomenal success to the business philosophy of Market Based Management (MBM), a concept which he developed.

Koch supports a number of free market-oriented educational organizations, such as Cato Institute, the Institute for Humane Studies, Bill of Rights Institute, and the Mercatus Center at George Mason University.

Here are some of the best highlights of Charles Koch’s career:

“Successful companies create value by providing products or services their customers value more highly than available alternatives. They do this while consuming fewer resources, leaving more resources available to satisfy other needs in society. Value creation involves making people’s lives better. It is contributing to prosperity in society.” – Charles Koch

“Best part of my job is fulfillment. When I see that, that we’re creating value, that we’re helping improve people’s lives, and we benefit from it, so it’s a system of mutual benefit. Our philosophy’s working. That’s what turns me on. That’s what keeps me going.” – Charles Koch

“A classical liberal is someone who wants a society that maximizes peace, civility, tolerance, and well-being for everyone. One that opens opportunities for everyone to advance themselves.” – Charles Koch

“Repeatedly asking for government help undermines the foundations of society by destroying initiative and responsibility. It is also a fatal blow to efficiency and corrupts the political process.” – Charles Koch

Now that you know all about Charles Koch’s net worth, and how he achieved success; let’s take a look at some of the most powerful lessons we can learn from him:

1. Keep Your Head Down and Work

By choice, Koch Industries opted to stay out of the limelight for much of its existence. It did this mainly because it was ingrained in the brothers from a young age, by their father, that humility was a virtue; and that seeking attention, or bringing it upon oneself, would lead to distractions away from a business, unnecessary scrutiny and personal attacks.

The Kochs are now known as controversial, billionaire political activists. But it wasn’t always this way. Charles Koch, a brilliant businessman, made a critical mistake of throwing his company in the middle of his personal political agenda.

Koch Industries originally started as a crude oil refining company (in the 1940s). After establishing its brand as a trusted business within that industry, the company grew into a globally diversified corporation.

Now working in cattle, fertilizer, pulp and paper, minerals and many other industries, Koch used its early success in the oil business to springboard into other lucrative sectors.

How much is Charles Koch worth?

Charles Koch’s net worth is estimated to be $60 Billion.

How old is Charles Koch?

How tall is Charles Koch?

Charles Koch has been the co-owner, chairman, and chief executive officer of Koch Industries since 1967, while his brother David Koch, now deceased, served as executive vice president up until his death in 2019.

As of February 2023, Charles Koch’s net worth is estimated to be roughly $60 Billion.

What do you think about Charles Koch’s net worth? Leave a comment below.